Lilianne Fuller couldn’t be at the Langley Rotary 50/50 Mega Draw in person but she told her fellow Rotarians to call her when they had drawn the winning ticket.

“I had let them know, I’m really sorry, I can’t be there on the draw [day] but let me know who the winner is and I’ll come take a picture.”

The four Rotary clubs working together on the second fundraising 50/50 draw picked the winner at noon on Wednesday, Aug. 18.

“When the phone rang about five after 12, I never gave it a thought,” said Fuller.

She asked who the winner was so she could start her work as the Rotary Club of Langley Central’s public relations chair, and reach out to them for comment and photos for a press release.

“I was going to go take a picture,” she explained. “I’ve been saying to people I didn’t think it was going to be a selfie.”

Jennifer Roy, who chaired the lottery committee, said the name drawn was Fuller. Lilianne was the winner.

Lilianne was stunned and handed the phone to her husband.

“He said this is a joke right?” Lilianne said.

The clubs has sold enough tickets that the prize amount was $125,000.

“We were absolutely amazed and very happy,” Lilianne said.

She and her husband, Tony, had, like last year for the first draw, purchased the eight tickets for $100 package to support the cause.

“Normally we don’t buy lottery tickets or lotto,” she commented. “But this is Rotary, and so we found this would be a way to support our community and support Rotary.”

The couple plans to give a big chunk of the money to Rotary for its community works. They have also earmarked some to help their daughter.

“She’s a single mom so we’d like to see her into a newer vehicle,” Lilianne said.

Tony has said he wants to make a donation to the Nicomekl Elementary lunch program Lilianne helps out at, and there’s other local causes they would like to support.

When it’s safer, the Fullers would like to get back to a favourite pastime – travelling.

The other half of the mega draw stays with the four Rotary clubs of Langley, divided up and used for their community service.

Because of the pandemic, all major fundraising activities done by the Langley Rotary clubs had to be put on hold. The proceeds from the draw are used to honour Rotary’s various commitments. The mega 50/50 draw was sponsored by the Aldergrove Credit Union, G & F Financial, Envision Financial, and Prospera.

Pauline Buck, past president of the Aldergrove club, explained that each club decides which groups or causes to support. Proceeds from this year’s draw will help the Langley Memorial Hospital Foundation, the Langley Hospice Society, the Starfish Backpack program, Langley Meals on Wheels, Langley’s food banks, and the Gateway of Hope.

“A lot of our beneficiary organizations support us with the lottery,” helping to publicize the fundraiser, she said.

Last year the club got a lottery licence for $200,000, unsure of how the new venture would turn out, explained Buck.

“This year we thought, well, this is the second time around” so they went for a licence that allowed them to sell tickets until the jackpot reached $250,000, she added.

Everything is controlled by the BC Lottery Corp. including who can buy tickets. Buck explained that the board of the Rotary Club of Langley Sunrise, which applied for the licence, could not buy tickets. As well there were tight restrictions on the people on the lottery committee who inputted the names into the BCLC computer system.

General members of the Rotary clubs are allowed to buy tickets, Buck explained.

With two successful draws under their belts, the four clubs are looking to the future.

“We’re planning on doing it again next year and what we’re planning for next year… is we’re going to do our Ribfest event again,” Buck explained.

The mega 50/50 draw gets underway next May and the selection of the winner is slated to take place on the final day of Ribfest which would take place in August. 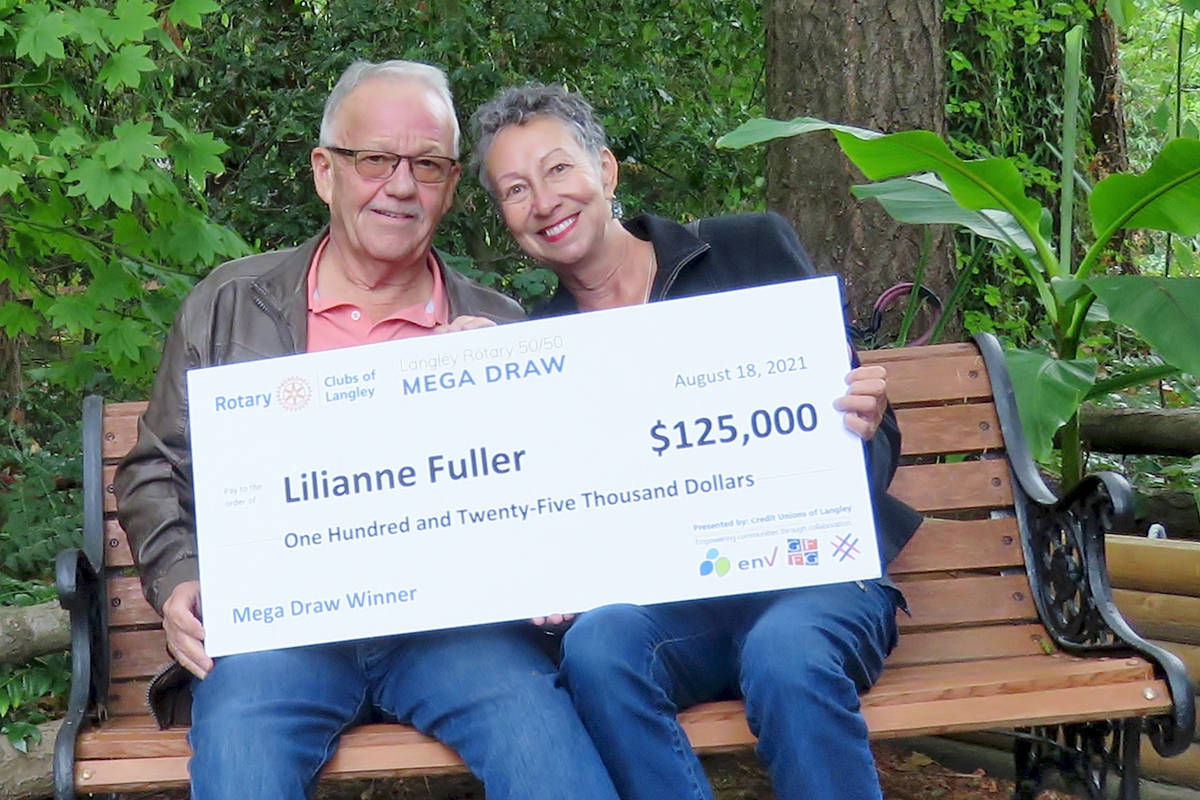 VIDEO: Help pours in for Henry