Lineups for the resurrected RibFest in Langley started before the gates opened, and continued inside, as people lined up at “Ribbers” with names like “Smoke Dem Bones,” “Prairie Spice,” and “Boss Hogg’s” to sample their wares.

Running from Friday, Aug. 12, to Sunday, Aug. 14 next to McLeod Athletic Park, it was the first RibFest since 2019, after the four Langley Rotary clubs that organized the annual fundraising event closed it down for two years in a row due to concerns about COVID-19.

READ ALSO: Plans for Langley RibFest shelved for second year in row due to COVID-concerns

Beginning Friday, Aug. 12 at McLeod Athletic Park, located at the northwest corner of 56th Avenue and 216th Street, the event was presented by Langley’s three credit unions (Envisions, G&F Financial Group, and Prospera) and hosted by the Rotary clubs of Langley.

The sprawling site featured a lineup of rib outlets, along with other dining options that included treats like ice cream and mini-doughnuts, as well as a kid zone with everything from face painting to a Fraser Valley Bandits basketball challenge and a used book sale, along with a chance to play the latest Nintendo games. 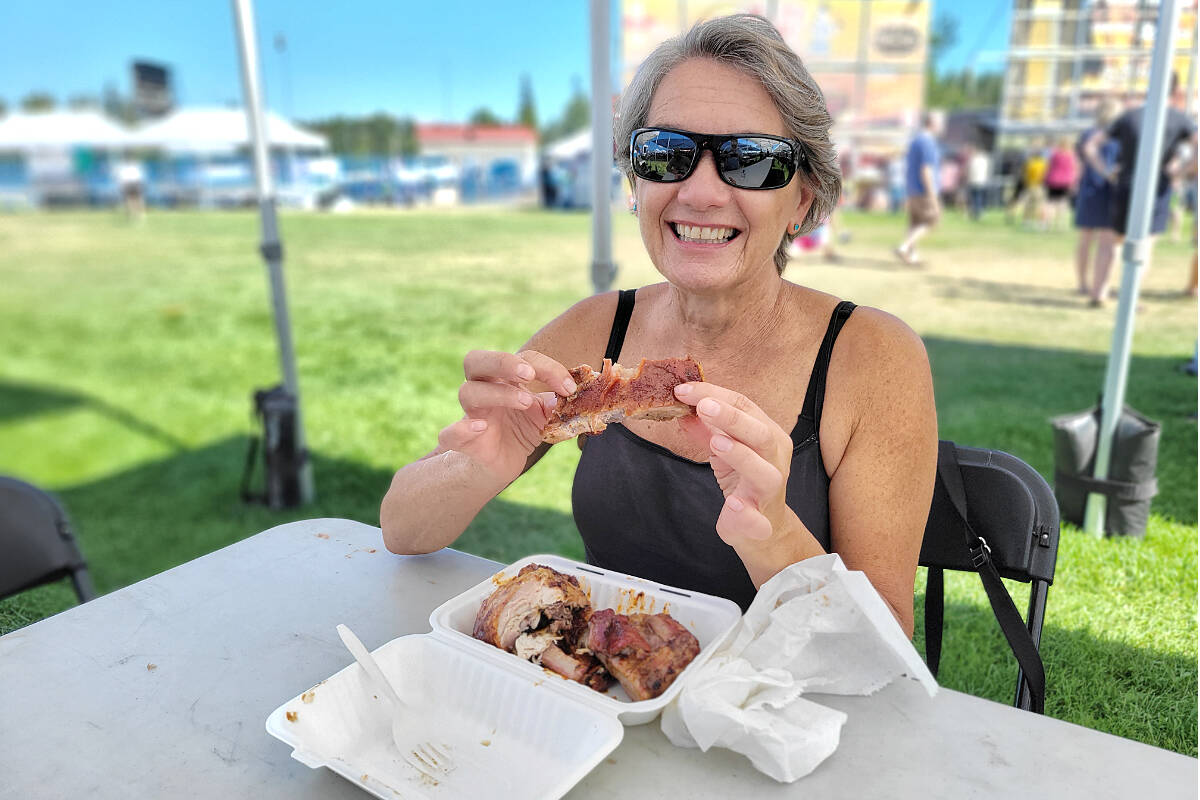 A visitors sampled some ribs on Sunday, Aug. 14 at the Langley RibFest. (Dan Ferguson/Langley Advance Times)

A site-wide licence allowed visitors to consume beer, wine and cider and other adult beverages while waiting in line for ribs.

This year, the clubs were hoping to do better, and they did.

As of the sales deadline of midnight, Sunday, August 14, a rough estimate put the amount raised at $285,00.

Next is the 50/50 Draw, which is set for Friday, August 19, noon, at the Derek Doubleday Arboretum. 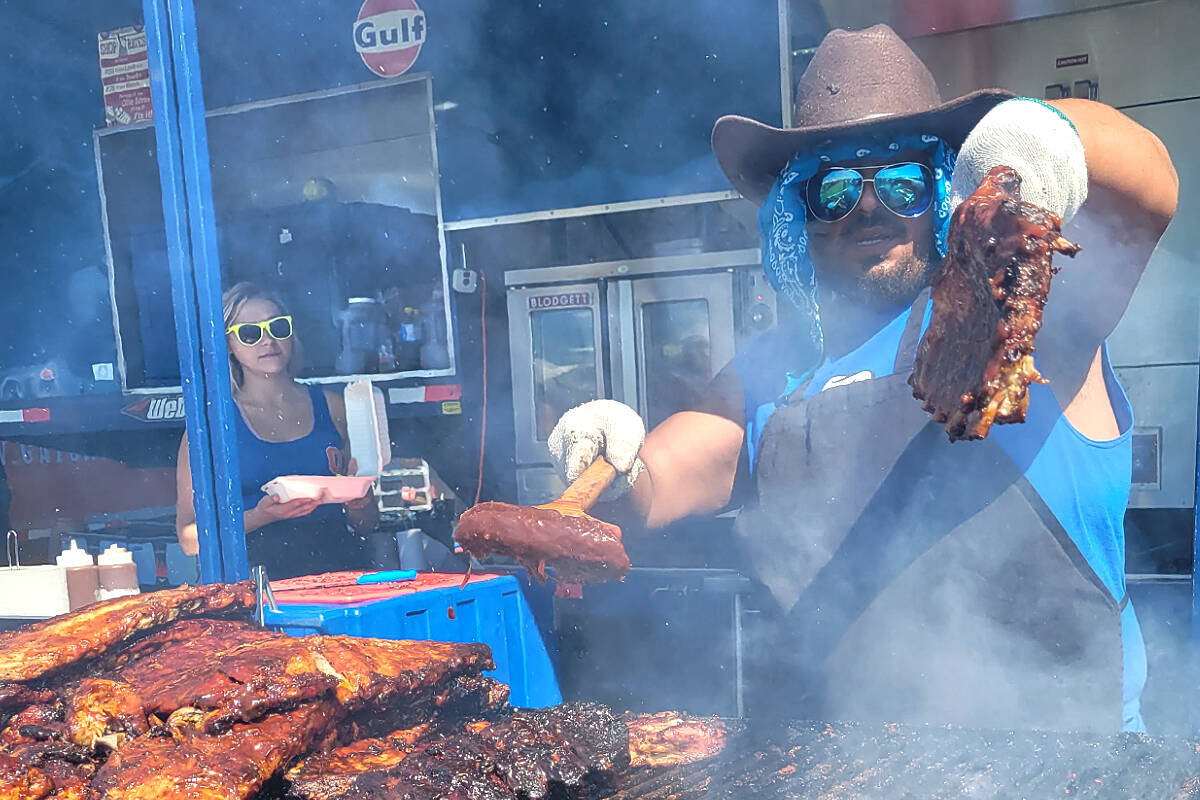 Applying sauce through a haze of smoke, Boss Hogg’s was one of several “ribbers” at at the Langley RibFest on Sunday, Aug. 14. (Dan Ferguson/Langley Advance Times) 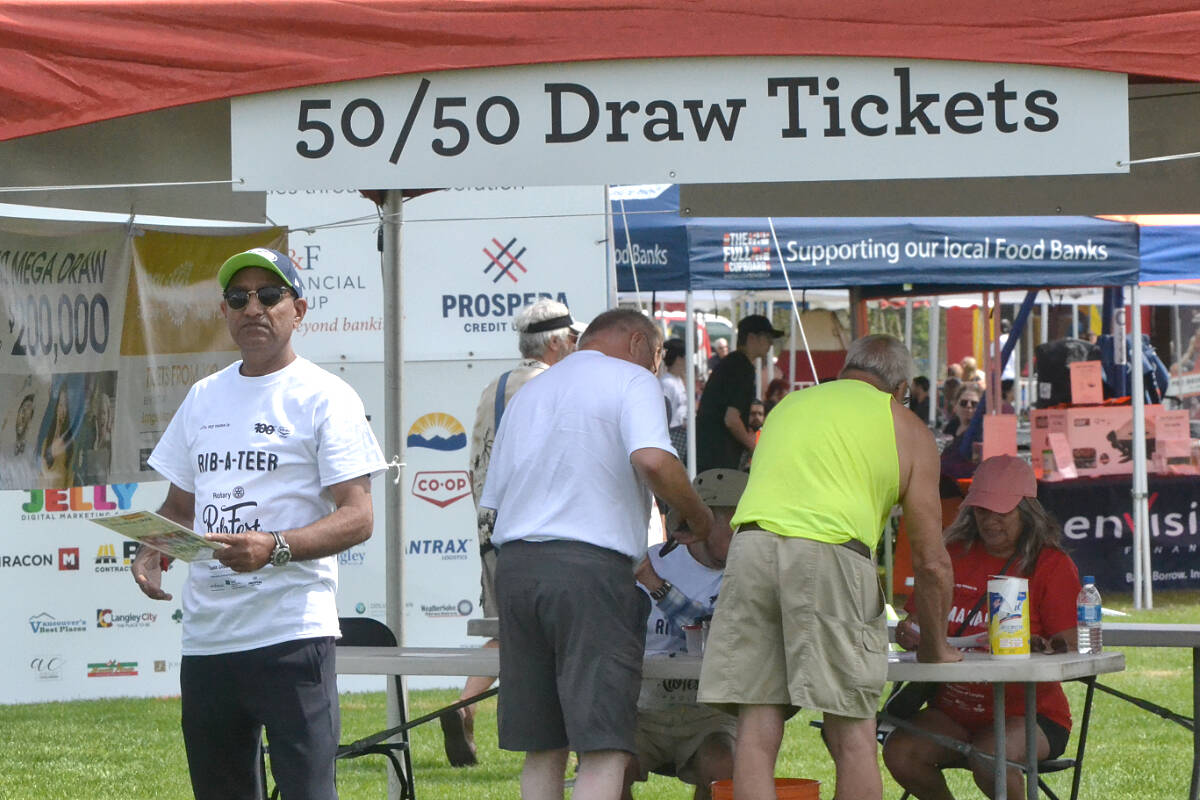 This year’s 50-50 ticket fundraiser had reached about $285,000 by the close on Sunday, Aug. 14, according to a preliminary rough estimate by the Rotary clubs of Langley. (Tanmay Ahluwalia/Langley Advance Times)

Abbotsford family honoured for more than 100 years of farming

PODCAST: Jason Heit: From the boxing ring to security for the stars