The weather was perfect Sunday (April 22) and the racers were enthusiastic.

It was the 41st annual Soap Box Derby put on by the Langley Evangelical Free Church (LEFC), featuring father-and-son teams and their home-built, gravity-powered vehicles.

“We had a fantastic day,” said Chris Stein, one of the organizers.

This year, there were 27 competitors lining up to roll down a gently sloping hill at 18th Avenue just off 200 Street, with a wooden ramp to give them a little extra speed at the start.

That was a substantial increase from the 17 the year before.

There were plenty of hay bales along the road to provide a soft landing for cars and drivers, and at least one competitor ended up putting them to the test during the warm-up runs when a crucial steering component snapped, sending him veering into the safety barrier. The driver did not appear injured.

The three fastest drivers were first-place “A” category finisher Tony Dyadiguroff, the overall winner from last year, who returned with his spartan, aerodynamically efficient car.

The big change, Dyadiguroff said was the addition of some red racing stripes to the otherwise monochrome colour scheme.

Connor Stevenson, Alex Howald and Jayden Demers were top three in the “B” category.

Reegan Vis, a first-time competitor, won for “best new construction” and Adam Ufimtseff won for “best paint” by one of the young competitors (done without the assistance of a parent).

The soapbox derby program is operated by the LEFC and the Christian Service Brigade.

“The soapbox race is one of the highlights of our year which includes weekly meetings where the leaders get to know the boys through fun and challenging activities and games, with some weekend hikes and special events spread throughout the year,” said Stein. 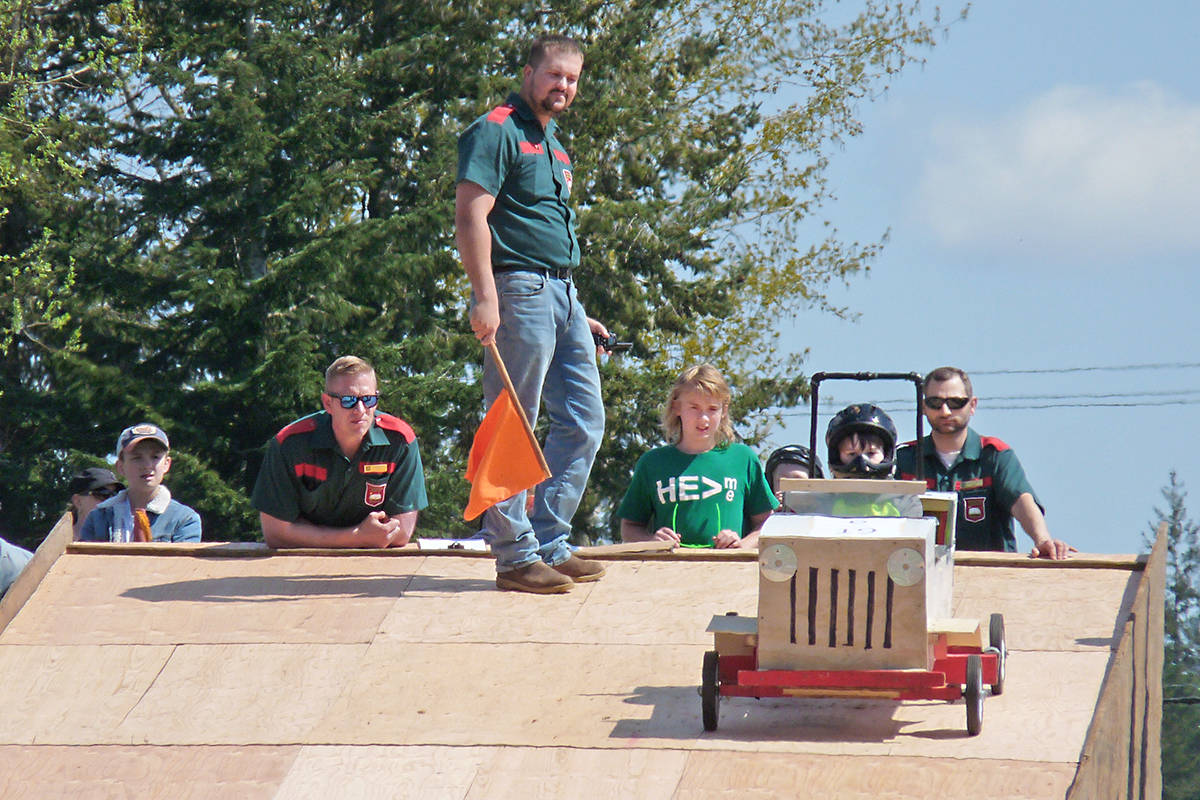 Has your child always wanted to be a police officer?