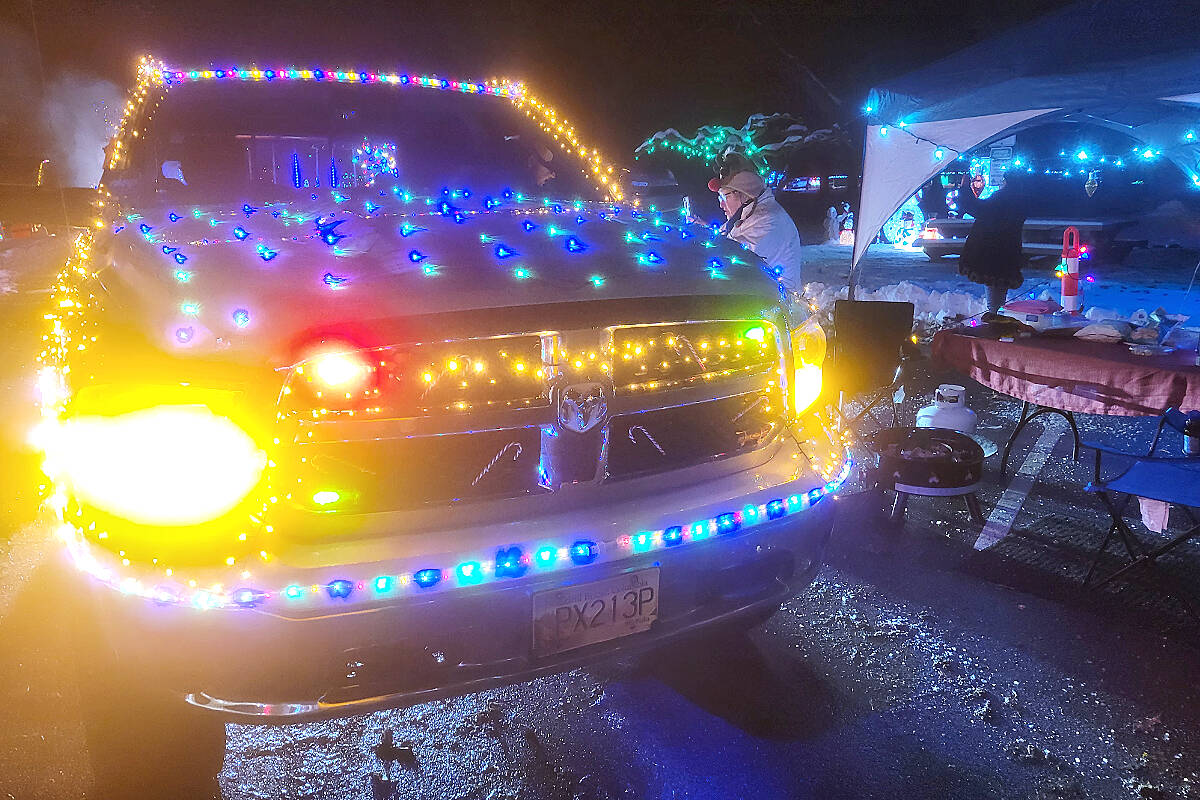 About a dozen brightly lit four-wheel-drives cruised through the Williams Park display on Saturday, Dec. 3. The members of the Four Wheel Drive Association of B.C., a non-profit volunteer group said they wanted to show support for the volunteers who put on the annual event each year. (Dan Ferguson/Langley Advance Times) 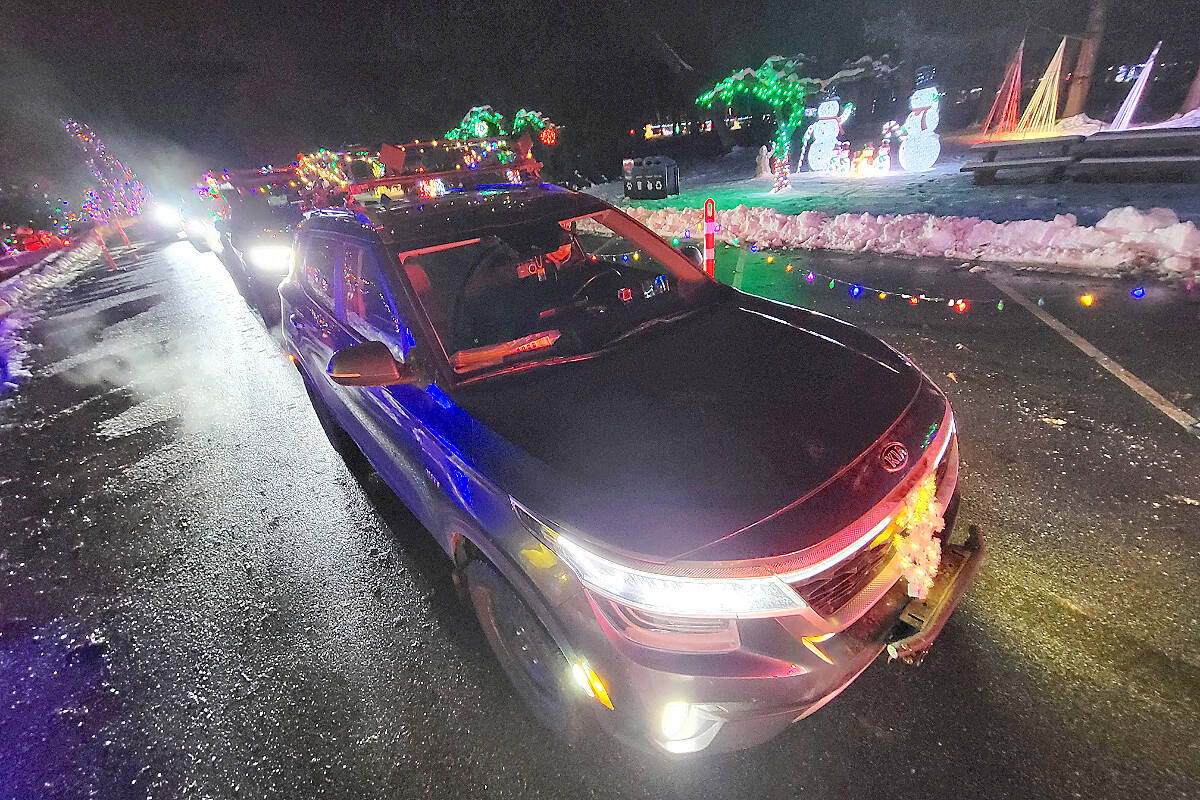 Members of the Four Wheel Drive Association of B.C., a non-profit volunteer group, were among hundreds of visitors to the Williams Park Christmas light display on Saturday, Dec. 3. The display is open till Dec. 18.(Dan Ferguson/Langley Advance Times) 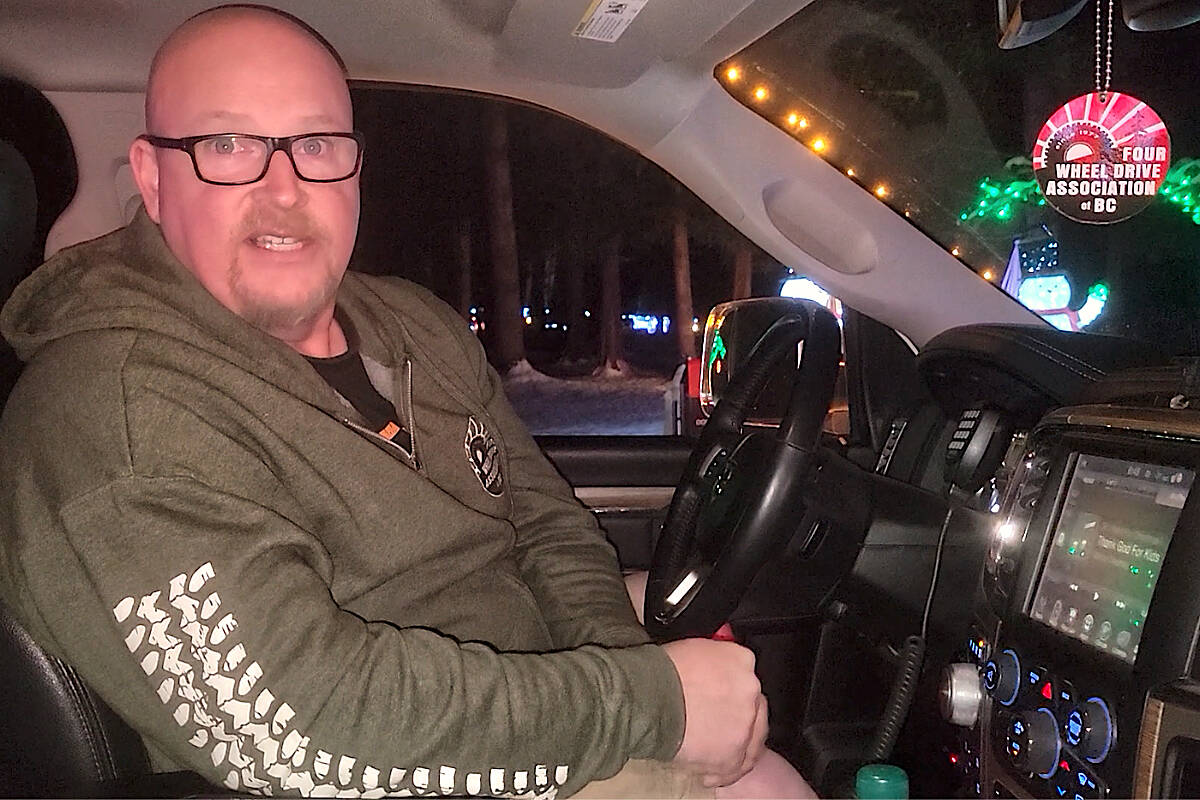 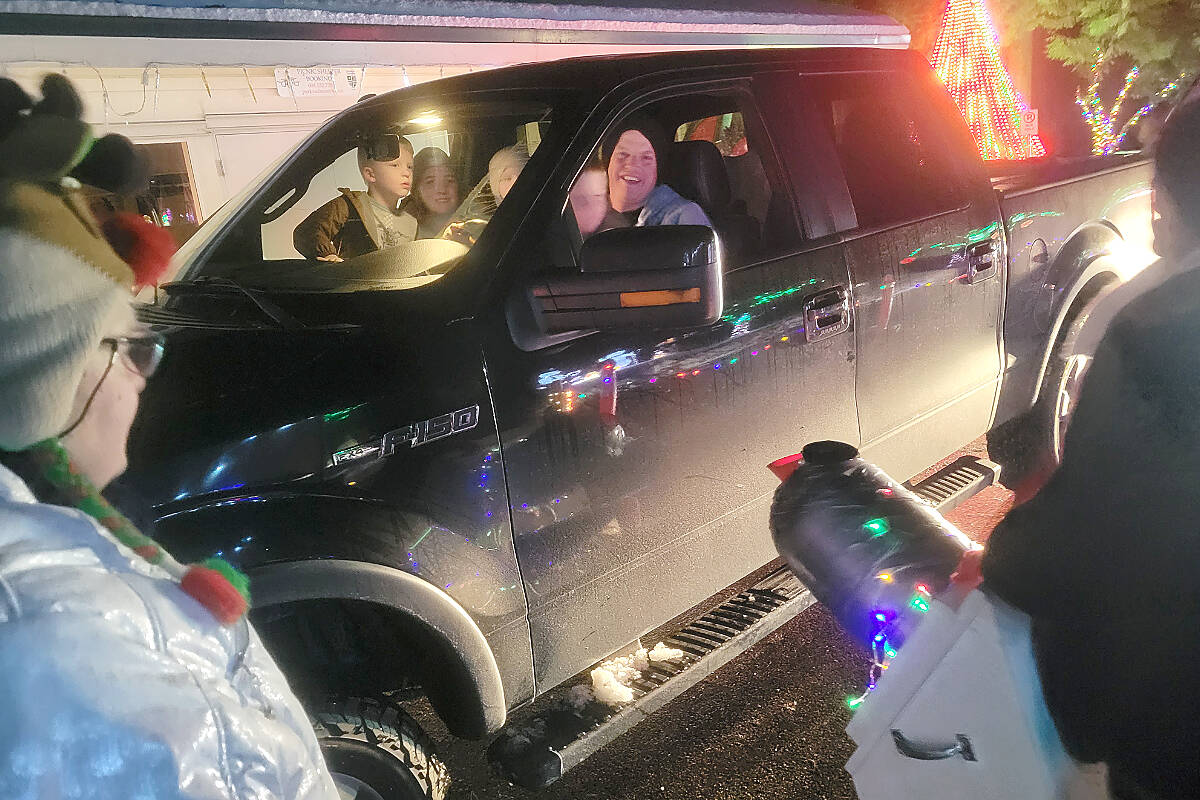 Volunteers Kathy McMahon (left) and Vicki Asada (right) greeted one of many families who toured the Williams Park Christmas lights display on Saturday, Dec. 3, many of them making more than one circuit. (Dan Ferguson/Langley Advance Times)

It’s been a busy Christmas season so far for the Williams Park lights displays in Langley, with hundreds of people driving through on some nights.

On Saturday, Dec. 3, a clear, cold evening, Christmas in Williams Park Society volunteers Vicki Asada and Kathy McMahon were on their feet almost the entire time, as driver after driver slowed up at the end of their trip to make donations that will go toward the cost of future light displays.

“We’ve had one sit-down for about a minute,” McMahon estimated, as dozens of cars lined up at the outdoor shelter where the seats, unused, and snacks, unopened, were stashed next to a propane fire pit for heat.

“We’re looking for volunteers,” Asada cheerfully told one driver when they praised the pair for their efforts.

Among the visitors on Saturday was a convoy of about a dozen brightly-lit four-by-fours, members of the Four Wheel Drive Association of B.C.

Travis Ketcheson, in the lead truck, said the hundreds of lights that covered his pickup were all LEDs that didn’t draw much electricity, and could run off his truck’s stock internal power.

“I thought it would be really cool [to visit the light display] because its a volunteer-based thing, put on by people who like to do it, and it’s kind of how we operate with our association, too,” Ketcheson told the Langley Advance Times. 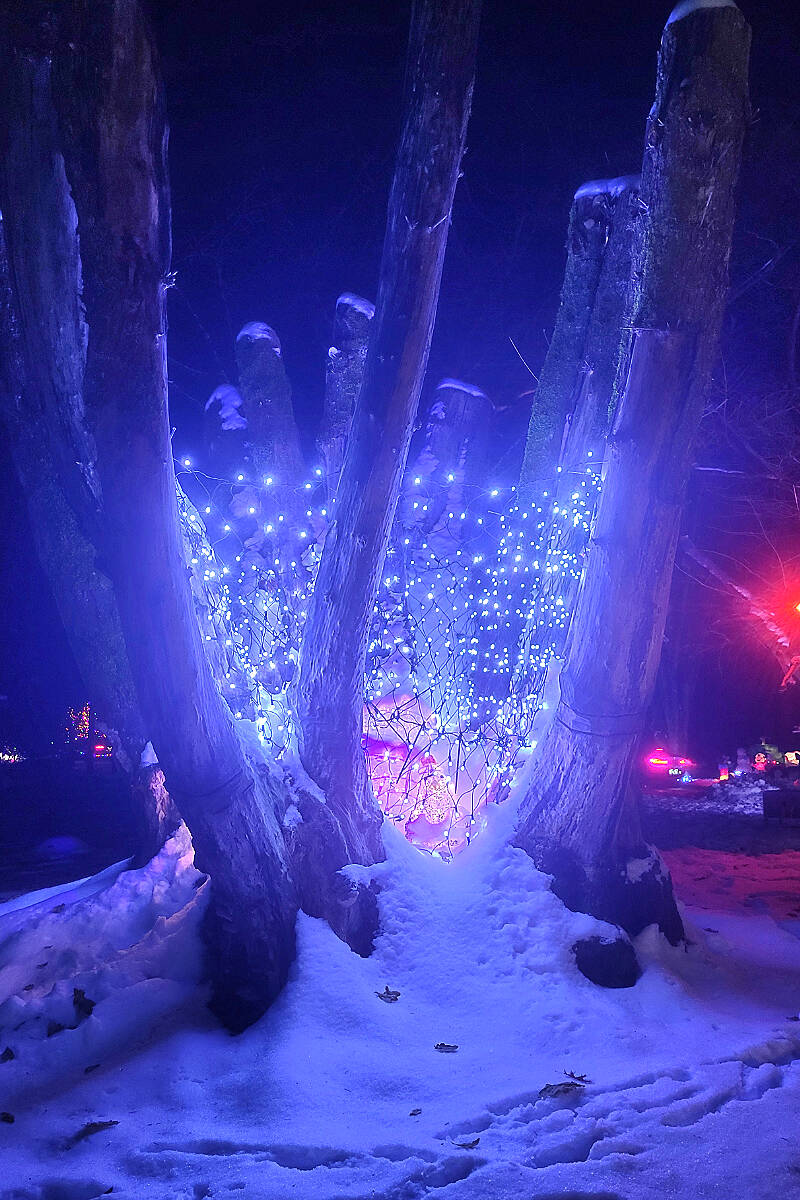 Christmas in Williams Park is open every night until Sunday, Dec. 18 from 5 to 9 p.m., weather permitting.

Visitors are advised to visit the “Christmas in Williams Park Society” Facebook page before they go.

More photos can be seen at the Langley Advance Times Facebook page.