Once upon a time, the sport known as the Game of Bowls was considered a subversive activity that weakened the military prowess of the British and was subject to stern penalties.

These days, the sport is more often called lawn bowling and it is practised mostly by older players in the peace and quiet of sites like the Langley Langley Lawn Bowling Club.

Outside Canada, it’s a little different, Club president Barbara Miller noted during a recent open house at the club, a well-manicured stretch of green grass with room for multiple games, located near Langley City’s Douglas Park at 20471 54 Ave.

“Worldwide, the average age of bowlers is about 28 years old,” Miller said .

But if you are a senior, the game is a good choice, she said.

“There’s bending and walking and stretching. Keeps you active and moving and it’s always outdoors in the nice fresh air.”

It was June 3, the very first National Bowls Day in Canada, National Health and Fitness Day and the day that the Participaction Play List, a cross-Canada promotion designed to get Canadians sampling unfamiliar sports applied the spottlight to lawn bowling, which is is number 50 on the 150 activities on the list.

About a dozen novices were trying the game for the very first time.

Newcomer Marie Isaac explained she was looking for options after her husband, an “avid” curler, required knee replacement surgery and had to give up the sport.

Lawn bowling could be an acceptable plan B, she thought.

After playing awhile, it was beginning to win her over.

“It looks like a group of people that enjoy being together and have fun.”

Miller told one visitor it is better to take up bowling earlier than later.

“I was born in England and raised in England until I was 11 and my grandfather lawn bowled. I always said that when I retired, I would take up lawn bowling, which I did. And once I did, I regretted that I hadn’t taken it up earlier, because the earlier you start, the much better bowler you are.

“And when you want to get into competition, which I like to try and do … it’s much, much better to start earlier.”

Lawn bowling is played on a large, level surface of grass or artificial turf called the “green,” surrounded by a shallow ditch divided into separate rinks.

Between one and four people can play at a time, with the “leads” first to bowl and the “skips” going last.

The sport probably started in the stone age with cavemen rolling rocks on the ground.

There are records of organized lawn bowls being played as far back as the 12th century in Britain.

The unique shape of the balls used in modern lawn bowling was introduced in the 1500s, supposedly because the British Duke of Suffolk broke a ball during play and the impatient nobleman replaced it by sawing off an ornamental ball from a stair banister, leaving one part flat and sending the ball curving at the end of its run, instead of continuing on a straight line.

Edward III, Richard II and Henry IV all tried to limit bowls and other sports, including tennis, banning “low-born” people from taking them up and setting heavy fines for those who disobeyed.

Queen Mary complained that the game of bowls was being used as an excuse for “unlawful assemblies, conventiclers (a secret or illegal religious meeting), seditions, and conspiracies”.

The ban was pretty much ignored by most in the British Isles until the restrictions were finally, formally, lifted three centuries later by Queen Victoria.

The Langley Lawn Bowling Club was founded in 1979 and has been in operation since 1982, when the Douglas Park lawn bowling green was built by the City of Langley, with funding from the Langley Rotary Club and the provincial government of the day.

The club offers drop-in sessions on Tuesdays and Fridays at 6:45 p.m. 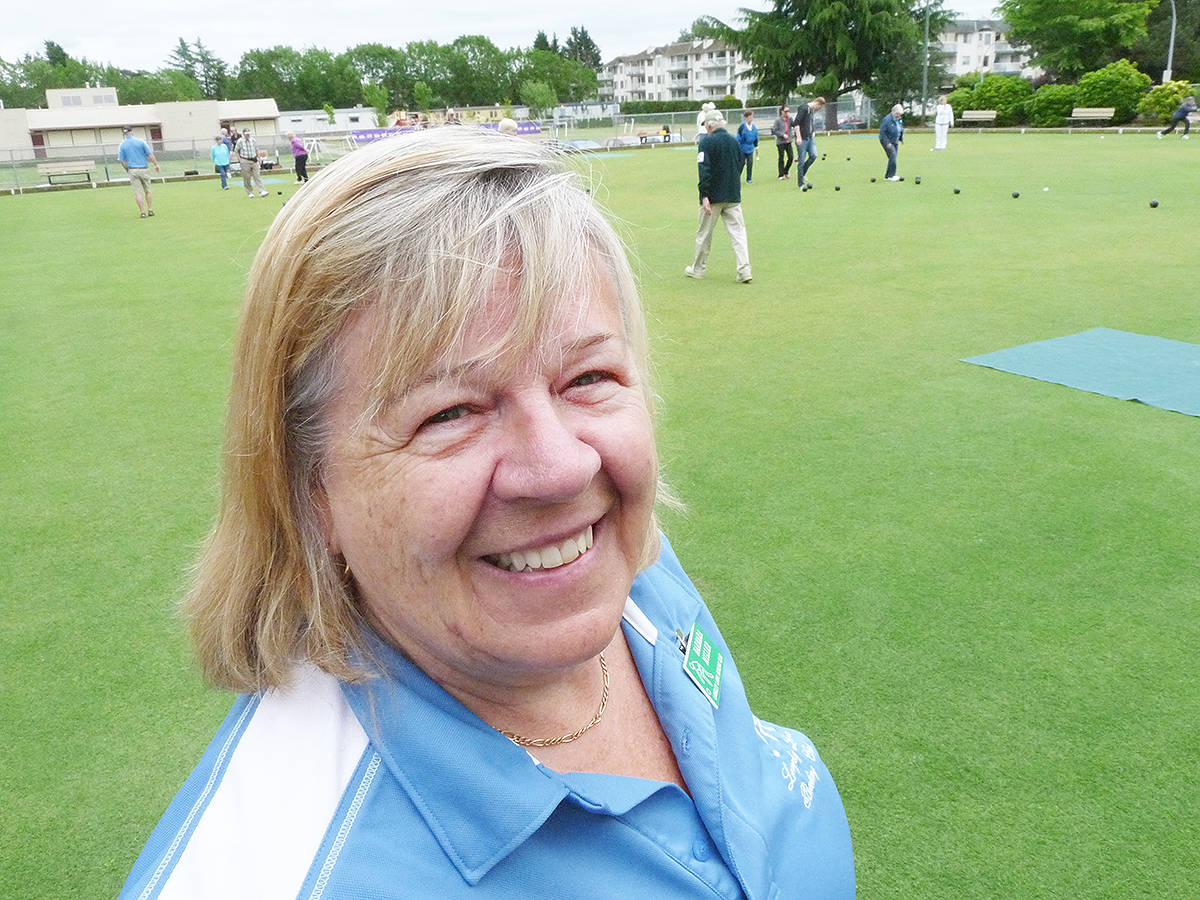 Langley Throwback Thursday: What does this photo say to you?

Time to speak up about elder abuse