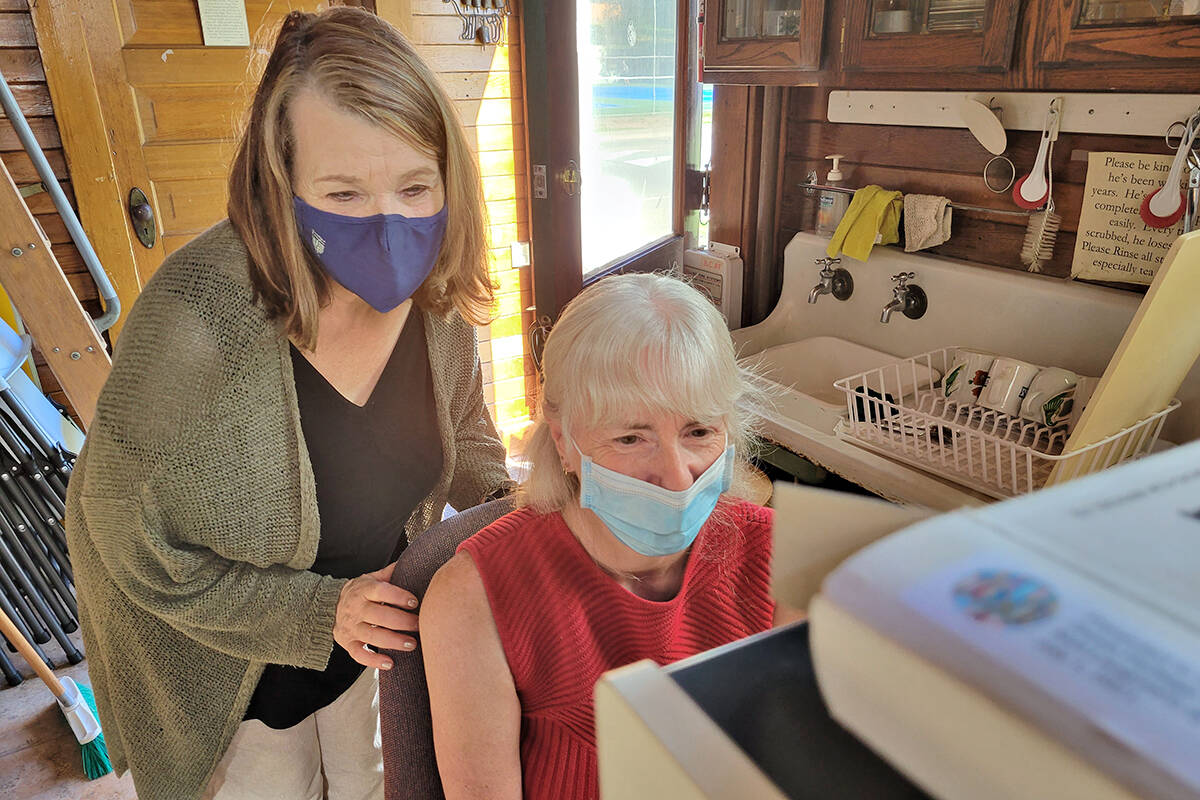 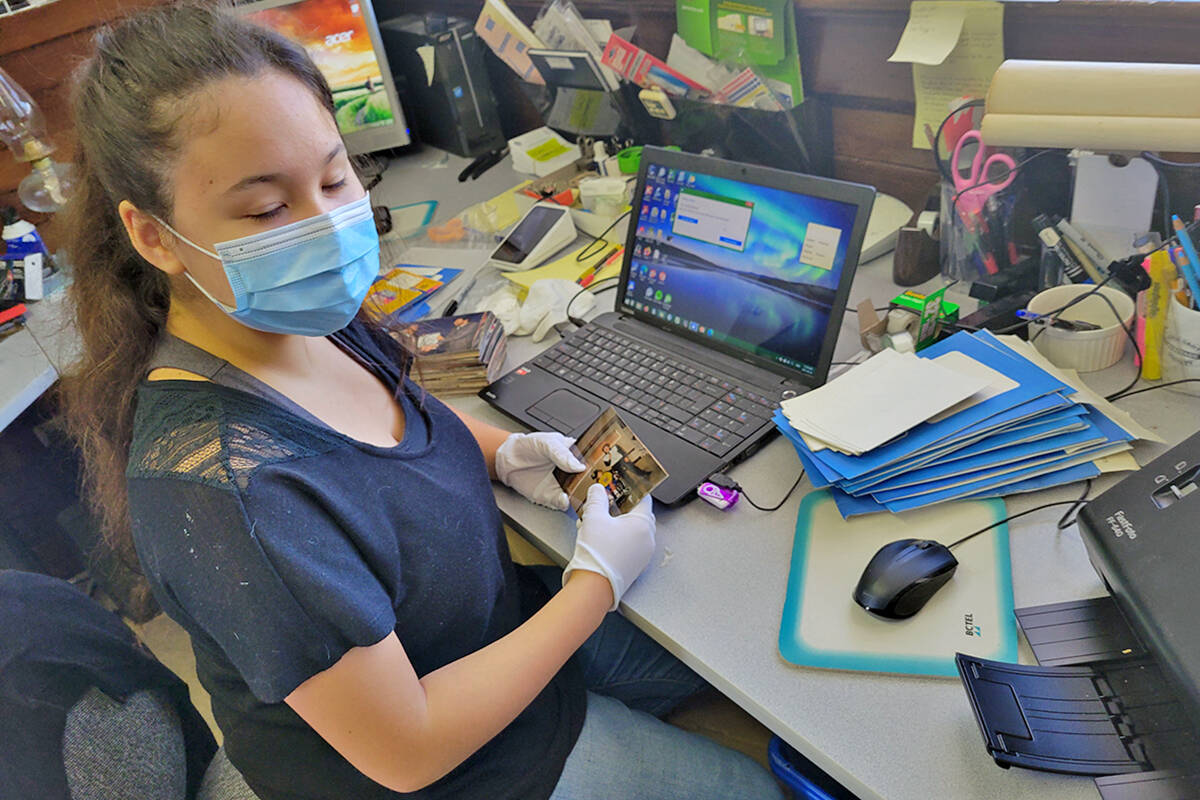 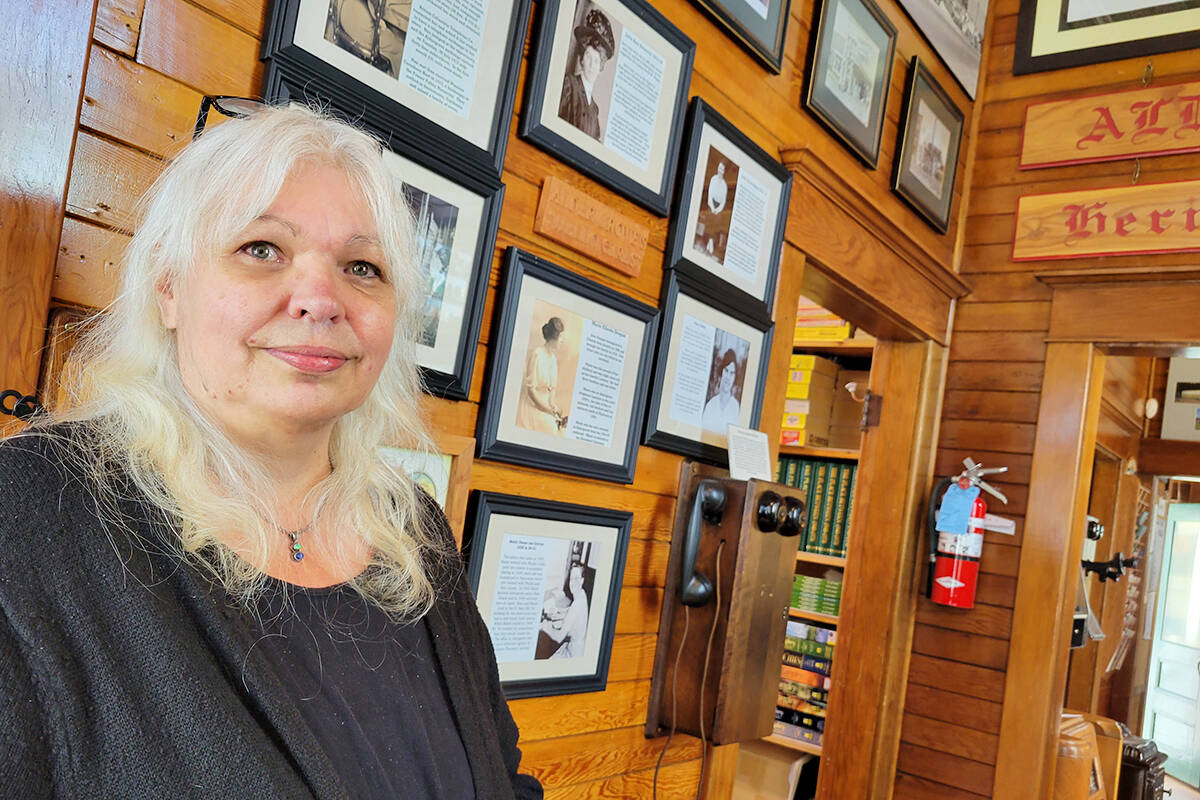 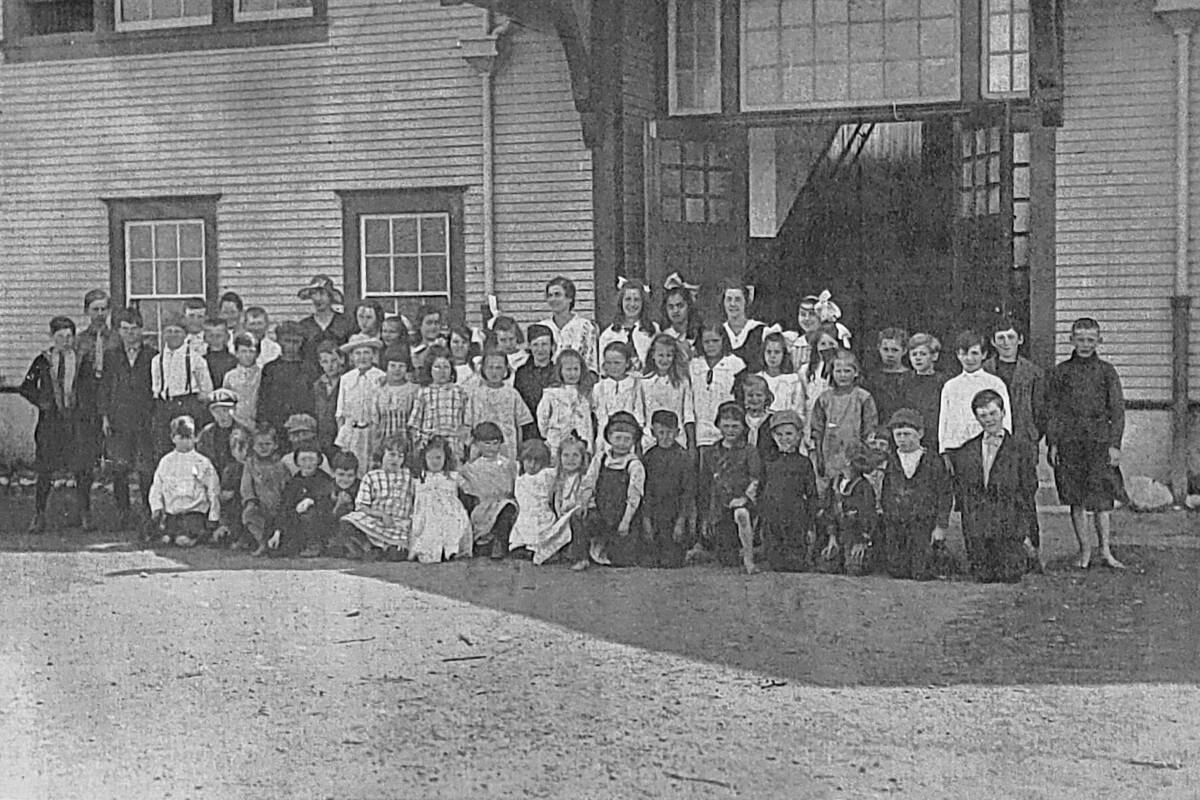 Langley Township councillor Petrina Arnason laughed as she read the story about her mother.

It was a microfilm scan of a decades-old Aldergrove Star newspaper article, when the late Muriel Arnason was a member of council, a position that used to be called alderman.

On Saturday, Sept. 25, the Alder Grove Heritage Society held an all-day open house to mark Community Heritage Day, with visitors invited to drop by the museum and learn about the history of the Aldergrove community, including its farms, businesses and schools, as well as surrounding areas.

What caught Arnason’s attention were 29 microfilms from the Aldergrove Star newspaper editions printed between 1957 and 1991, recently donated by the Langmann family.

It’s fascinating,” Arnason said, as volunteer Teresa Spring brought up the Star report on a council meeting that turned into a scrap over the “long-awaited Murrayville community plan,” a hearing where members of the audience audibly groaned when then-mayor Bill Blair assured them the municipality was “very close” to presenting a plan.

When Muriel tried, without success to get a vote on the matter, Blair defended councils reluctance to act, saying “it is not as easy as this alderman [Arnason] would have you believe,” drawing even more groans.

“It’s the usual scenario,” Arnason commented, “my mother bringing something forward, and everyone poo-pooing it.”

Arnason noted the kind of audience behavior reported in the Star article would no longer be tolerated during a Langley Township public hearing.

“Back in the day, people were yelling and shouting. Since then, you can’t boo or express opinion.” 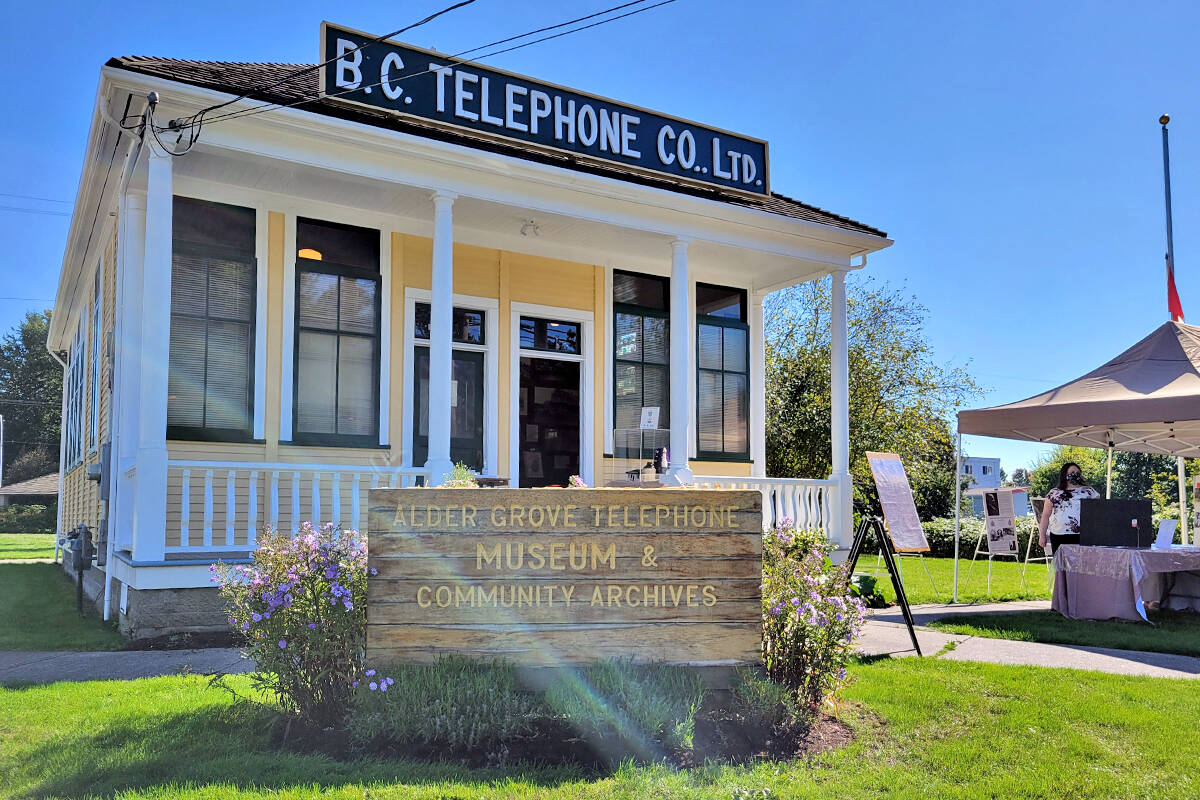 Alder Grove Heritage Society president Tami Quiring said the building at 32nd Avenue and 271st Street, while it may have a B.C. Tel sign on the roof, offers a look at local history beyond telephones.

“The heritage society restored the building and opened it up as museum in 1994.”

Another demonstration at the museum saw volunteer Iris Okazaki digitizing a stack of historic photographs, from the Star photo morgue.

Some were missing information and there are plans to post them online in the hopes people can be identified, as well as the events shown in the photos.

More information about the Alder Grove Heritage Society is available online at www.aldergroveheritage.ca.

More photos from Heritage Day can be seen online at the Langley Times Facebook page.

Jumping in a lake of cranberries 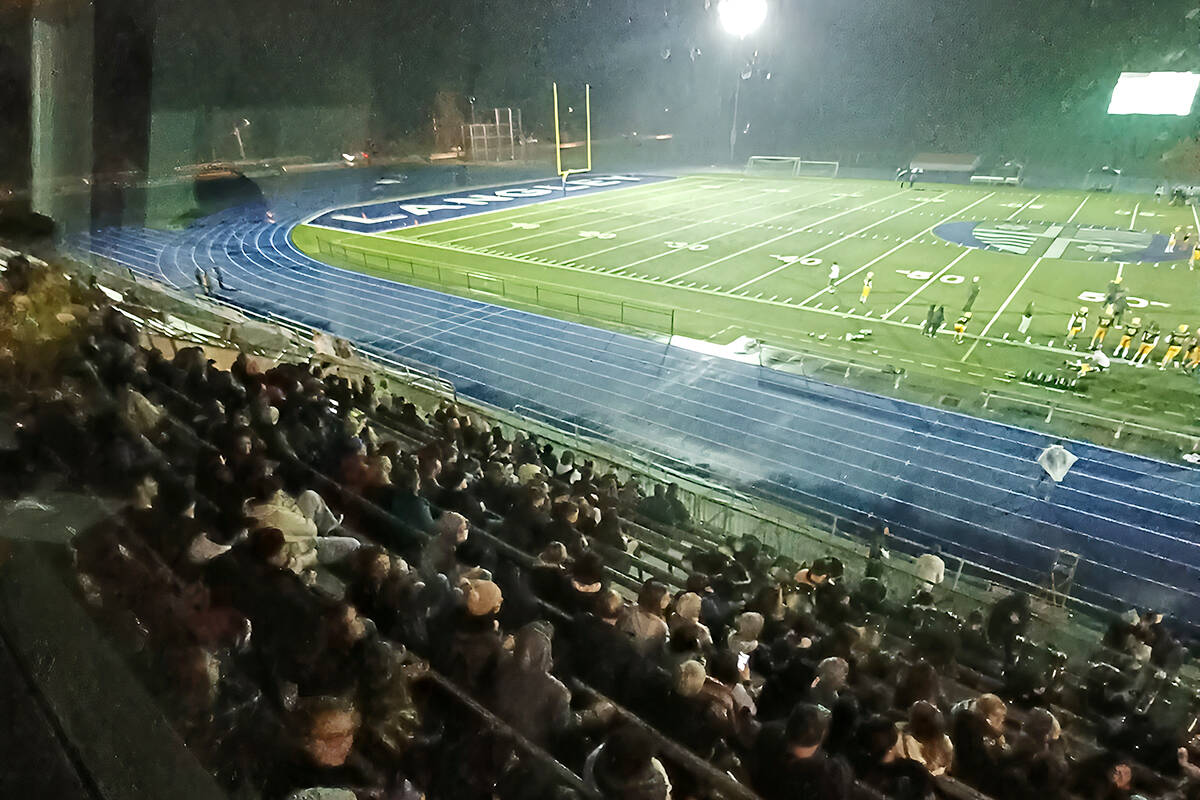