Cam Penner was cheerfully explaining why motorcycle riding is pretty much the definition of a socially distant activity as the 2020 edition of the annual Ride for Doug was about to get underway on Sunday afternoon, June 7, in Langley.

“You’re always wearing a mask, you’ve got gloves on, and nobody want to get within six feet of you,” Penner observed.

This year, the 14th annual edition of the fundraiser named after his son was taking place during a coronavirus pandemic that has prevented the 17-year-old Doug from properly celebrating his completion of Grade 12 with a grad party.

It also forced a number of changes to the annual ride.

Riders who were not close family kept a minimum six feet from other participants.

Instead of all the participants gathering at once in one location to begin the ride, they were divided into different groups in four well-separated locations in the spacious parking lot of the Colossus Cineplex movie theatre complex in Walnut Grove.

Doug and his family began by making a circuit of the parking lot, with riders in the different groups pulling out behind them to follow.

“We’re trying make it as fun as we can while keeping everybody safe,” Cam explained.

Among the riders were South Surrey couple Owen and Donna Barclay, who have participated in all but one of the rides since they began.

“When we started it was 17 riders,” Owen recalled.

Both were wearing “grad” decorations on their helmets and had decorated their motorcycle in Doug’s school colours.

They attend because their son Ryan, who passed away at 19, had the same kind of illness Doug is battling.

Like Doug, Ryan was a huge fan of motorcycles, especially Harleys, and made the news when his family commissioned a custom wheelchair with big tires and Harley-Davidson colours so Ryan could wheel onto the sand at a local beach.

It was a shorter route than usual because arranging breaks and passing out snacks and drinks at rest stops was going to be a problem under COVID-19 rules.

After leaving the theatre complex parking lot, riders took back roads through Maple Ridge and Mission before ending up in Abbotsford at the University of the Fraser Valley/Abbotsford Centre parking lot.

Instead of a registration fee, participants were asked to donate instead at www.RideForDoug.com/donate-now.

In place of the barbecue and post-ride conversations that are a highlight of the event, this year, the family was planning to broadcast a get-together for all who want to watch – and take part in – on a live Youtube feed, which would allow people to communicate through the chat window.

Doug took the opportunity to thank those who take part every year in the ride.

“You have made my life easier than it would have been if I had to do this on my own,” Doug said.

He described how the fundraising has benefited Muscular Dystrophy Canada, as well as himself and his family directly, allowing the purchase of a wheelchair that tilts up so he can see over barriers like the fences at Mission raceway, and, soon, funding of a specially-equipped vehicle that he will be able to drive.

Doug said the feeling at seeing so many people coming out to support him was “indescribable.”

“It helps remind me that I am not alone, as I go through this,” Doug commented.

One group of riders, the Thunder Kings, had a surprise for Doug at the very end of the ride, breaking away from the pack long enough to return with some additions to their motorcycles.

“They decked their bikes out with balloons and streamers and signs in honour of Doug’s grad,” Cam described.

“If you can’t go and have a proper grad party, why not bring the party to you?”

As of Monday, the total amount of donations had reached $19,000.

Cam said details of the Vancouver Island edition of the Ride for Doug, set for July 5, will be announced soon.

READ MORE: VIDEO: Langley dad describes the pressures of coping with MS at Ride For Doug 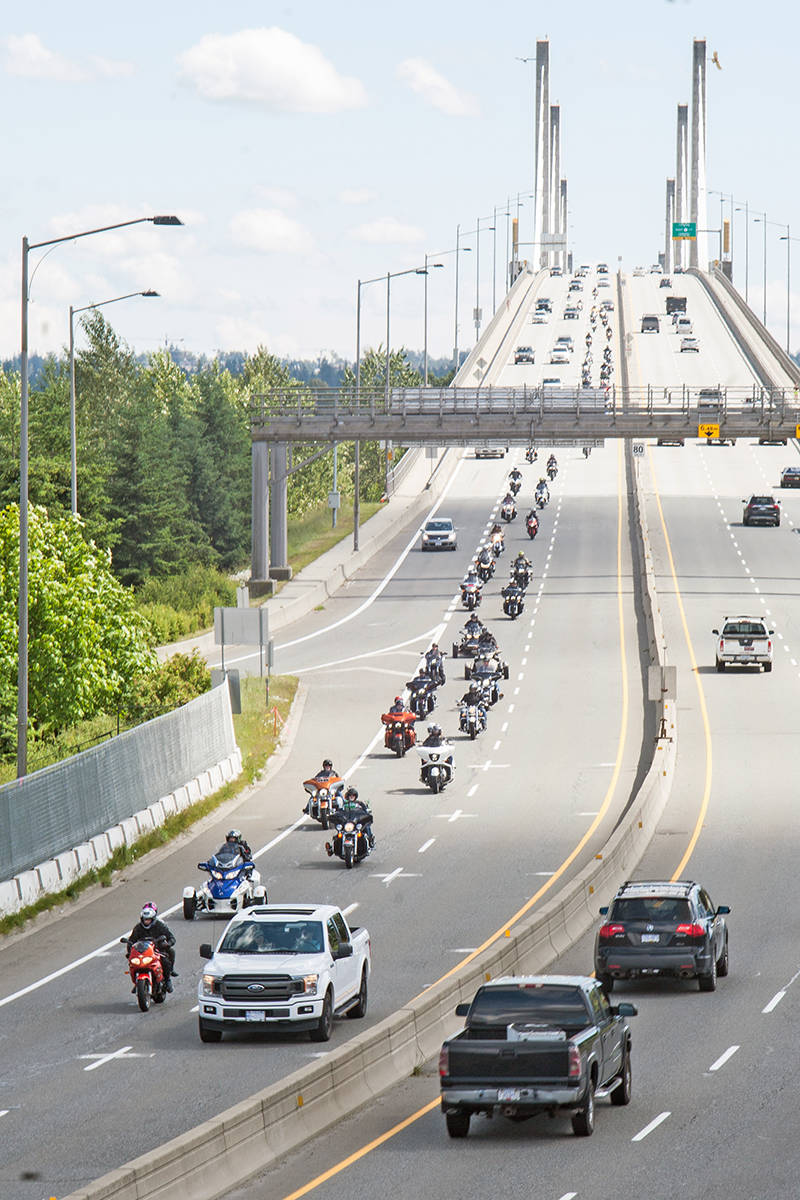 Riders headed over the Golden Ears Bridge at the beginning of the annual ride for Doug on Sunday, June 7 (Devon Lutz/special to Langley Advance Times) 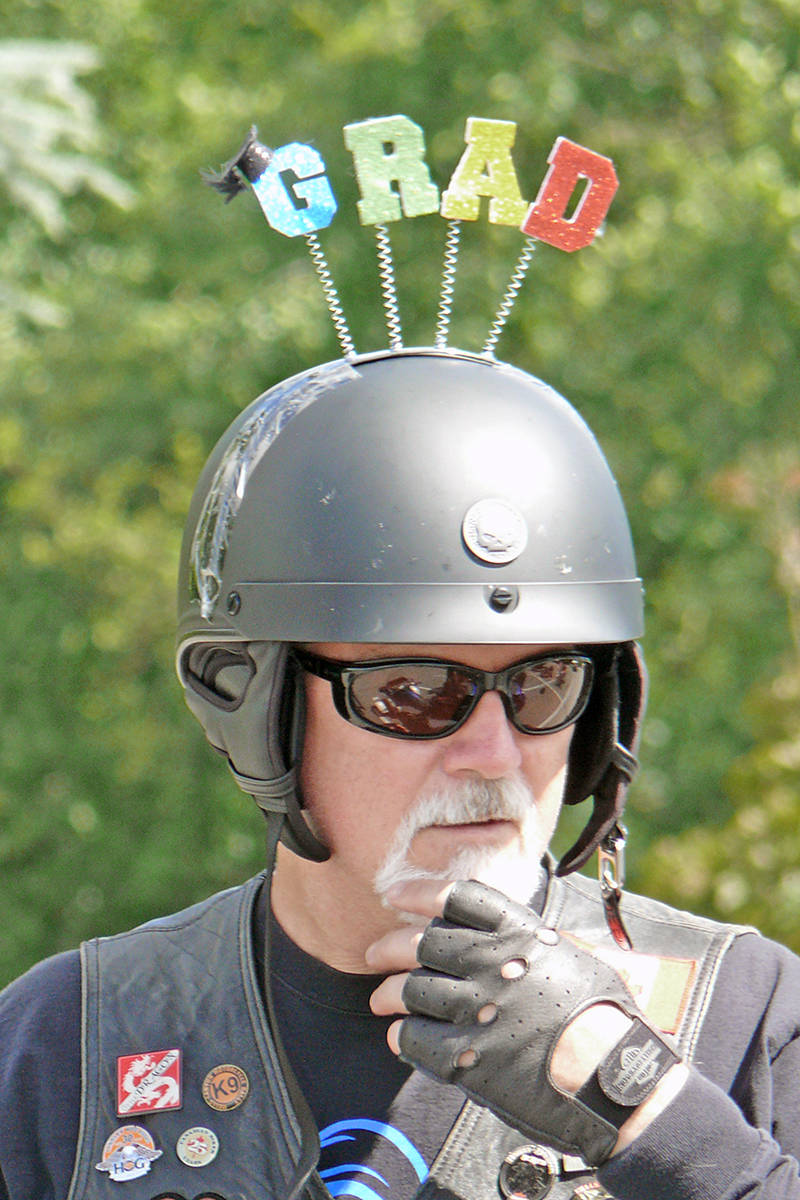 Owen Barclay, whose son Ryan had the same condition as Doug Penner, showed up for the June 7 ride with a grad-themed helmet to celebrate Doug’s graduation from Grade 12 (Dan Ferguson/Langley Advance Times) 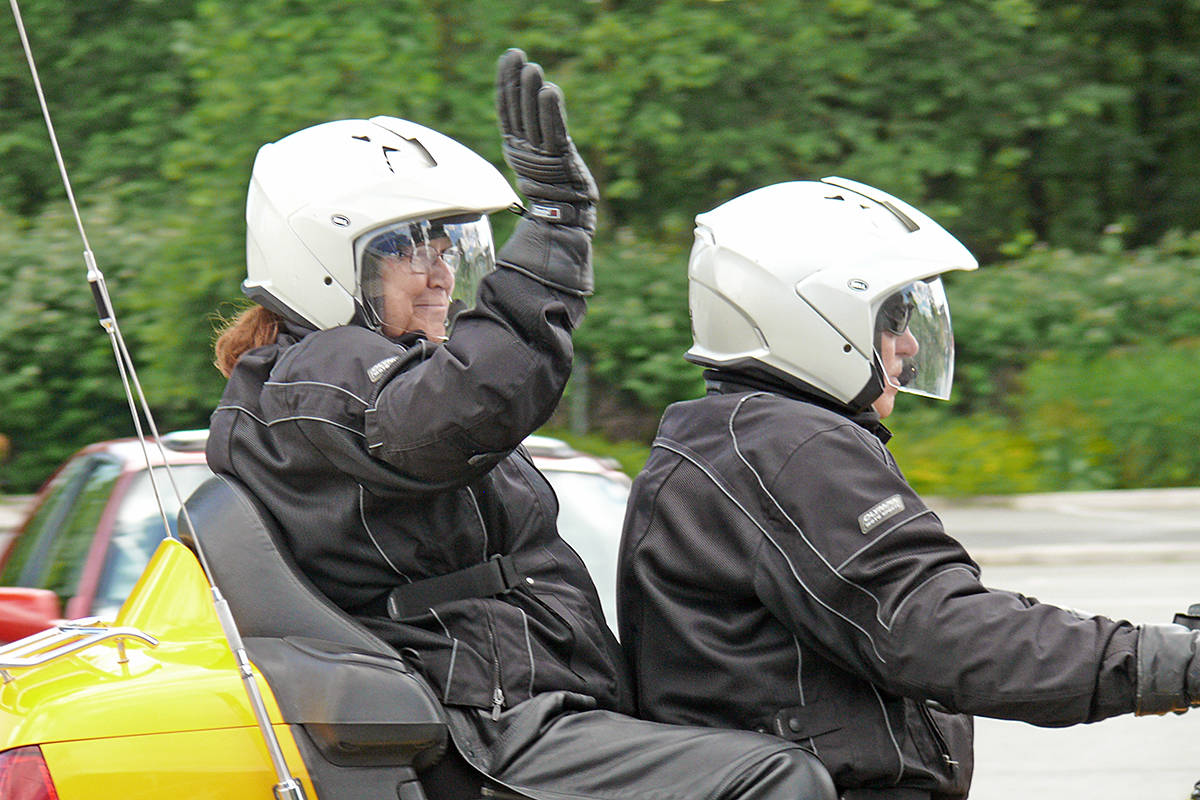 Bill Lee is remembered for his dry wit and salesmanship