A precedent has been set for all of three-year-old Coen Kanski’s future birthdays! On Friday, March 27, he got a private parade in his honour – watchable from his living room window.

With the COVID-19 outbreak putting a stop to any large gatherings – such as birthday parties – and closing up just about every entertainment venue one could think of to go celebrate, the options were slim to commemorate Coen’s big day.

Mother Amanda Kansai said his older brother had recently celebrated his birthday with a family dinner at Red Robin – Coen had his heart set on the same.

While the dining options just wasn’t in the cards for Coen, Kansai said she saw a social media influencer post about doing a “birthday parade” in Kelowna.

“I put shout out to my friends and family and even put it on the Murrayville Facebook page,” Kansai said. “About three or four people that we didn’t even know showed up from there.”

In total, Kansai figures they had about 15 cars come and honk their horns down Coen’s street in Murrayville. Some were decked out with balloons and streamers – even some with signs that said Coen’s name.

Kanski said Caleb “thought it was really cool” and ended up having a great birthday despite all of the coronavirus restrictions.

Even further than the fact a young child was delighted during tough times, Kanski said the willingness and support to actually put on a parade really surprised her.

“Everyone is just sitting there at home waiting for something to do – so this way they could put a smile on someone’s face and get involved with the community,” she said.

Another birthday parade for six-year-old Amelia Kirby was held in Aldergrove on Sunday, which saw about 10 decorated vehicles cruise down 248th Street just for her.

The caravan turned back and did and extra special loop in Amelia’s front yard where she was handed a couple of presents, including a stick covered in money, plus plenty of honks, shouts, and blasted stereo tunes.

A grateful Amelia ran away from the celebration several times, citing the fact she was embarrassed all of the attention was showered upon her.

The trend of birthday parades seems to be growing, not only in Langley, but across the world.

Social media has become filled with pictures and videos of similar celebrations in the United States and England in recent days. 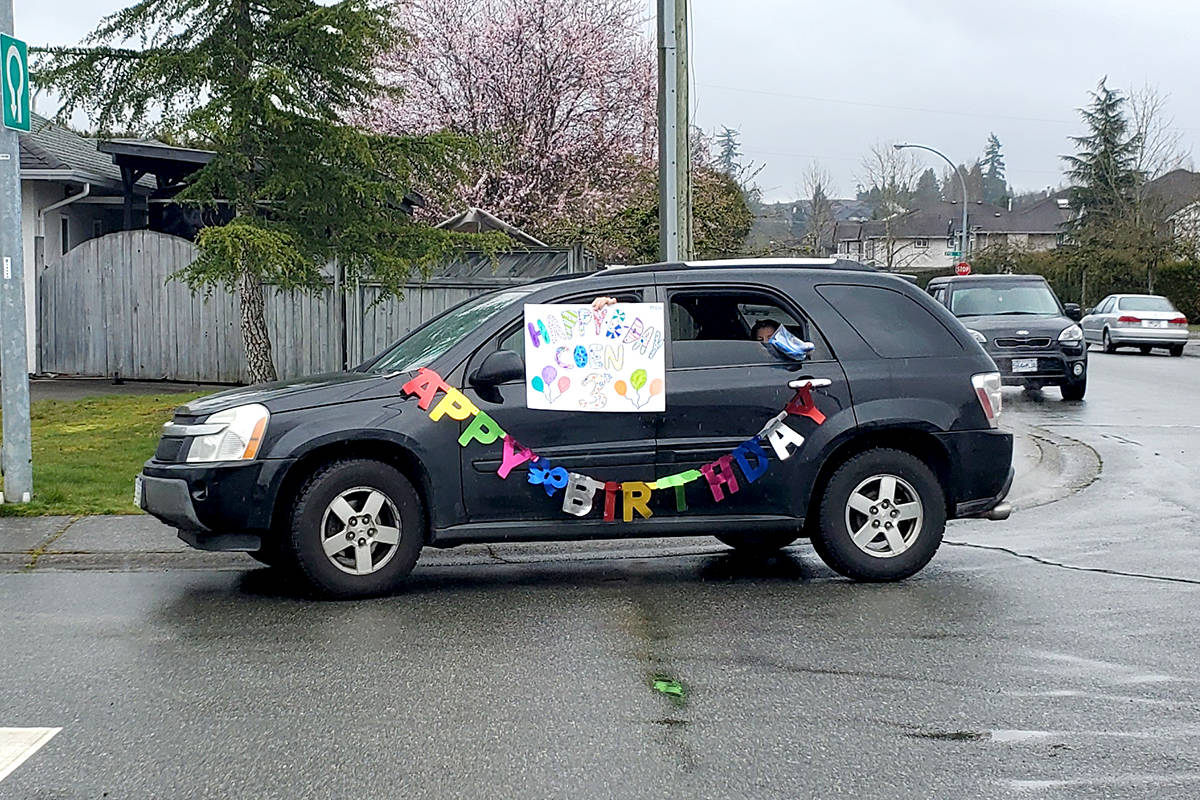 Amelia Kirby celebrated her sixth birthday with a parade down 248th Street in Aldergrove on Sunday. (Ryan Uytdewilligen/Langley Advance Times) 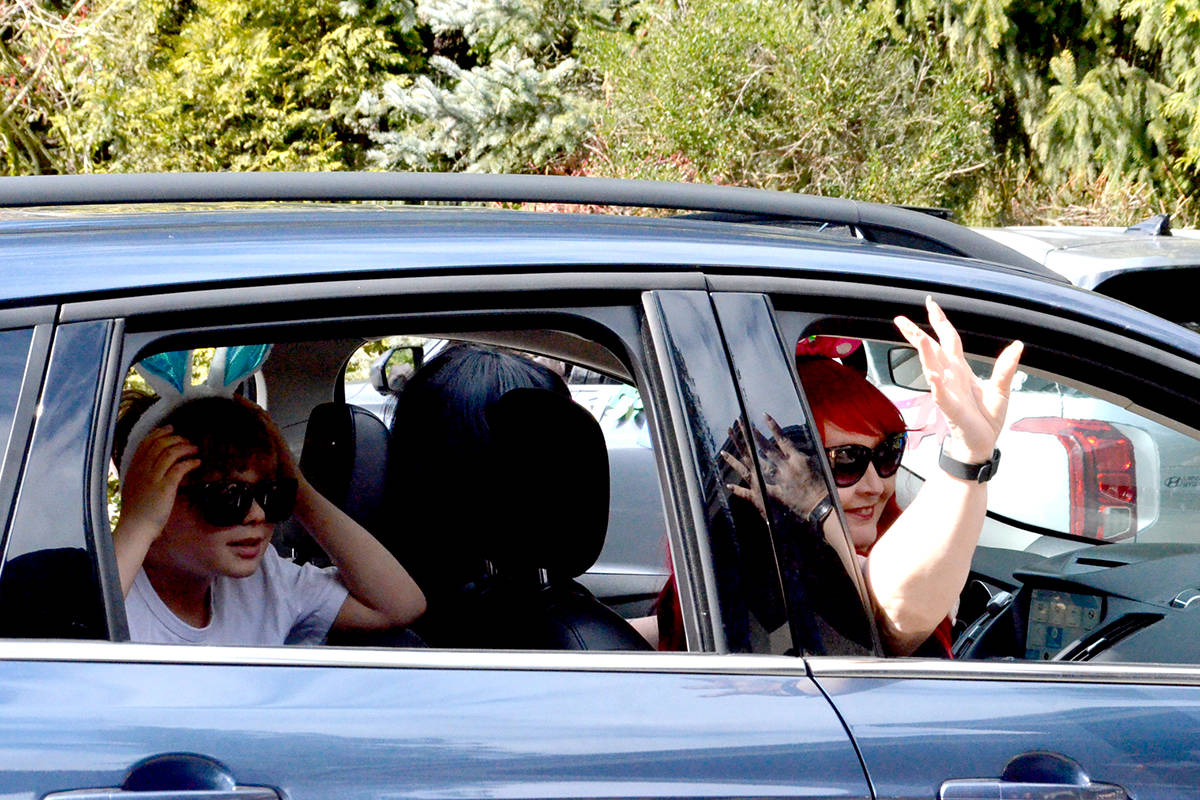 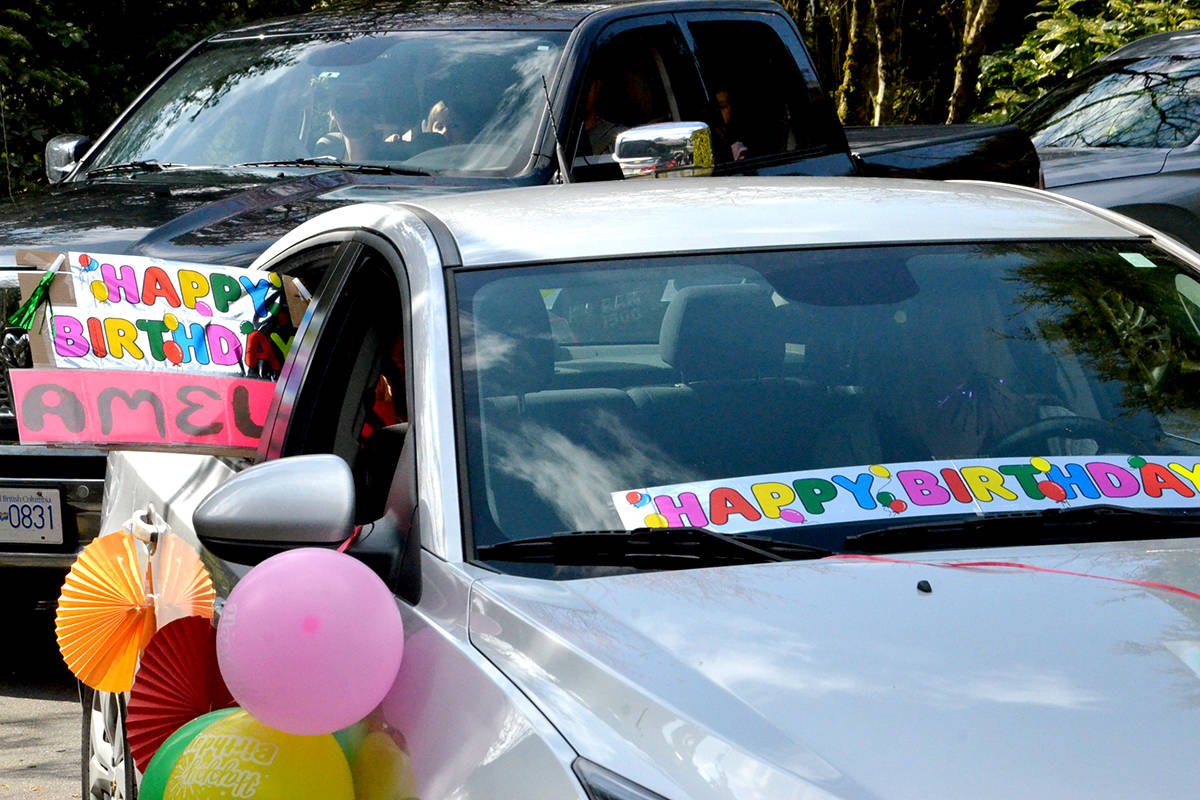 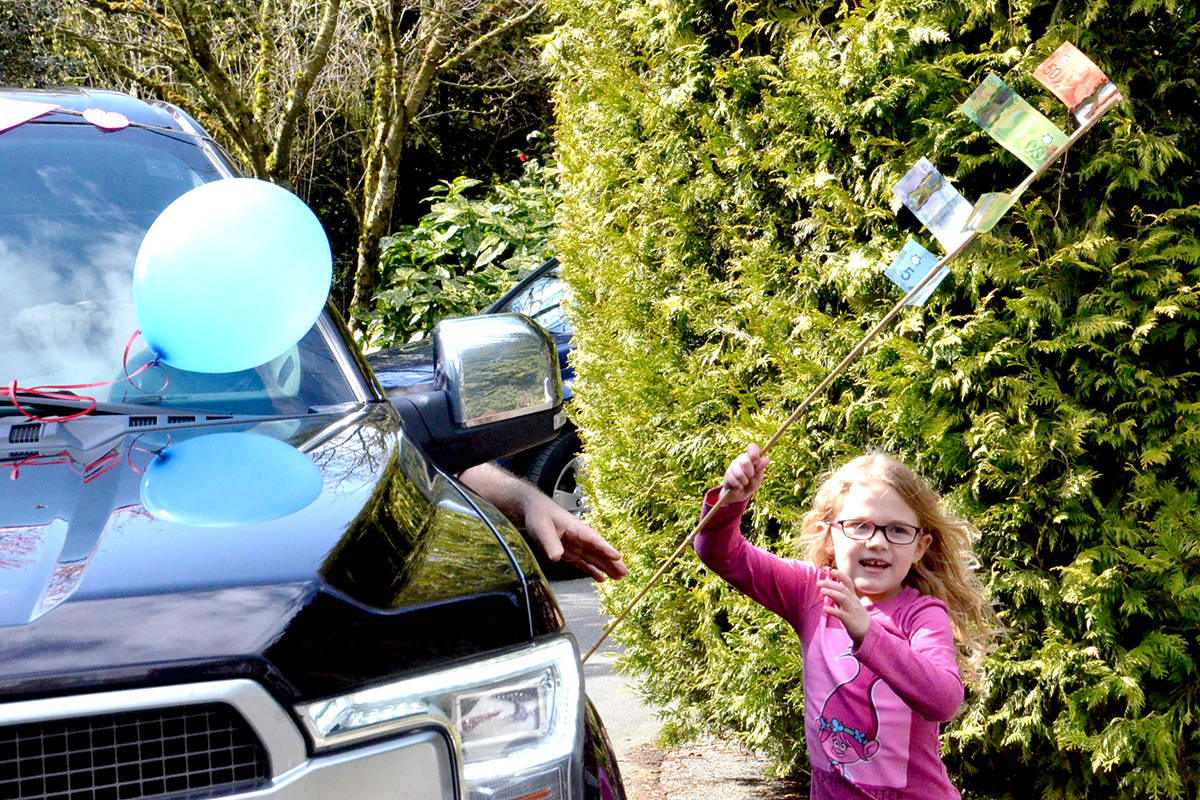 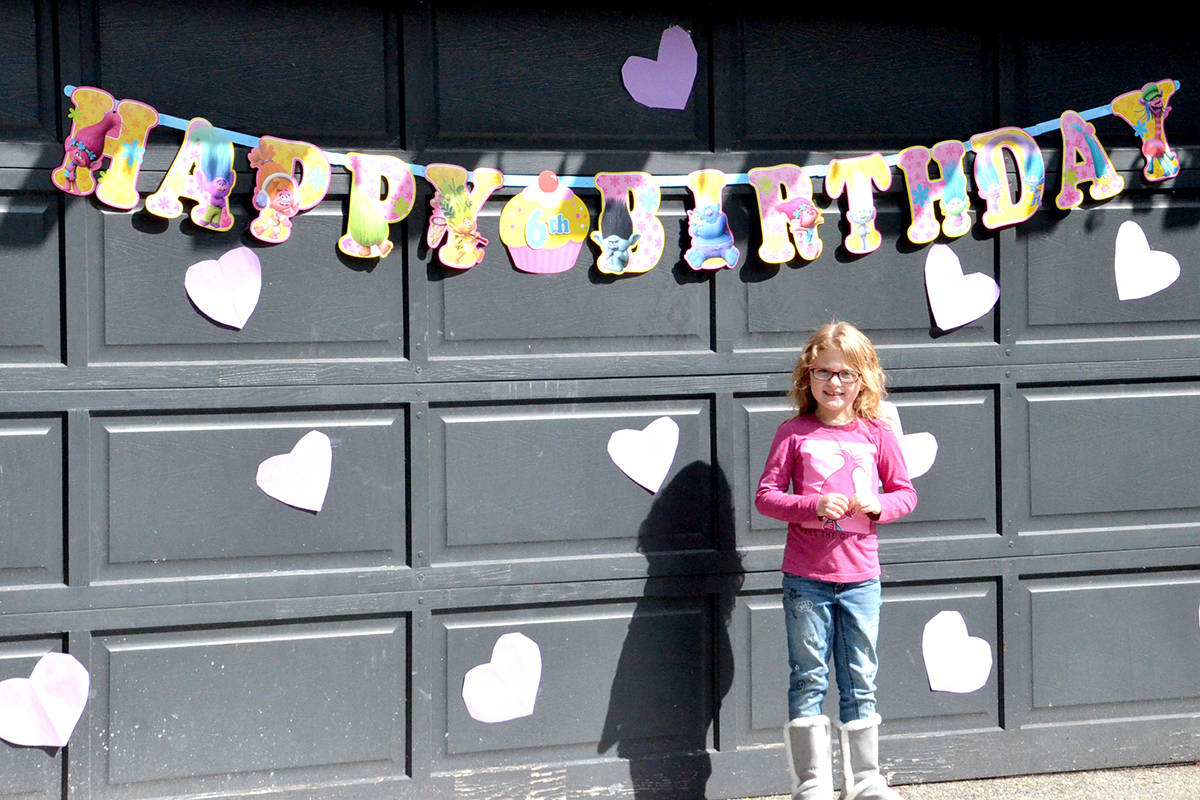 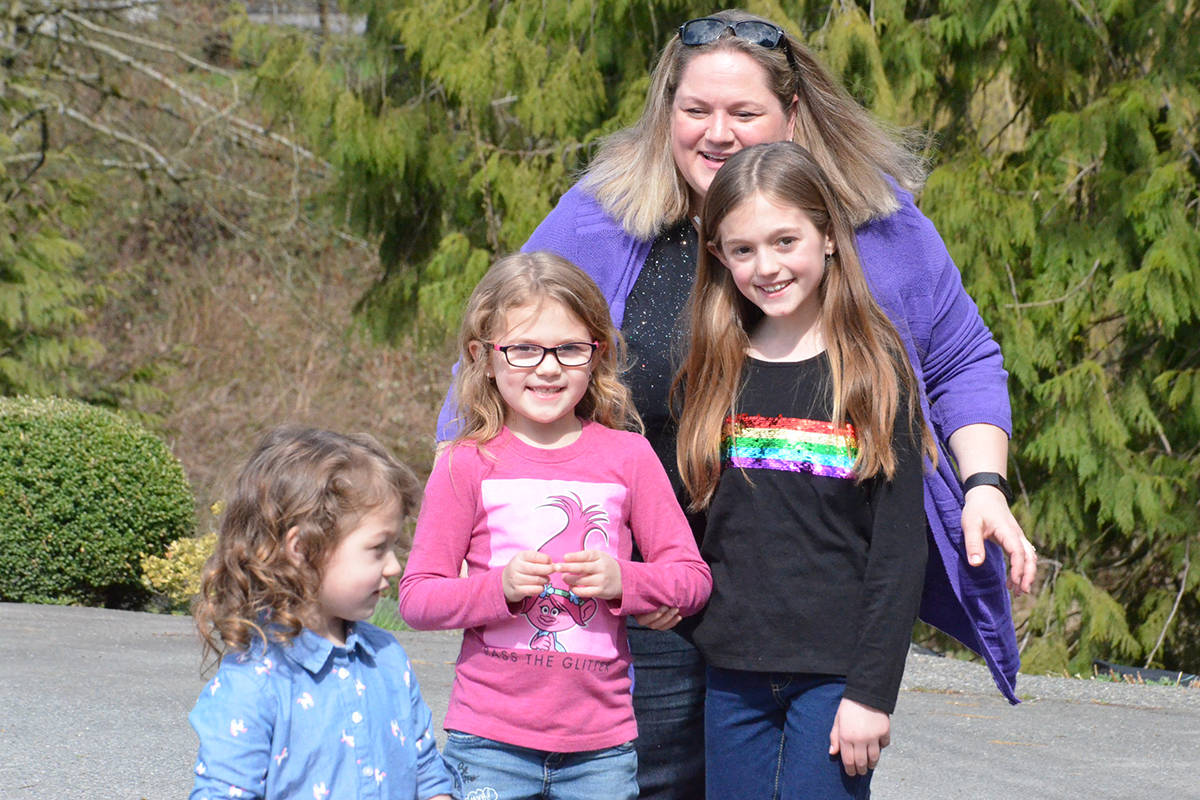 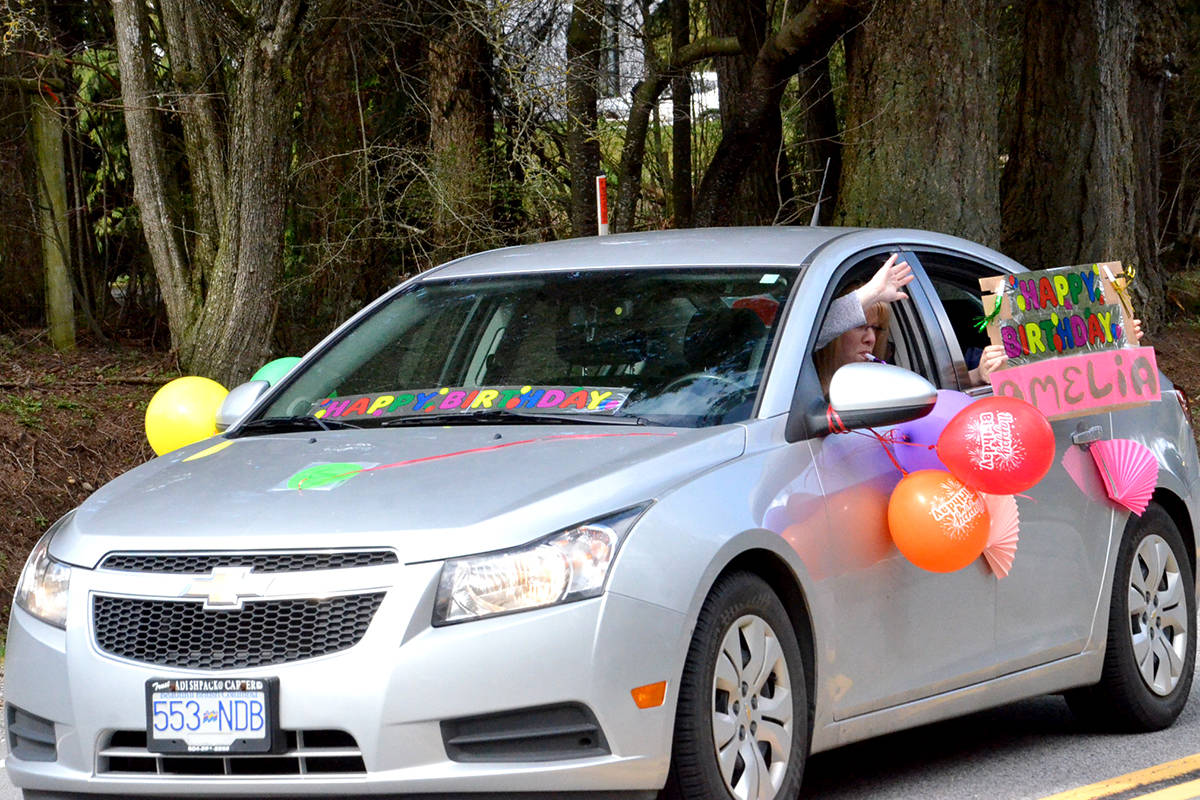 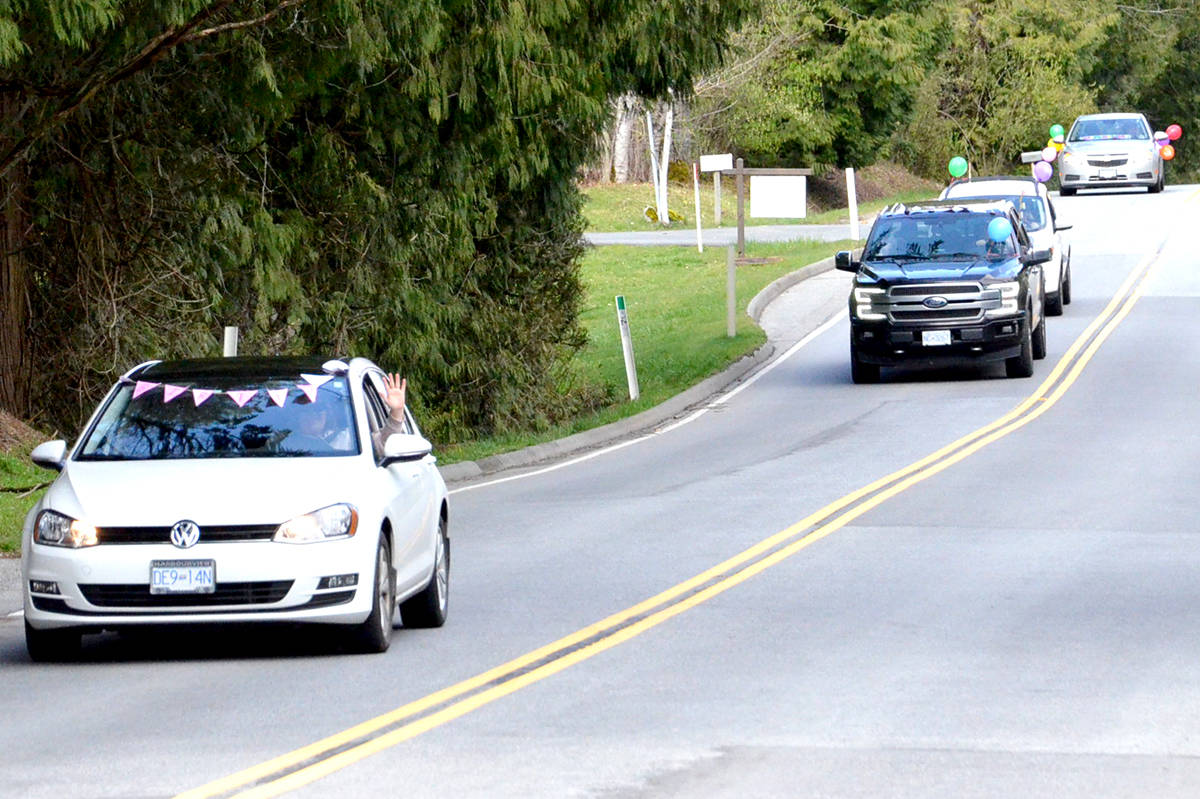 Why is this Langley pedestrian bridge purple?