The Volunteer Cancer Drivers Society accepted a $1,500 donation from Cloverdale’s Envision Financial branch on Tuesday afternoon, awarded posthumously to the late John MacInnes for his outstanding work as a volunteer in his community.

MacInnes co-founded the Volunteer Cancer Drivers Society (VCDS) in early 2016 with Garth Pinton. Both were passionate about the welfare of cancer patients and were motivated to fulfill what they saw as an urgent need — free and reliable transportation to and from cancer treatment.

The volunteer award was given by Envision Financial as part of their Simple Generosity campaign, which seeks to celebrate community leadership and support local non-profit and charity organizations. Last year, $72,000 was donated to Fraser Valley organizations through the program, and one volunteer was awarded a $1,500 grant a week during 2017.

About a dozen of MacInnes’ family and friends attended the presentation, including his wife of 60 years, Norma, and his three daughters Toni, Dana and Chris. They took turns remembering the man that John MacInnes was, and how his unwavering dedication to the driver program contributed to making VCDS a success.

When the Canadian Cancer Society closed their driver program in 2015, MacInnes did not take it lightly.

“He’d been a driver for cancer patients for Canadian Cancer Society. They cancelled the service in October 2015,” said George Garrett, vice-president of VCDS. “He was quite upset about it.”

“Tell me about it,” said Norma.

“Is that a mild word?” Garrett asked. “He was angry about it.”

It can be difficult for cancer patients to get to appointments, and the service provided lifesaving access not only to treatment but to a support system of volunteers who care.

Larry Coleman, now a director of VCDS, started out as a volunteer driver at the Canadian Cancer Society with MacInnes. Coleman remembered how the cancellation of the program impacted patients.

“I had one patient that said she was going to stop her treatment because the program ended,” said Coleman.

Coleman told her he would still drive her, program or not, but she refused.

“When she passed, I told John [MacInnes] about that,” he said. Later, MacInnes would ask him to be a director and a driver for VCDS, to which Coleman would immediately agree.

Norma remembered that it was difficult, at first, to get the society off the ground. “One night George [Garrett] called and said, ‘I don’t know if we’re going to make this work. We don’t have much money.’ Johnny got mad and said, ‘Yes, we are.’”

“Then it was a few weeks later, George called him and said, ‘Johnny, we’ve made it.’”

Word of the service spread quickly after the service was founded, and the demand for volunteer drivers increased as more became aware that it was available.

Cancer patients only need to call the VCDS dispatch office at 604-515-5400 and leave information about the date, time and location of their upcoming appointment.

MacInnes passed away in July of 2017 at 83 years of age, following a short but courageous battle with cancer. The society he was so passionate about continued to grow and thrive.

Just a year later after it was founded, VCDS had grown into an organization of 130 volunteer drivers and dispatchers who had contributed nearly 16,800 hours of their time, driving more than 360,000 kilometres and making more than 6,200 trips.

The society is not-for-profit. Everyone, from the drivers to the board members, are volunteers and the society does not keep an office. Dispatchers work to co-ordinate transportation from their homes.

According to VCDS, 93 per cent of all funds goes directly to drivers to pay for gas and minor maintenance, and many drivers choose to donate part of those funds back to the society. Administrative expenses, which help the society spread the word of its services, make up the remaining seven per cent.

The $1,500 donation from Tuesday’s presentation will fund approximately 60 trips.

For more information about the society, visit www.volunteercancerdrivers.ca. 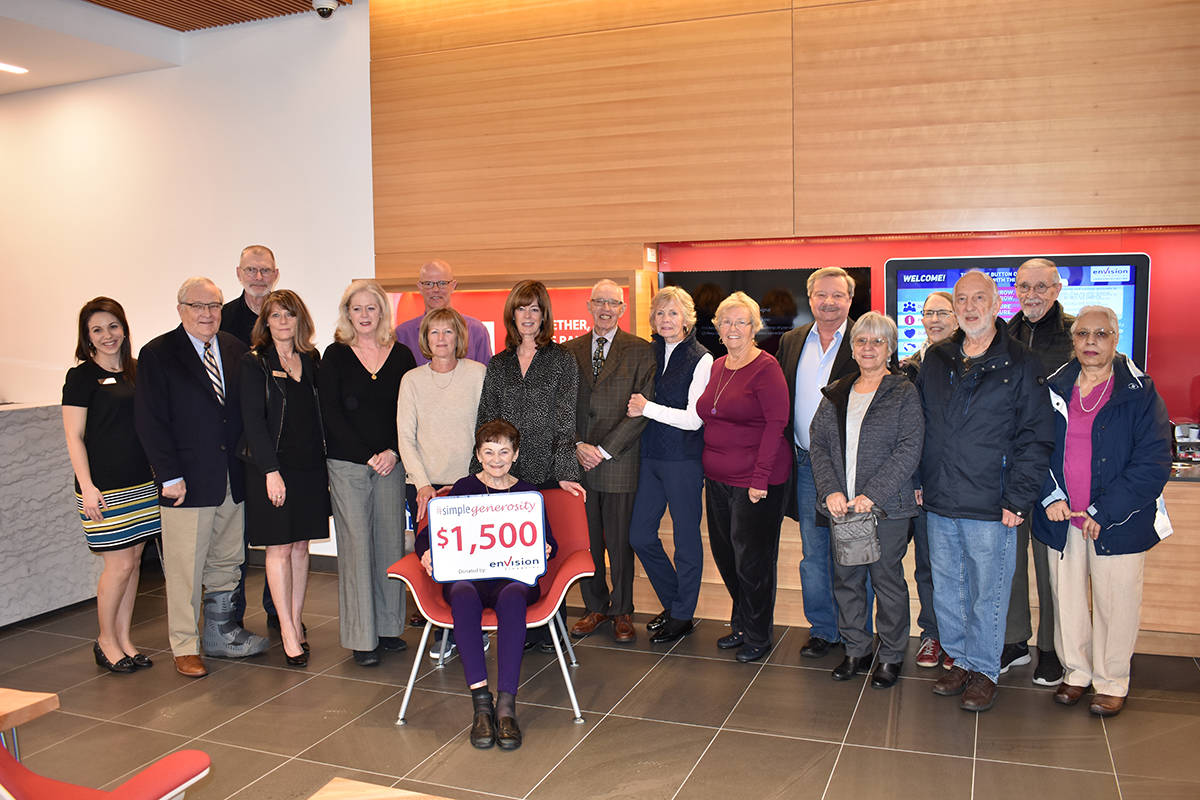