As Sue Morhun, in character as “Popcorn Kate,” was about to explain what a “camp follower” did in the days of the fur trade, one mother made a discreet exit with her small son in tow.

She needn’t have worried.

Morhun’s explanation was carefully laden with euphemisms designed to keep the show family-friendly.

It was a blisteringly hot Sunday, and the models for the “fur trade fashion show” at historic Fort Langley were wearing considerably more than their audience.

As people in shorts and and summer tops wilted under the shelter of a shade awning, trying to cool themselves with fans, Dana Repp was explaining the multiple layers she was wearing as a well-dressed upper-class womant.

The secret, she explained, was the hoops, that hold the fabric of her dress out and allow a bit of a breeze.

Another model explained that the advantage of being a lower-class male in that society was the ability to wear clothes that were better suited for scorching hot days, including a loin cloth that was better for feeling the breeze.

It was a preview of Brigade Days, when historical renactors recreate the arrival of the fur trade boats at Fort Langley.

For Morhun, who used to manage heritage services in Langley, dressing up in character “was a chance to play at history” and well worth the trip in from Oliver, where she now lives.

An equally big appeal is the community of like-minded history buffs who volunteer for Brigade days. 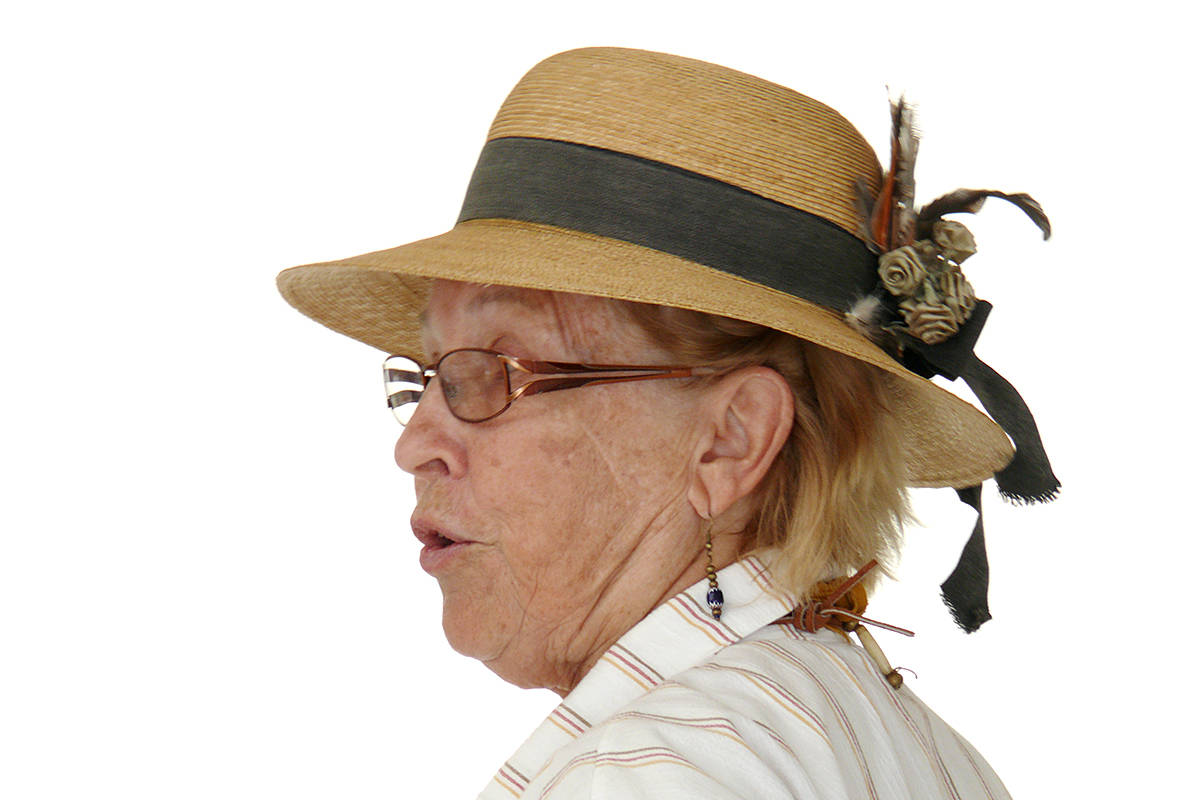 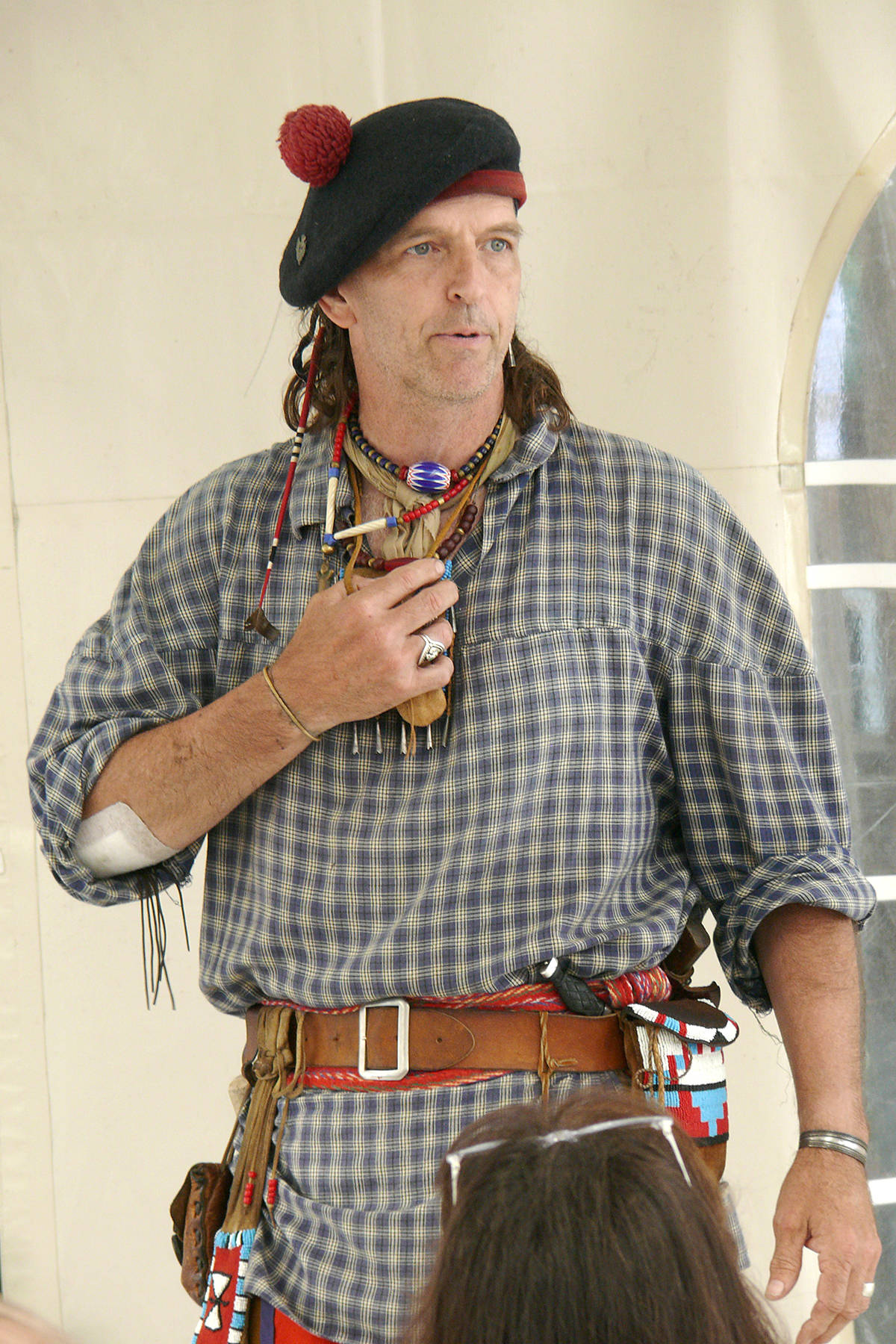 This was the only set of clothes a man in the lower classes would wear. (Dan Ferguson Langley Advance Times) 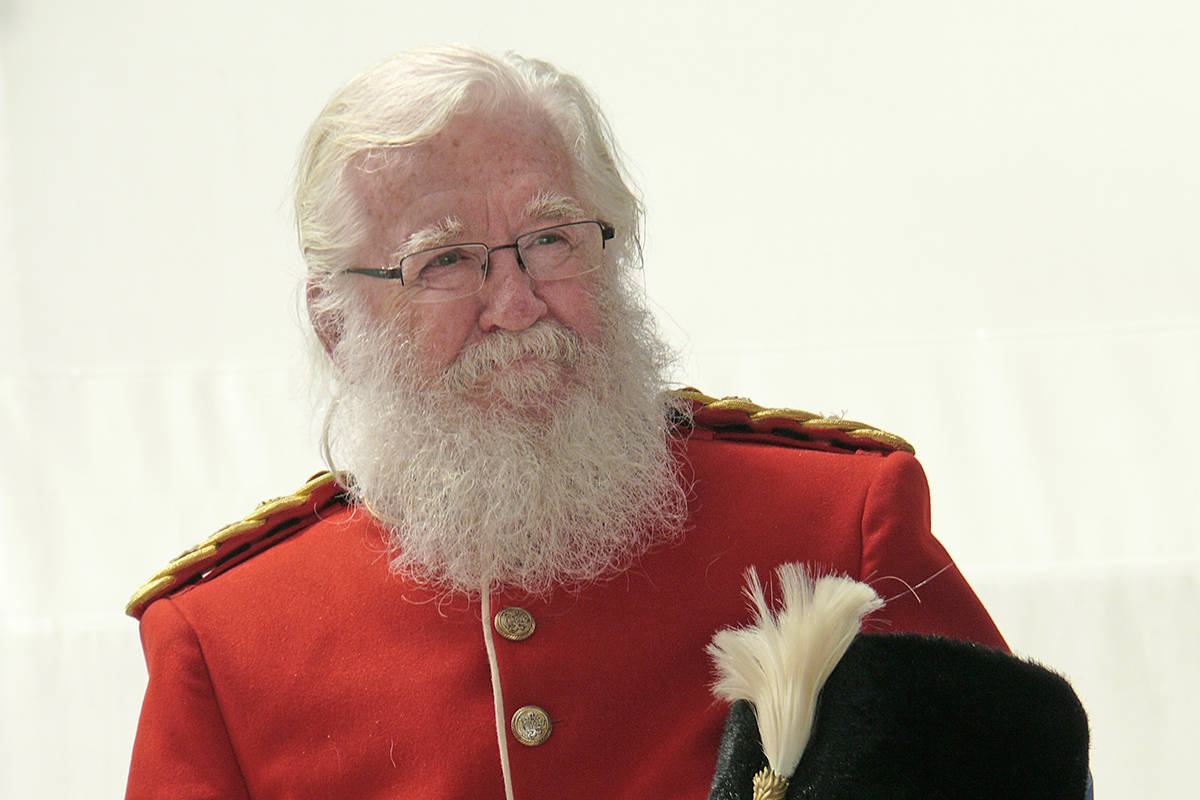 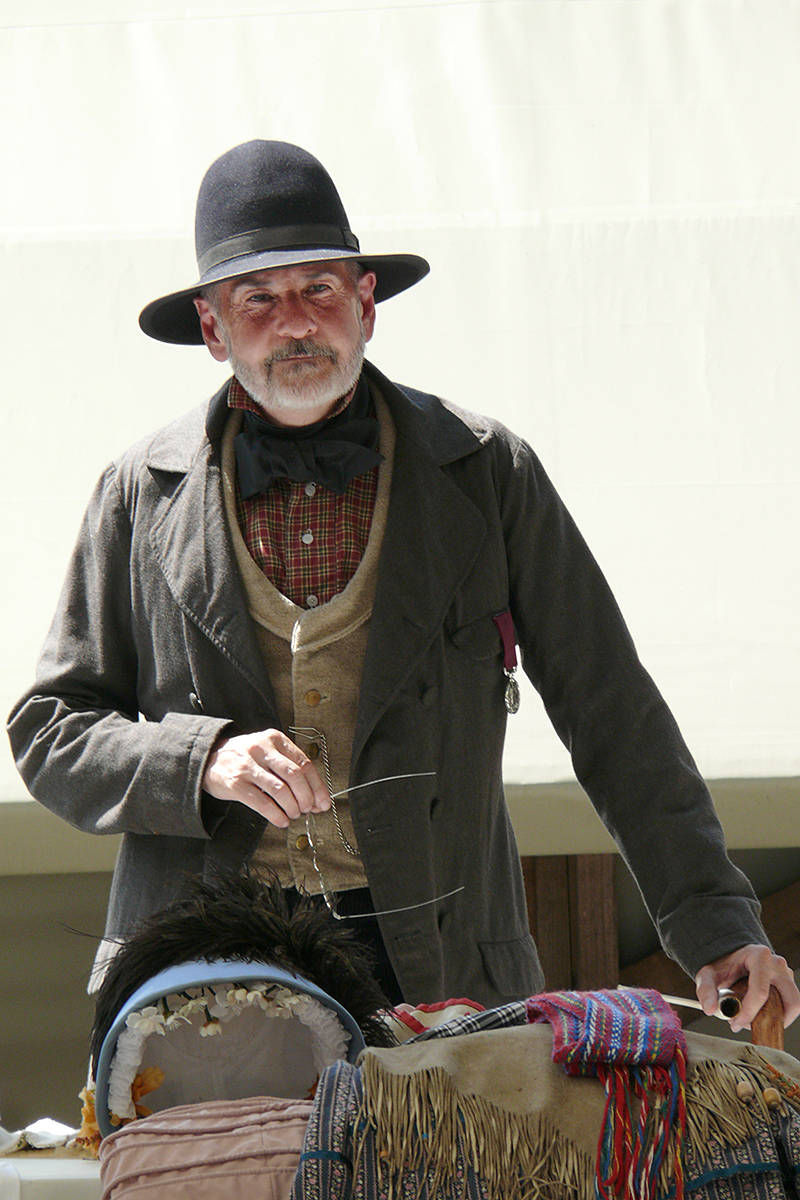 Yes, it was hot out, but that wouldn’t keep people back in old days from wearing heavy, dark clothing. (Dan Ferguson Langley Advance Times)