“Mrs. Sophie Wonderly requests the pleasure of your company for the wedding ceremony and reception for her daughter Gloria Alexandra Marie to Mr. Buck Cantrell of Surfers Paradise, Australia.”

Yes! the invitation is open to the public, but before anyone runs towards their closet or begins dreaming about wedding food – here’s the catch.

A few guests might get killed, and the wedding might become a crime scene – which is precisely what the organizers want.

Those still interested in getting involved in this murderous ride are invited to producer and director Gary David Miller’s debut theatre production, ‘Dying To Get Married,’ soon to take place at Langley’s Newlands Country Club.

You heard it right! The wedding is actually part of a theatre show.

Offering a one-of-a-kind experience, Miller’s team of actors and crew members will challenge audience members to participate in the murder mystery and even solve the crime.

When guests arrive, they will be encouraged to select a special identity of their choice should they wish to participate.

“It is hillarious, mysterious, and suspense,” he added.

“There will be Halloween fun, and giving out prizes to the most creative looks of the evening,” Miller said, a South Surrey resident who has produced fashion shows and other events in Langley in the past.

‘Dying To Get Married’ is Miller’s first project as a theatre producer and director.

He said the inspiration came during COVID when businesses in the entertainment industry were forced to shut down, and artists were left without work.

“Artists of all kinds were affected,” Miller commented. At this moment, he decided to start working towards ‘Dying To Get Married,’ and bring the industry to life when things get back to normal.

Not only the entertainment industry, the project is also supporting the work of Miller’s friend and reality TV star Ronnie Stevenson. A close friend of Miller, the TV show Real Housewives’ Stevenson lost her 27-year-old son in July this year. Stevenson’s son was an actor, too and struggled with depression.

Later the family started a charity organization – The Houston Stevenson Foundation – in honour of their son.

Moved by the foundations’ initiatives to support young artists, Miller decided to donate a portion of ticket sales to the foundation.

“We need support from the community to launch and help support young artists who secretly hide behind the smiles among the crowds,” he said.

Along with Miller, some people from the foundation will participate in the production to make the audience “laugh, think and cry.”

The team of 12 actors and 18 crew members includes many Langley artists, including director June Ainsworth, who recently presented her adaption of Agatha Christie’s ‘Murder on the Orient Express’ in Langley.

Miller, too, is part of the cast.

He said he loves the Langley community, which makes him feel at “home.”

“Everybody is so genuine and appreciative. As a creator and artists it feels amazing to see that sincerety in people,” he concluded.

Tickets to the show cost $129 per person and include dinner meals. The doors and the bar at Newlands Country Club open at 6:30 p.m., and the ceremony will begin at 7 p.m.

RELATED: Dinner theatre served up aboard the Orient Express 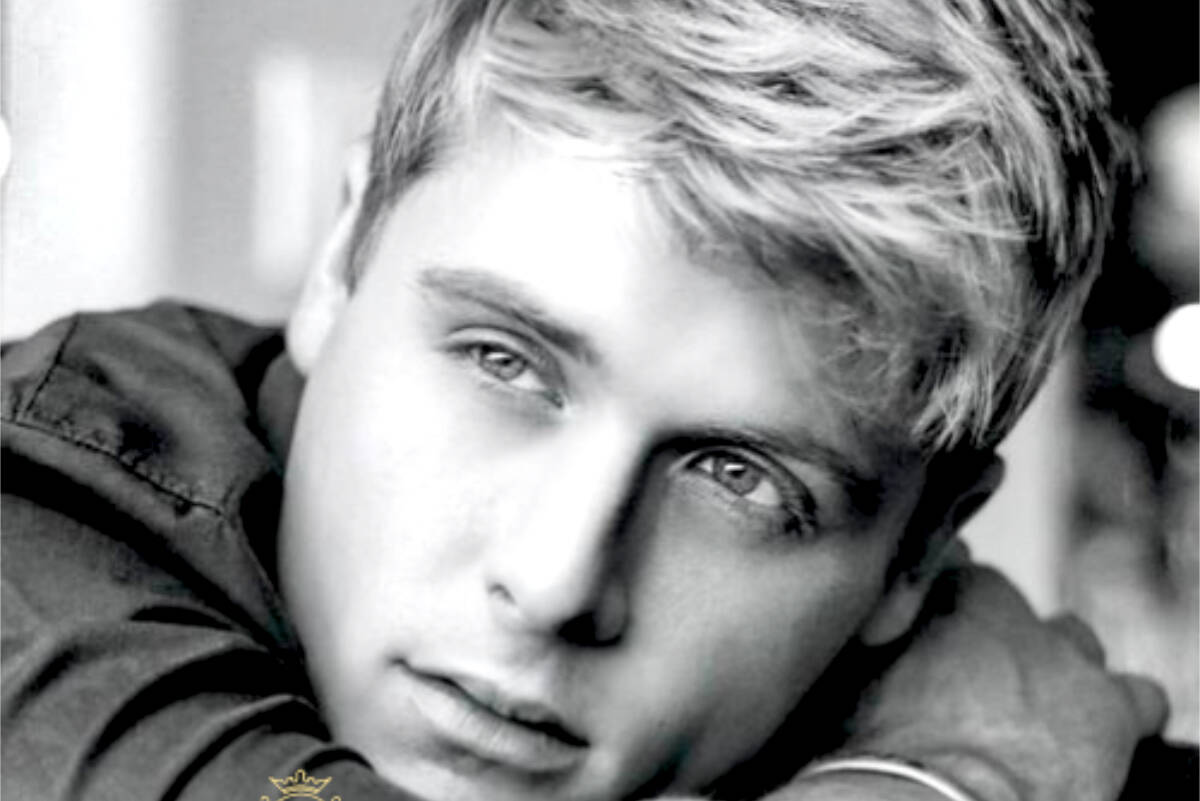 Houston Stevenson passed away in July this year. Proceeds from the wedding show will go to The Houston Stevenson Foundation – an organization supporting young artists struggling with mental health issues. (Special to Langley Advance Times)