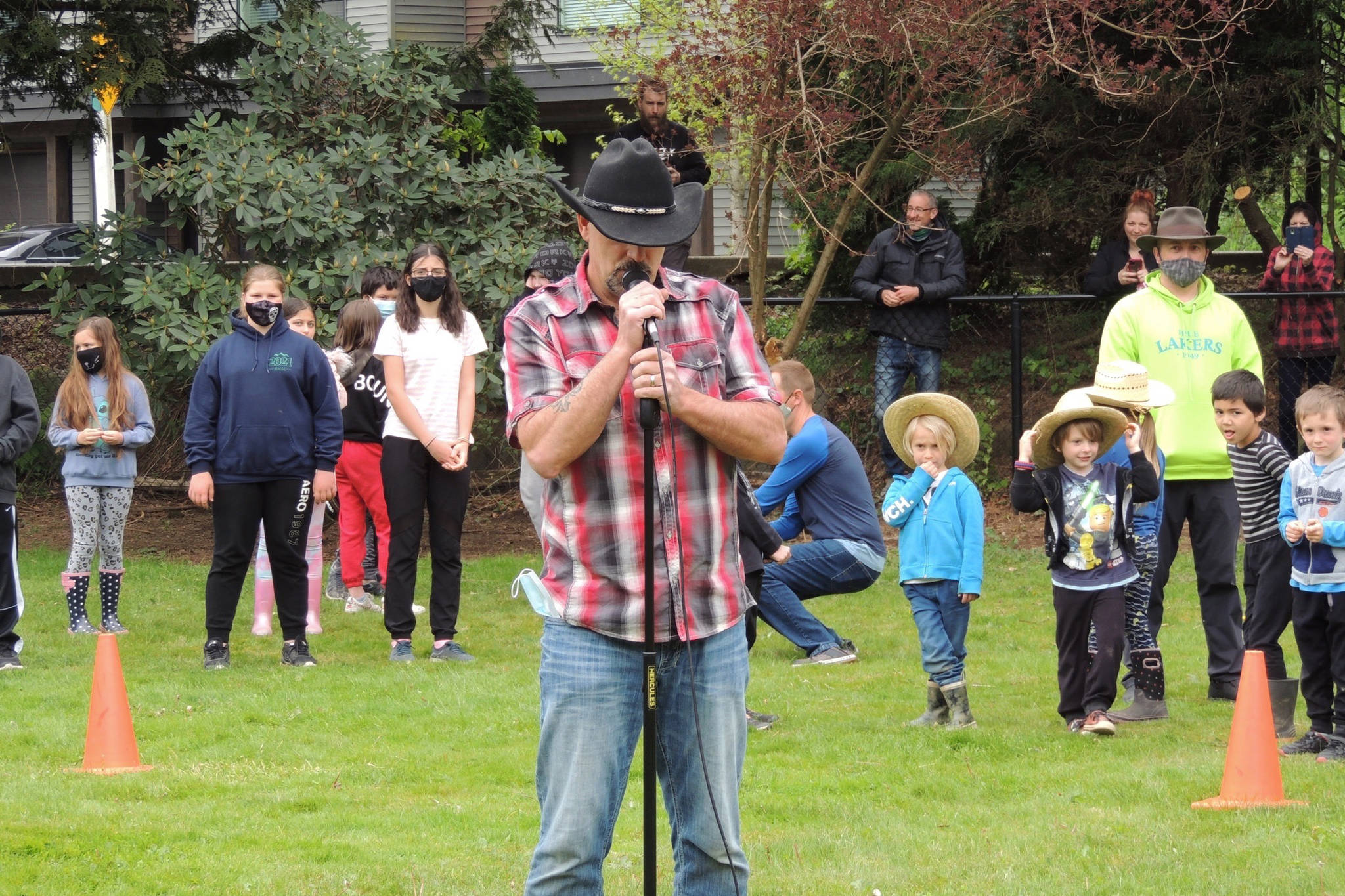 Todd Richard sings “Green and Blue” as HHSES students get ready to belt out the chorus during the school’s Music Monday on May 3. He is currently in the running for a top 100 spot in the 2021 Toyota Searchlight competition. (Adam Louis/Observer)

Todd Richard’s behind frontline worker tribute “Green and Blue” landed him in the running for the 2021 Toyota Searchlight, an annual “hunt for Canada’s next undiscovered talent.” Voting for the top 100 artists began on Tuesday, May 11 and runs through Thursday, May 20. From there, the top 10 will be revealed on June 15 with prizes being awarded on June 22.

The grand prize puts the winner in an Allan Slaight Juno Master Class for one week in Toronto (or the virtual equivalent, depending on COVID restrictions) in addition to a trip to the Junos in 2022 and a performance spot at a music industry showcase. Other prizes include a recording residency at the National Music Centre in Calgary, Play MPE global distribution package and a feature on CBC Radio.

To vote for Richard, go to www.cbc.ca/music/searchlight and search his name. Click his image, then the star button to submit. You can also tag CBCMusic on social media to let them know who you are voting for. You may vote once per day with the day resetting at 12 a.m. EST (Or 9 p.m. Pacific).

Richard has just released his third album, “Live Your Life,” with his most recent single “Green and Blue” to appear on his upcoming fourth album. He was awarded B.C. Country Music Association Humanitarian of the Year in 2017 and 2018 and Variety B.C. Colleen Wood Award for “Follow Your Heart,” a song written specially for the children’s charity Variety with all lifetime proceeds going to the organization.

Richard has been busy the past number of weeks, bringing back the 7 p.m. tribute to frontline workers by live-streaming and singing “Green and Blue” with a variety of special guests throughout the Fraser Valley, most recently including the Agassiz Fire Department and local emergency workers in front of Chilliwack General Hospital. The original music video has been viewed more than 5,000 times as of publication.

Shawnee Kish of Welland Ontario was last year’s winner with “Building a Wall.”