This past August, Jordyn Croft wrote and self-published two children’s books that come from her personal and life experience.

One book is called, Ophelia Clementine Delarose has Obsessive Compulsive Disorder and the other is Happy Harlow: The Tail of an Emotional Support Dog.

“These topics are really important to me and I hope they help somebody, like a parent who has a child with OCD,” Croft shared.

“It’s a simple breakdown of what it looks like to have OCD, for people who are new to dealing with it.”

The Aldergrove author works as a youth care worker for the Langley School District, and had the idea for the books during her time off from work this past summer.

“Quite honestly, I was going to go to bed one night and had almost an epiphany,” she said.

“I thought, this is such a good idea for a book! I wanted to write a children’s book about OCD that was good for younger children.”

Ophelia Clementine Delarose has Obsessive Compulsive Disorder was the result of that initial story idea. It features a young girl named Ophelia, who struggles with OCD. Readers follow as she overcomes her “OCD brain” as it tries to trick her into compulsions.

Ophelia’s mind is personified as a separate character to demonstrate what it can feel like to have the disorder, Croft explained.

Diagnosed with OCD at age 13, Croft said she dealt with it all through high school and felt like something was wrong with her.

Two years ago, when she was 26, Croft connected with a specialist who understands her and her unique situation.

Finding the right help for dealing with OCD has been a long process for Croft, and she feels the topic is underrepresented in literature.

“OCD very intensely controlled my life for a long time. It affected my quality of life. I lost friendships, I lost boyfriends. All of my relationships were affected,” she said.

“I wanted to use the book to demonstrate exposure therapy and what battling OCD looks like. It has always been a big part of my life and is super important.”

Her second book is the story of a special Bernese Mountain dog named Harlow, based on Croft’s certified emotional support dog of the same name.

Once she had written her first book, she realized she wanted to acknowledge the bond she has with Harlow separate from her story about OCD.

“I felt like each deserved their own time in the spotlight,” she said.

Happy Harlow: The Tail of an Emotional Support Dog outlines what the partnership with an emotional support animal can look like.

Harlow has improved her quality of life immensely, Croft said, simply by easing her mind.

“That’s the funny thing about OCD, it’s so irrational. I might not want to touch the floor and Harlow will paw me on the face after being outside all day and it doesn’t bother me whatsoever. She’s my exception for OCD,” said Croft.

Both books are filled with colourful illustrations and simple stories ideal for elementary school-aged children.

They’re currently available for purchase online through Amazon and Indigo/Chapters, and have been shared with the Langley School District elementary school libraries.

Croft is active on Instagram @author_jordyncroft and is open and willing to have conversations and answer questions about these topics.

“I love having conversations with people. I’m educated with this stuff, but I also have personal experience,” she said. “I want to do as much as I can for others.” 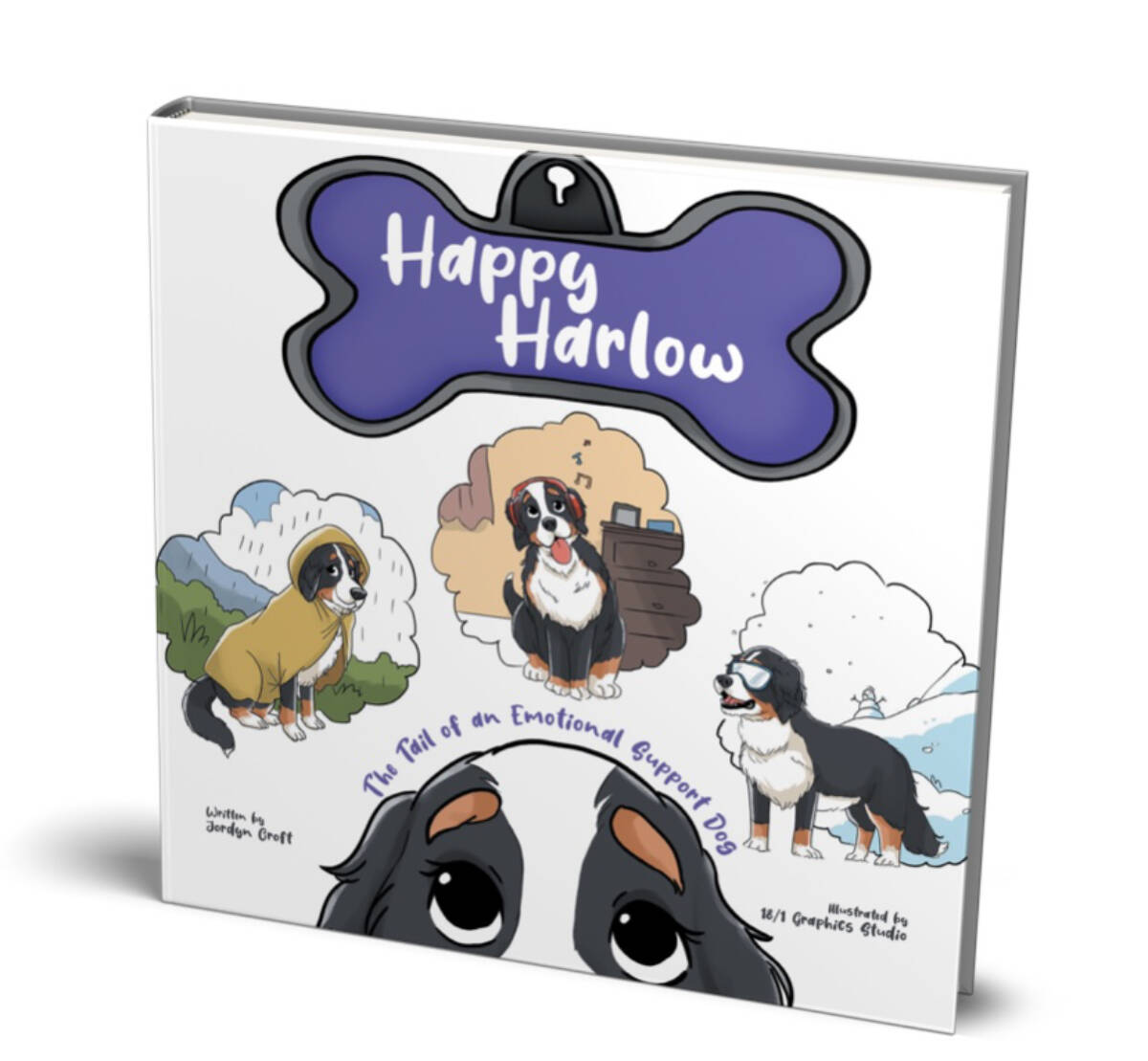 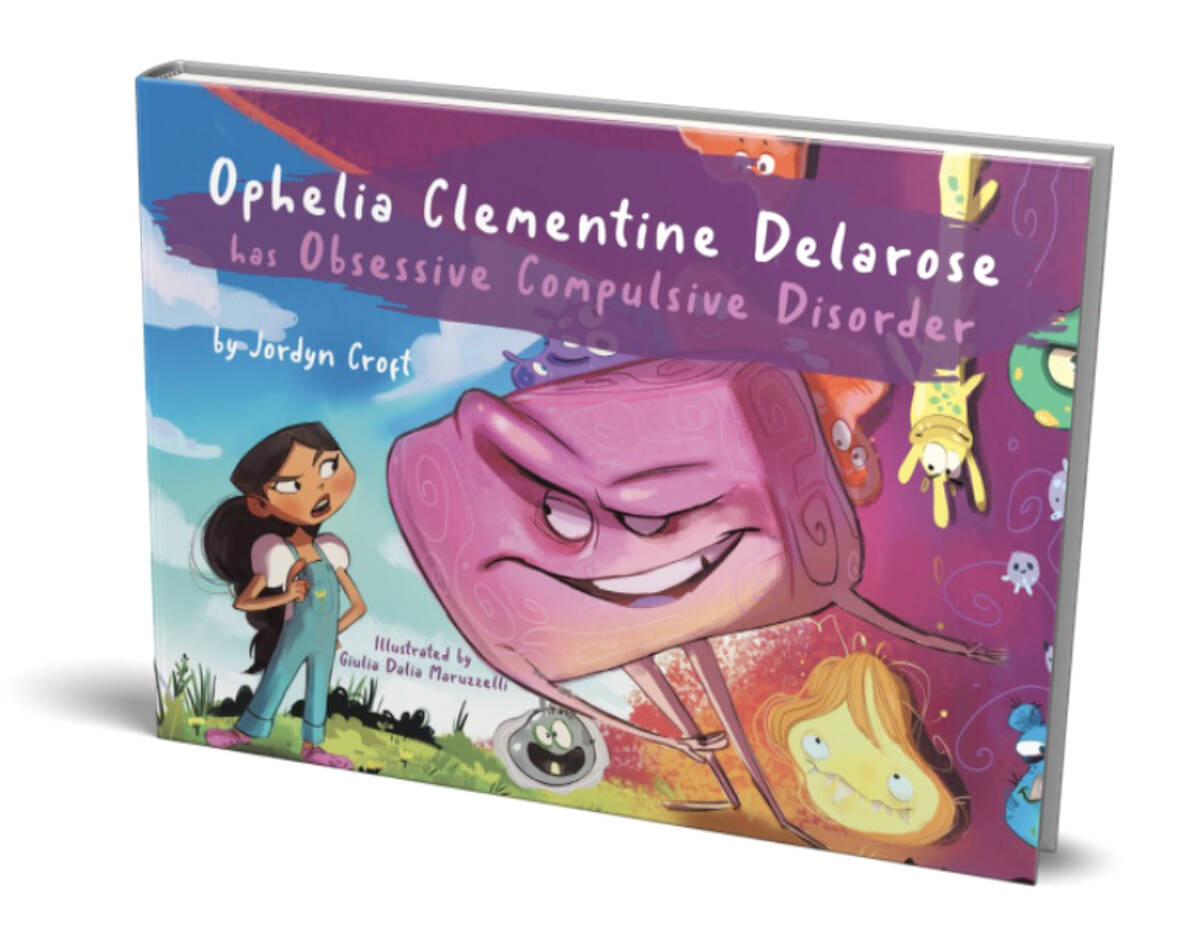