A couple of Langley residents are making waves in the theatrical community by being involved in the upcoming production of The Magician’s Nephew at the Gallery 7 Theatre.

This play is based on the famous novel from C.S. Lewis as part of his Chronicles of Narnia series, and is the first time this play has been produced outside of the 2018 Shaw Festival.

“We’re excited to be the first company outside of the Shaw Festival to produce this outstanding show as part of our official 30th anniversary birthday season,” said Ken Hildebrandt, executive/artistic director of Gallery 7 Theatre.

“We’re very excited to be presenting this classic story, especially because it’s been adapted for the stage by Canadian artists,” explained Hildebrandt.

Lower Mainland residents have a strong presence on both the cast and crew of this production, including two individuals from Langley.

Shana Pierce is set to play the role of Digory’s friend Polly, with Marcus Miller portraying the eccentric Uncle Andrew.

Directing this production, as well as designing the sound and projections, is Gabe Kirkley from Vancouver.

“I believe The Magician’s Nephew is the most mature of all the Narnia stories,” said Kirkley.

“It has the epic good vs. evil struggle of the other (stories) and strong parallels to Genesis. But, at its core, it’s about grief, friendship, forgiveness, redemption, and the responsibility we have to our friends, to all living creatures, and to God’s creation: to protect what has been given to us, including each other.”

All performances will take place at the Abbotsford Arts Centre, with there also being the option to watch each performance via livestream. For tickets and more information, visit https://www.gallery7theatre.com/. 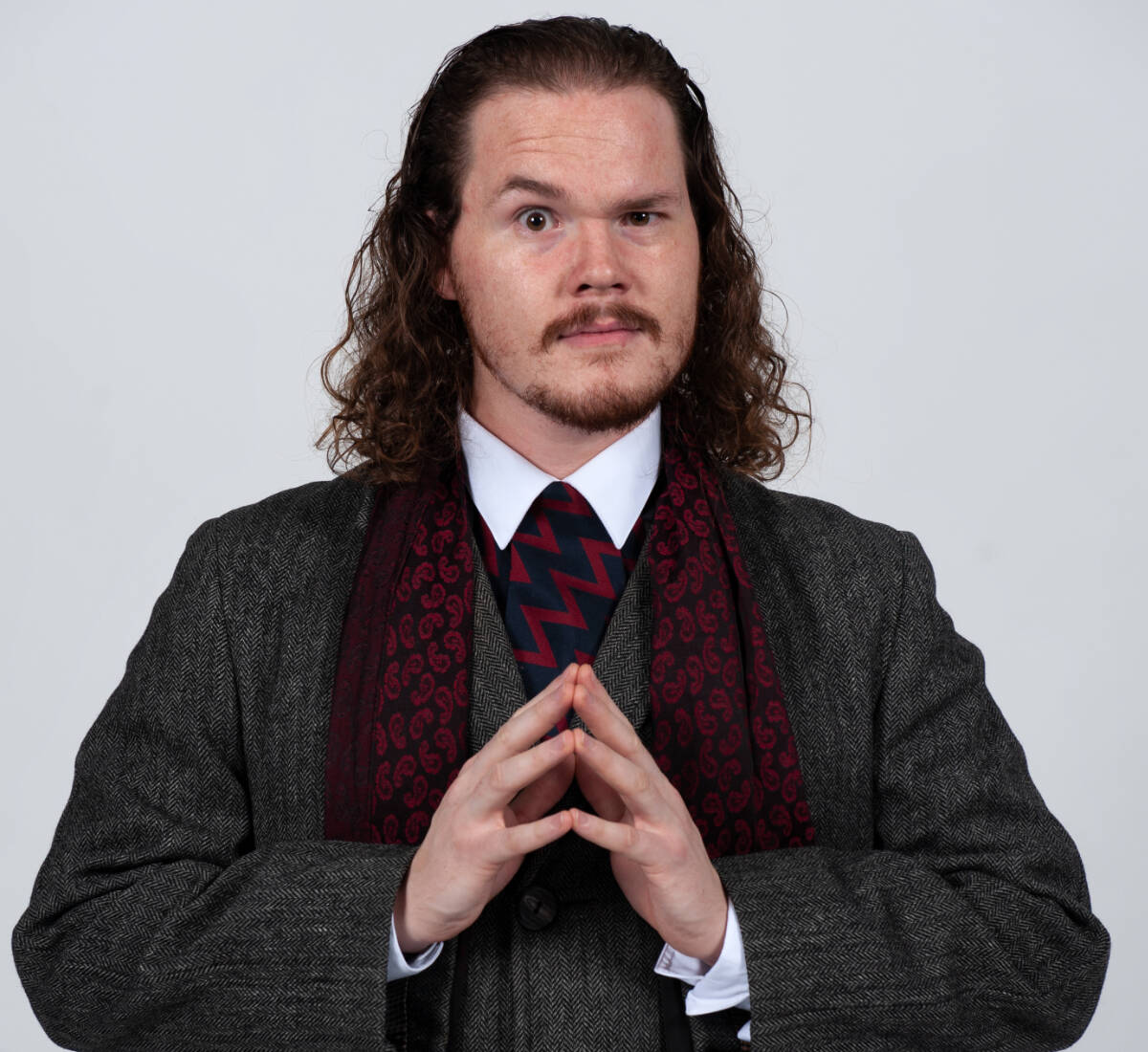 Marcus Miller will portray Uncle Andrew in the production of The Magician’s Nephew by Gallery 7 Theatre, running from Nov. 11-19. (Dianna Lewis Photography/Special to The News)