Six Langley-Aldergrove candidates debated with vigour in front of a packed on Wednesday (Oct. 9).

Van Popta made a point to single out the Liberal candidate early on, by making it known that it wasn’t until a few years ago that the Liberal Party implemented a Minister of Seniors.

“It’s something that took them three years to do so I wonder how serious they are about senior’s issues,” Van Popta added, lauding his predecessor Mark Warawa for his work as a Shadow Cabinet Secretary for Seniors.

Farstad said the Green Party will implement a minister of housing and convert 25,000 new and 15,000 rehabbed units into affordable housing nationwide.

DiPietra-Cudmore, a real estate agent, said Langley’s housing-spike was caused by “too little product on the market” and too much foreign real estate investment.

Wakelin said the NDP is committed to spend up to $5,000 in subsidies to help up to 500,000 families struggling to pay rent.

Retired veteran with 34 years of military services Ilene Fika asked candidates what they would do to support veterans.

“We want to reinstate the pension that used to be $2,000 a month,” DiPietra-Cudmore said.

“We’ll get rid of backlogs [for lifetime pensions] and step up personalized service delivery,” and an increased access to mental health care as needed, said Wakelin.

Farstad said the Green Party wants to restore periodic payments to veterans at the pre-2006 level.

Van Popta said Conservatives plan to “clear up the current backlog in applications within 20 months and create a dependable pension plan for those most in need.”

The Libertarian Party seeks to pull out Canadian foreign military intervention, which “caused the SNC-Lavalin scandal in the first place,” Joehl said, though it does not have a veteran affairs platform.

Jensen, a veteran with a disability, responded to clear up what he said was “misinformation” being spread about the backlong.

“There is a friend of mine in Langley,” a veteran with ALS, who put a claim in on a Monday, it was approved by Friday, and he died on Saturday. “His family received payment.”

When it came to a question of social isolation faced by many local seniors, Farstad and Wakelin promised more funding for community organizations.

The other four candidates lauded Langley’s active volunteer community, which is comprised of many seniors.

A question on climate change was submitted by a member of the audience.

Jensen, who said the Liberals are proposing zero-net emissions by 2050, was laughed at by a senior in the audience.

“Thirty years, I’d be too old for you by then,” he retored to Jenson, who responded with: “it is for our children and grandchildren.”

Van Popta continued to fire at the Liberal candidate: “they pushed it to 2050 because they couldn’t make their 2030 target.”

Both Van Popta and Wakelin cited new “green” technology and industries as a solution.

DiPietra-Cudmore said the PPC plans to remove the carbon tax, and “keep money in our own province, to look after our own people.”

“A carbon tax is not the answer – it’s an aggressive tax that hurts low-income people the most,” Joehl answered, citing the Libertarian plan to end Canadian subsidies to oil and gas companies.

Farstad admittedly “bikes everywhere” including her 30-kilometre commute to and from work, instead of driving a car, to lessen her environmental footprint.

RELATED: Seniors have their say at election debate 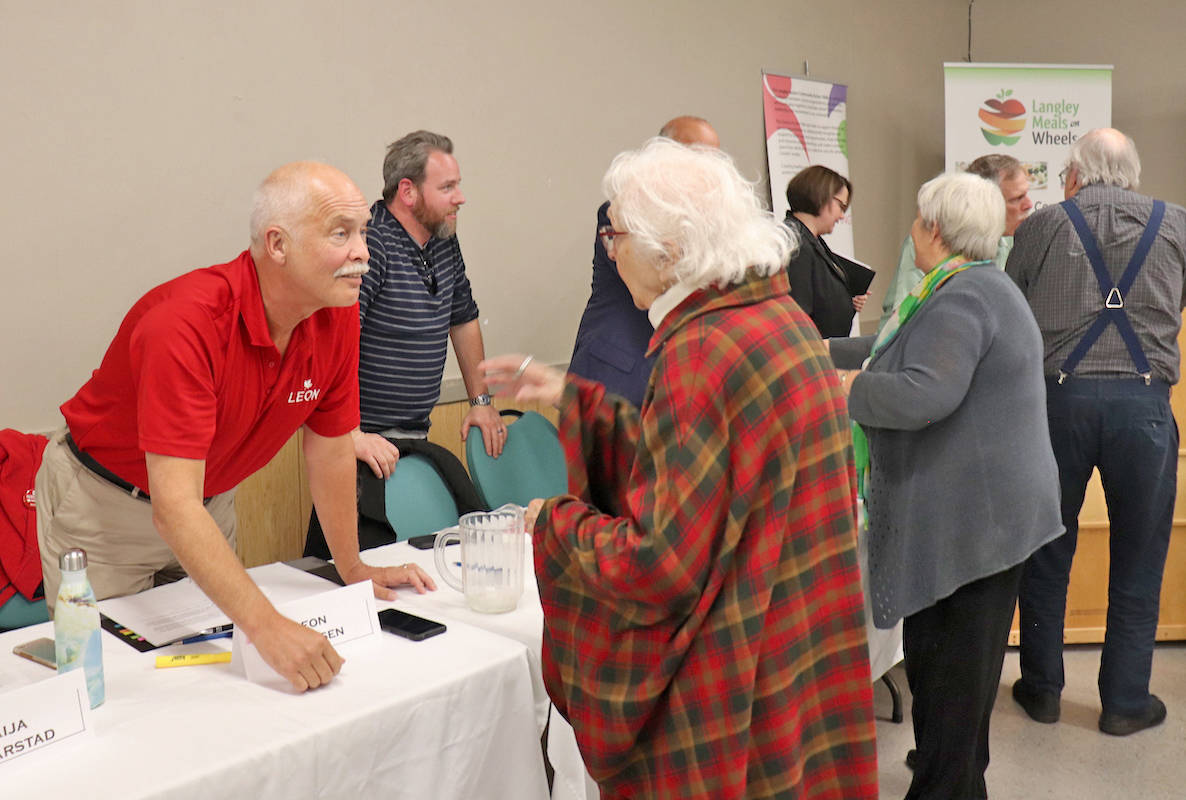 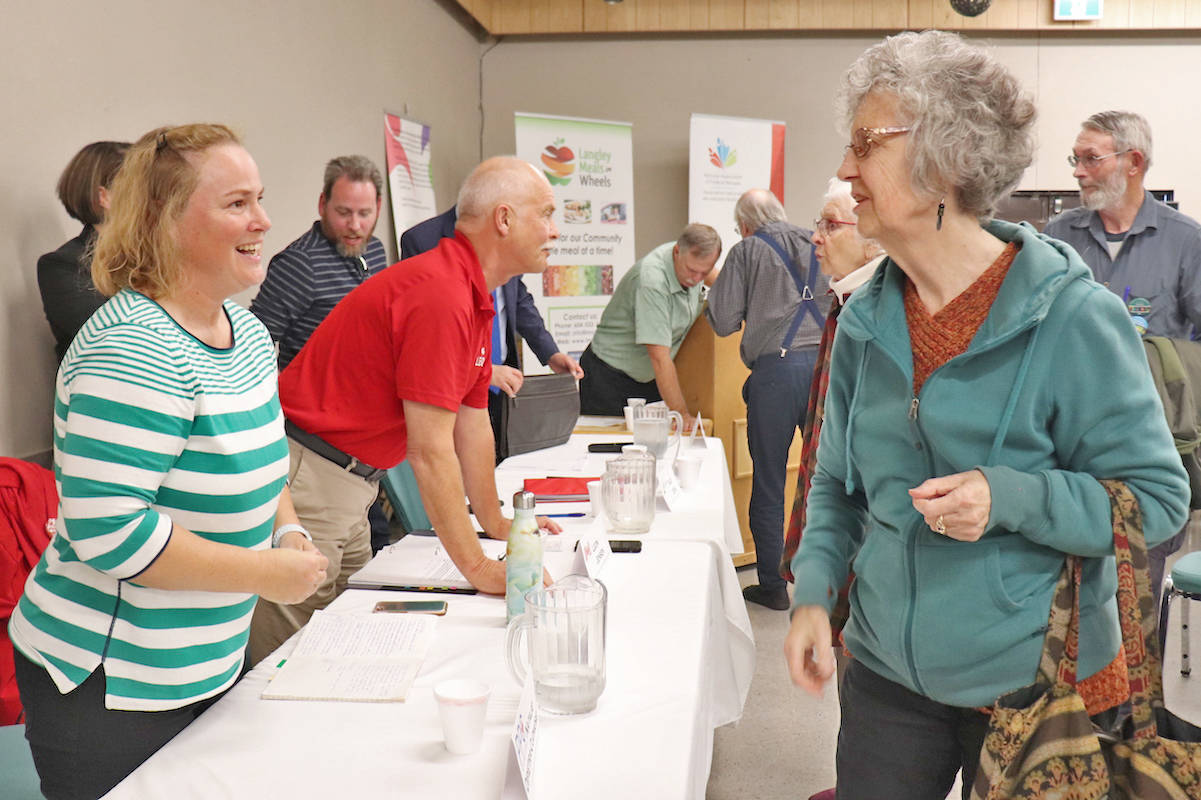 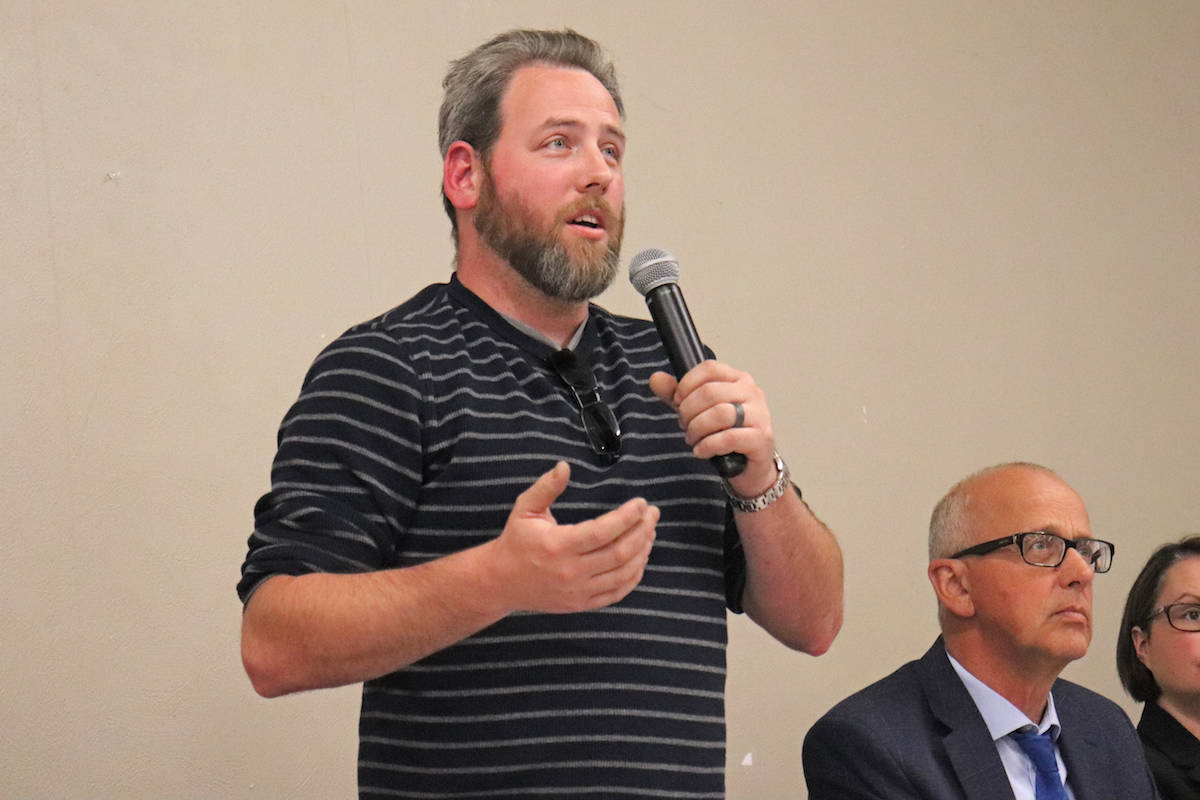