Shauna Browne used to crack up her dad, not intentionally, though.

“I always said I was going to be 25 and married, and by the time I was 28, I would have two kids and live happily ever after,” she explained. “I would always say I would have perfect children. My dad would laugh.”

Little did Shauna know what was coming her way.

She now lives in Clayton but is a longtime local.

“I’ve lived in Langley since I was seven years old,” she said.

Her parents lived in Langley City, then Fort Langley, then Walnut Grove. When she was about 15, they purchased a Molly Maid house cleaning franchise.

In 1989, she was named Miss Langley after having earned the title Miss Fort Langley. The title gave her the opportunity to represent this community at pageants around the area, including the one at the PNE.

“That was a really good experience for me,” Browne said.

After she finished school, she studied to be a lab assistant but was unable to find work in that field. She became a receptionist at a nutritional marketing company.

“I started off as a receptionist and worked my way up to general manager of operations,” she said.

Browne eventually left to run her parents’ franchise and later purchase it. While work was a struggle, her personal life was a bigger challenge.

“I had married young. I had two children right away,” she said.

But the marriage folded, and she was a single parent raising two children, plowing almost as much as she made working into paying for child care.

Browne said she and her ex-husband have made it a priority to be civil and ensure their children have relationships with both sides of the family.

“I really wanted to make sure that they had strong family support,” she explained.

She said she spent as much time as she could with her children whether it was for sports or stuff as mundane as washing dishes together.

“My kids were part of everything that I did,” she said.

She’s tried to set an example for them of not giving up during difficult times.

That’s a lesson she learned from her mother, the person she considers her most important mentor.

Browne has since found love with Lance, her husband.

Her two oldest, Bailey who is about to get married, and Kobee, are out in the workforce but still live with them in the downstairs suite.

Lance is a machine operator but also her partner in the cleaning franchise as they work to raise their youngest child, Triniti, 13.

They have built up the business so now it has 18 employees, including several single parents.

“It’s a good feeling that we provide people with an income,” she said.

Brown added that she also takes pride in the business being able to help take the stress off people, particularly seniors.

“We have a lot of seniors, people who want to stay in their homes,” she said. 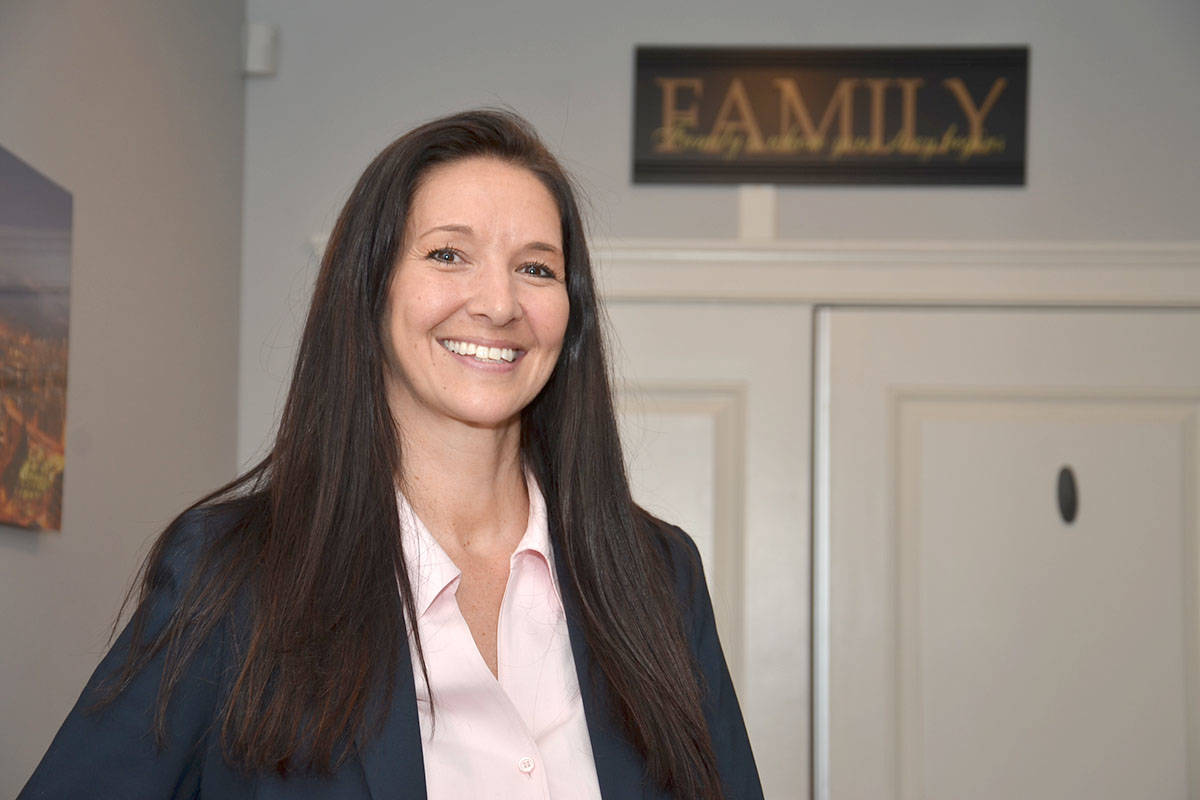 Shauna Browne struggled to raise two children while a single parent and hopes it taught them to persevere through hard times. (Heather Colpitts/Langley Advance)

Pregnant kittens taken in at 5th annual Kitten Round Up event