Wayne Wapeemukwa films have been screened, and lauded at international film festivals in Toronto, Los Cabos and Vancouver.

But the 27-year-old is looking forward to his feature film, Luk’Luk’I, being shown at the Langley International Film Festival.

Luk’Luk’I is an unflinching look at the social impact of the 2010 Vancouver Olympics on residents in the nation’s poorest postal code, and is on the bill for the third local film festival that benefits the Langley School District Foundation.

“I think I might prefer showcasing my work in my hometown,” Wapeemukwa said. “The bigger festivals come with more strings attached and far more pressure. My film was always intended to be a work of social justice, so having the opportunity to use it as a fundraiser makes me really happy.”

Luk’Luk’I is the Native name for the swampy area that is now the Downtown Eastside. Wapeemukwa’s film is a dark, stylized look at the legacy of colonialism set against the backdrop of the Vancouver Olympics and the squeaky clean image presented to the world.

The movie tells the stories of people in the area of ‘Wastings and Pain’, the nickname for the intersection of Hastings and Main.

Proceeds from Langley’s film festival, which runs Feb. 16 to 18, will go to help other aspiring filmmakers learn the craft.

Wapeemukwa benefited from one of those programs.

“At Brookswood I had an amazing film teacher named Carl Hofbauer who introduced myself, along with many other talented students who I collaborate with to this day, to filmmaking. From Brookswood I taught myself and gained more experience on set and for a brief time in film school,” he explained.

In his case, he’s the first to admit Brookswood Secondary having a film program set his course in life.

“My high school film program is the only reason why I ever decided to become a filmmaker; perhaps it was even the only thing that ever motivated my decision to do anything! The studio was for me, like a lot of students, a second home,” Wapeemukwa said.

He grew up “down by Glenwood Elementary on a plot of land that was originally my paternal grandparents’” and while the family is no longer on the property, he enjoyed growing up on a sheep farm in rural Langley.

“In my high school I set most of my films in Langley, mostly because I didn’t have a car to go elsewhere,” he said. “While Langley has always been my home, I was also aware of an entire subculture of teenagers which did not correspond in anyway to the values solicited by the older generation. This contrast, or conflict, was always something I thought unique about where I grew up.”

In addition to his film making being impacted by his formative years spent in Langley, it was informed by his family heritage as Metis.

“I like cinema’s capacity to challenge reality and also at the same time reflect back a reflection of ourselves that may indeed showcase just how unrecognizable our self-images often are,” he said.

Wapeemukwa currently lives in London, UK, working in an elementary school before continuing his doctoral studies.

Under his belt, he has Luk’Luk’I, which has garnered best Canadian first feature film at TIFF, a Directors’ Guild of Canada Discovery Award and best B.C. film at VIFF. There is also the short film of the same name that inspired the feature length film, and other award-winning short films (Foreclosure, Balmoral Hotel and Srorrim).

“I like cinema’s capacity to challenge reality and also at the same time reflect back a reflection of ourselves that may indeed showcase just how unrecognizable our self-images often are,” Wapeemukwa said.

Intimately linked with his filmmaking is his interest in philosophy.

“Philosophy was always a second interest of mine,” he said. “I grew into filmmaking at the same time as reading philosophers in high school such as Nietzsche, Sartre and especially Camus – many of my first film ideas came from these writings so for me, at least, the two are inseparable.”

There will be plenty for audiences to mull over at this year’s Langley International Film Festival which is held at the Chief Sepass Theatre in Fort Langley.

Friday, February 16- 7:00 p.m. Cadillac Tramps: Director, producer and actor in attendance at screening and after party at lelems art and cultural cafe. Enjoy the film, then meet the cast and crew.

Saturday, February 17 – noon Student Montage of Films: Feisty and outspoken; electrifying and subdued; versatile and abstract; deep, fantastic and real – these are the films that are emerging today to become the masterpieces of tomorrow. Adjudicated by film experts, the students present their films and receive the feedback. The judges are ruthless, but the students can take it.

Saturday, February 17 -3:30 p.m. Luk’Luk’I: Watch as the cream of the crop collide with the salt of the earth in Luk Luki’l. Directed by Wayne Wapeemukwa, a Langley School District Brookswood Secondary graduate, the film is a sharp historical critique of what happens when greed rears its ugly head as it did in Vancouver in 2010. Wayne Wapeemukwa, who now resides in London, England will be interviewed via skype by his high school film teacher, Carl Hofbauer following the screening.

Saturday, February 17 – 7:00 pm Get Out: American horror/comedy film written and directed by Jordan Peele. It starts out as any unpretentious and approachable film might do with a lovable couple in a benign situation, but it soon twists into a disturbing, mysterious and intense atmosphere of horrific dysfunction.

Sunday, February 18 – 1:00 p.m. C’est la Vie: This is a must see for all French Immersion students and teachers. A sophisticated and delightful comedie with subtitles. Vous allez voir, c’est très amusant.

Sunday, February 18 – 3:30 p.m. Wonder: A sad but true story of a young boy struggling to survive in a world that refuses to accept the exceptional. Jacob Tremblay is brilliant as portrays the real-life Auggie Pullmane who has a rare medical facial deformity, which he refers to as “mandibulofacial dysostosis. Jacob Tremblay will be in attendance, as will his canine co-star Daisy who played Gidget in the film. Join them for the for a Q&A following the screening.

The cost is $10 per screening. The festival package is $50 for all screenings and the admission for the opening night after-party is $25. 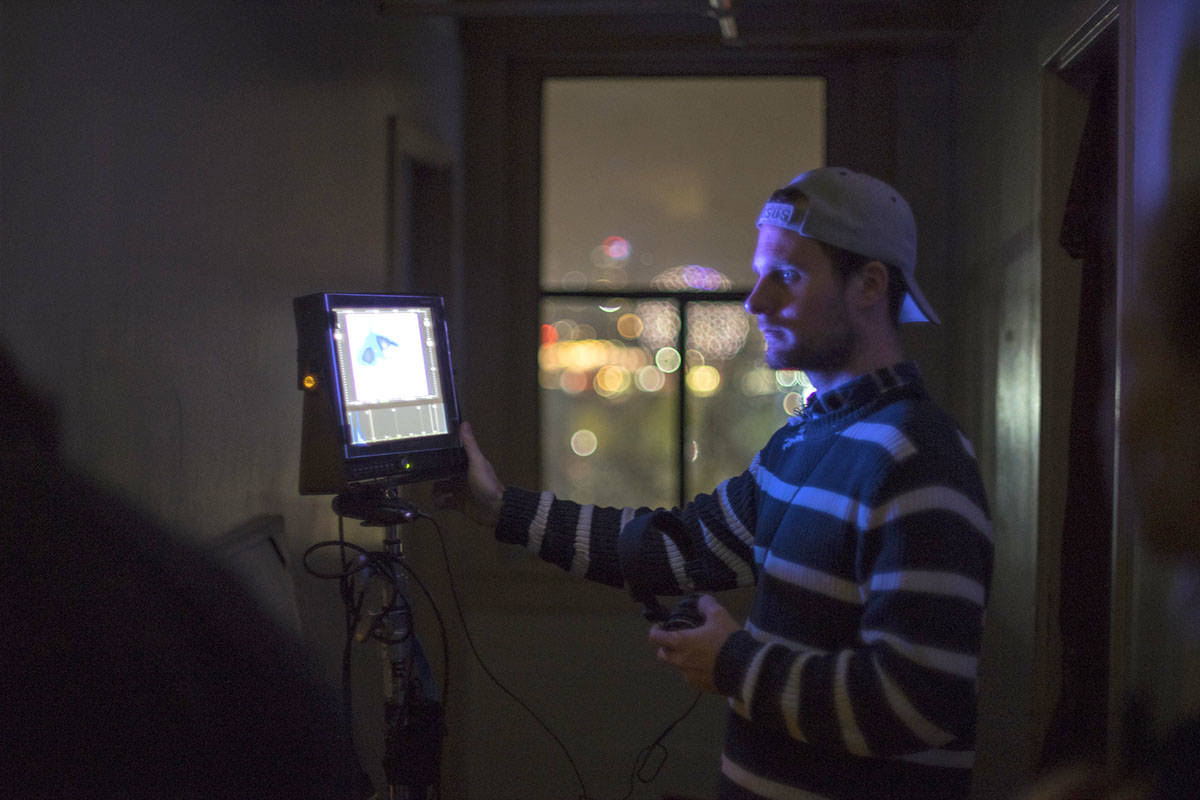