Candidates for seats on the Langley Township council and school board gathered at Redwoods Golf Course Wednesday to meet and mingle with voters.

The second meet and greet event organized by the Greater Langley Chamber of Commerce drew several dozen people, although early on the number of candidates was as large as the crowd there to speak to them.

Growth was a big topic for the candidates.

“I think they want managed growth,” said council candidate Steve Ferguson, who said he was also hearing a lot about transportation issues and gridlock on major roads.

Mayoral candidate Anna Remenick said she had heard from voters concerned about a possible truck route on 216th Street, where a new overpass is under construction.

Council candidate Gary Hee said he’d been asked about speeding up approvals for multi-family housing projects in the Township.

Hee said he doesn’t want to see mistakes made in creating essential services the population needs.

Colleen Clark, executive director of the chamber, said virtually all the candidates contacted had come to the meeting. All three mayoral candidates, including Jack Froese, Alex Joehl, and Remenick were speaking to voters.

Clark said the ultimate goal of the chamber-sponsored events was to get information about the candidates out to the public, and to encourage people to get to the polls on election day, Oct. 20. 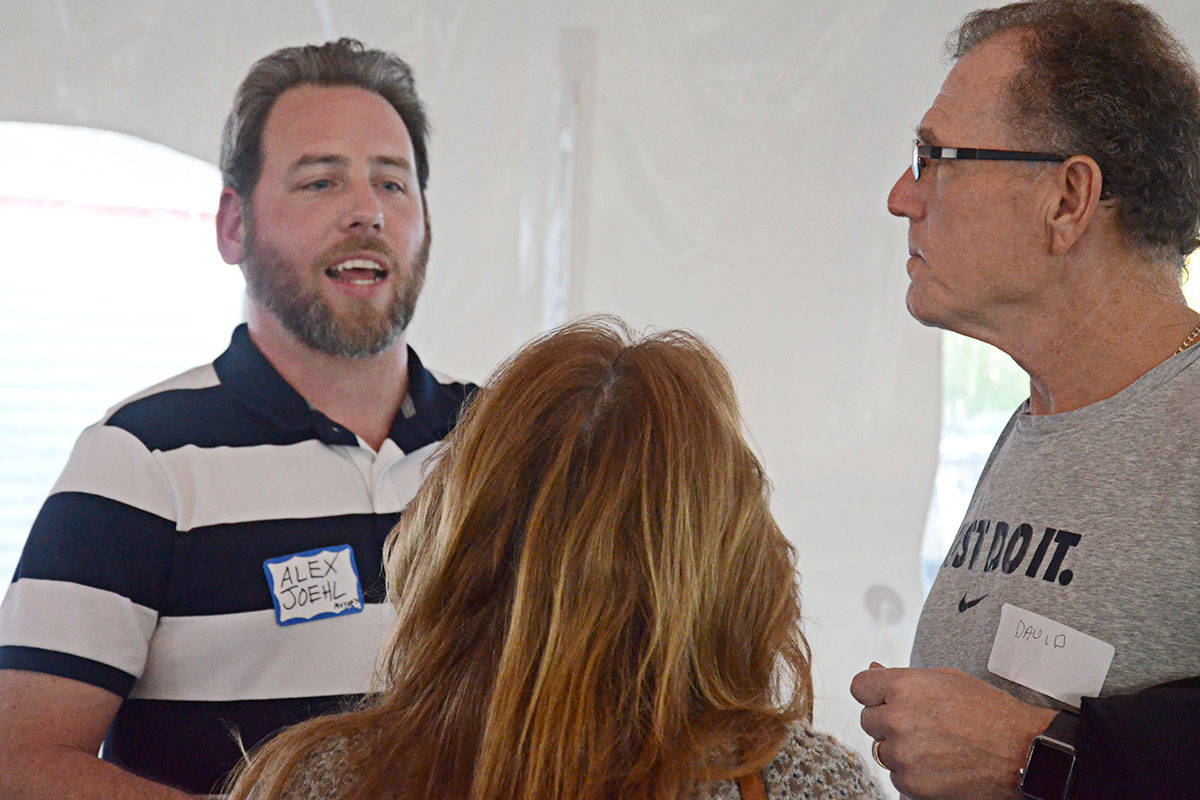