My two companions and I sat watching as a succession of people perched atop the elephant. Finally I couldn’t stand being on the sidelines any longer, and I paid my 20 Yuan to experience what it was like to ride an elephant.

We were at the Yunnan Nationalities Village in Kunming that celebrates the diverse peoples of Yunnan Province, China. The ancient mode of elephant transport is still sometimes used by the Dai people, if only to show tourists how it’s done.

Through much of China, ancient modes of transport have given way to modern conveyances.

The highways I travelled in China were extremely well-engineered, making for convenient, rapid travel through the mountainous terrain.

In fact, my Chinese colleagues told me of a new practice being fostered by the government to give employees Friday afternoons off to encourage weekend travel and tourism.

One cannot help but notice numerous recent model, high-end cars on the road in China. I mentioned to my hosts how I always bought used cars, and that seemed like a foreign concept (maybe because it was?).

The other vehicle type one can’t help but notice is the electric scooter. Major streets have scooter lanes, featuring a constant procession of scooter drivers, often carrying heavy loads or even sometimes one or two additional passengers. Bicycles by contrast are quite rare — mostly gone the way of the elephant.

Pollution from vehicular traffic was highlighted during the Beijing Olympics in 2008, when officials limited traffic in the city to curb their impact. The issue continues, however, as the number of Chinese being able to afford cars has exceeded the capacity of the road system, and the airshed.

In August, 2015 when 5 million cars were forced to drive only on alternating days in Beijing, residents reported being able to enjoy clear air for a change. The measure facilitated a military parade under blue skies to mark the 70th anniversary of victory over Japan in the Second World War.

It is remarkable that China is the world’s second largest consumer of petroleum but only the fifth largest producer of oil.

Over on this side of the Pacific Ocean, the Chinese thirst for fuel is often apparent … it’s the elephant in the room whenever we’re talking about things like pipelines or liquefied natural gas here in B.C.

However, innovative green energy initiatives are highly visible in China. Looking out my hotel window in Huize, I saw windmills dotting the skyline, and the mosaic of rooftops before me were decorated with the ubiquitous solar water heaters.

Already seeing the massive movement towards electric scooters, the electric car cannot be too far behind.

Perhaps before long Chinese tourists will be taking off on a Friday afternoon in electric vehicles —hopefully under blue skies. 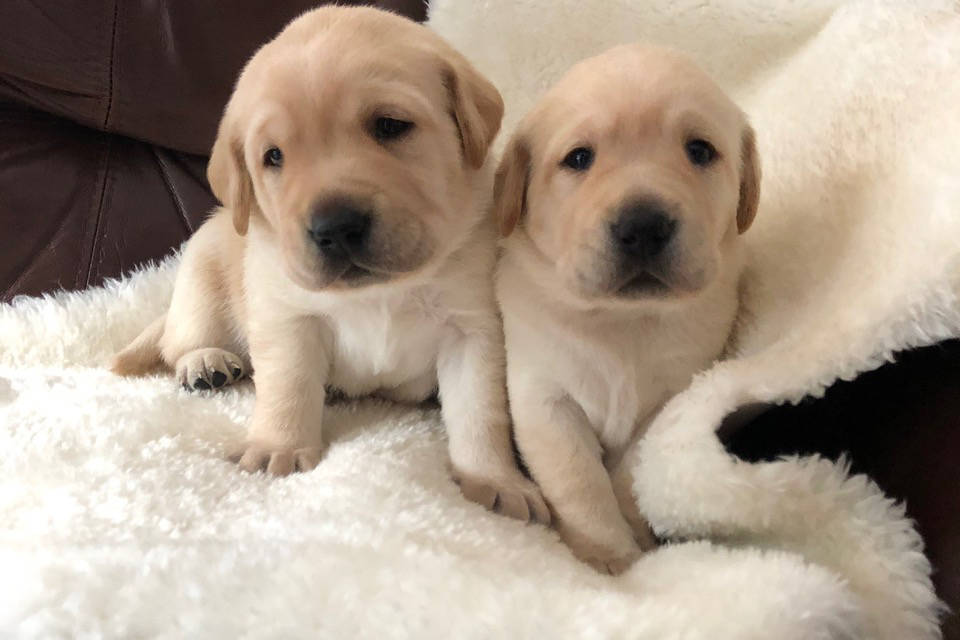 ‘Bonnie’ and ‘Henry’ among latest litter of service dog puppies