A symbolic lit Remembrance display on the walls of the Aldergrove Legion was stolen Saturday night within hours of its installation.

The Aldergrove Legion Branch 265 has been preparing for the annual poppy campaign that begins October 26 and runs until November 11.

The Legion’s national Dominion Command has created a Poppy Drop Projector for branches to use to display the falling poppies, that many have seen on the Parliament buildings in Ottawa in recent years. This display of Remembrance has been viewed by tens of thousands in person and hundreds of thousands through social media.

“Aldergrove Legion members that were at Dominion Command Convention in Winnipeg in August thought this would be a great addition to our building for the Remembrance season,” said Aldergrove Legion secretary manager Madeline Roach.

The projector from the catalogue, seen in the photo below, shows that not only can it be used for the Poppy drop, but also for the Christmas season with Christmas trees and snowflakes, as well as stars and Maple Leafs.

The other photo shows the projector on top of the Aldergrove Legion building on Saturday night with the falling poppies cascading down the walls of the building.

“Our volunteers put the projector on top of our office roof and secured it and the cord so it would last in our weather until November 11th,” said Roach. “When I came to work on Monday morning I noticed the cord (and board it was secured to) was missing from our building. Our volunteers went up on the roof and saw that the secured projector was gone.

“The projector was not running except for an hour or so on Saturday night. Most of our Branch members were not able to see it operating on our building. Whoever took the projector off our building does not have the remote needed to operate it as our volunteer still has it,” said Roach.

“I do not understand why anyone who saw the falling poppies would want to take this display of Remembrance that the Aldergrove Branch of the Royal Canadian Legion wanted to use to enhance the thoughts of Remembrance in our community. As far as I know the projector will not work without the remote. If anyone has seen our projector in our community we would like it back.”

The Legion’s Poppy campaign starts October 26 and runs until November 10. The ‘We Remember’ banner is still on the building and Aldergrove Legionnaires hope that all members of our community take time on November 11 to: ‘Honour, Thank, Remember’. 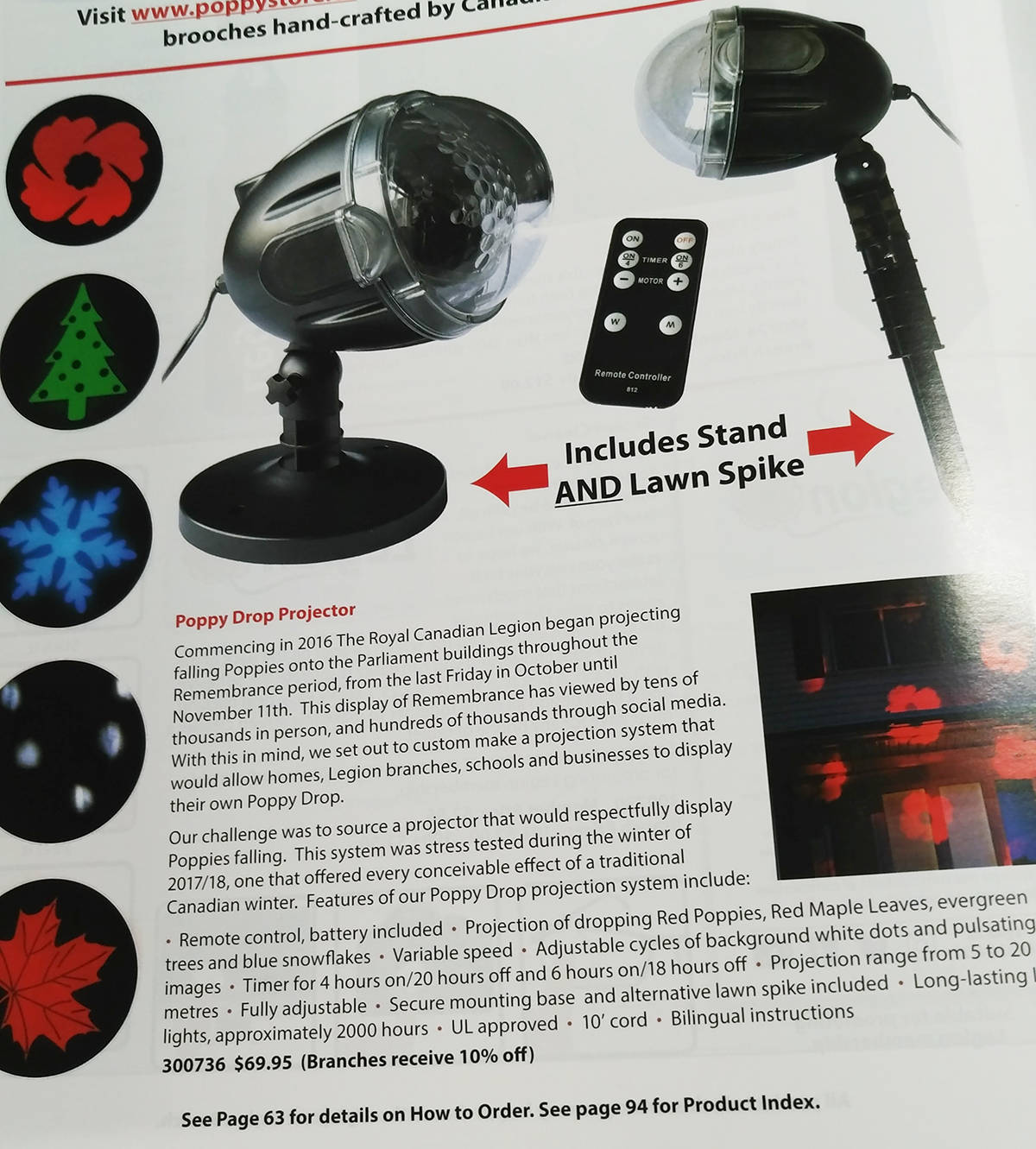 SUBMITTED: The projector from the catalogue shows that not only can it be used for the Poppy drop, but also for the Christmas season with Christmas trees and snowflakes, as well as stars and Maple Leafs. 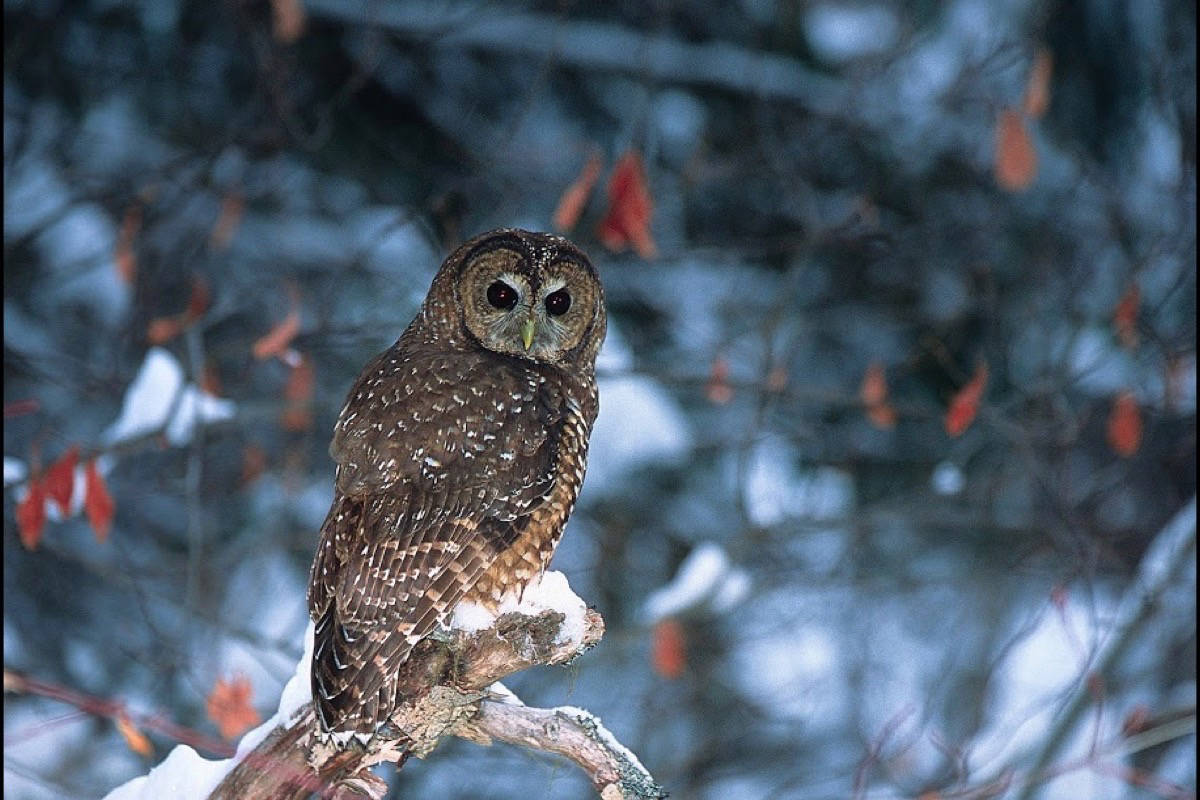 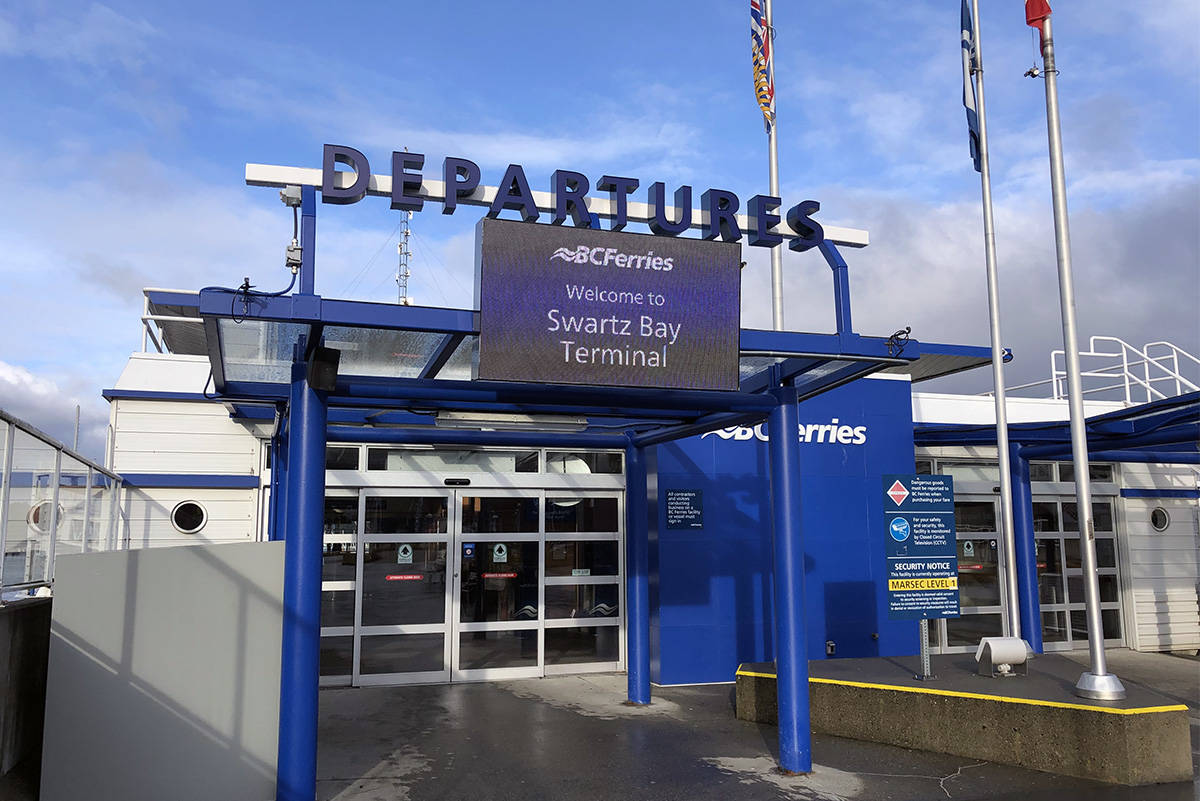