Approximately 130 people attended the mayoral forum at Cascades Casino ahead of Saturday’s election.

Following dinner, candidates were asked a series of pre-selected questions and given 45 seconds to answer.

The questions covered a range of business-related topics, including how to attract new business, as well as housing affordability, marijuana sales, transit, infrastructure, taxes, stakeholder engagement and whether each would suppport amalgamation of the Township and City.

Responding to a question about engaging stakeholders and partners, van den Broek said,“What I see as a vision for council is using council members and their strengths and putting them into those roles to deal with specific government.”

Joehl answered a question about taxes by suggesting a tax freeze for one council term in order to help solve infrastructure issues.

When asked if council would support an amalgamation of the two Langleys, Fassbender said his commitment is to collaborate.

“I think as two communities and all the communities, we need to have a common vision for transportation and homelessness.”

Remenik said she thinks the current division is ‘working together well.’

With the legalization of marijuana on Oct. 17, questions were posed around what type of marijuana retail policies council would enact.

Froese said the current council ‘hasn’t looked at it seriously yet.’

“We need to ask Langley what they want for a made-in-Langley policy.”

At previous municipal election Chamber of Commerce debates, all candidates were invited to participate.

Executive director Colleen Clark explained why the Chamber chose to include only mayoral candidates at this year’s meeting.

“In the past we used to hold all-candidates events, but we found we couldn’t get our questions through to 22 or more candidates. So this year we went with filming videos in office.”

This year’s candidate videos can be viewed on the Greater Langley Chamber of Commerce YouTube channel. 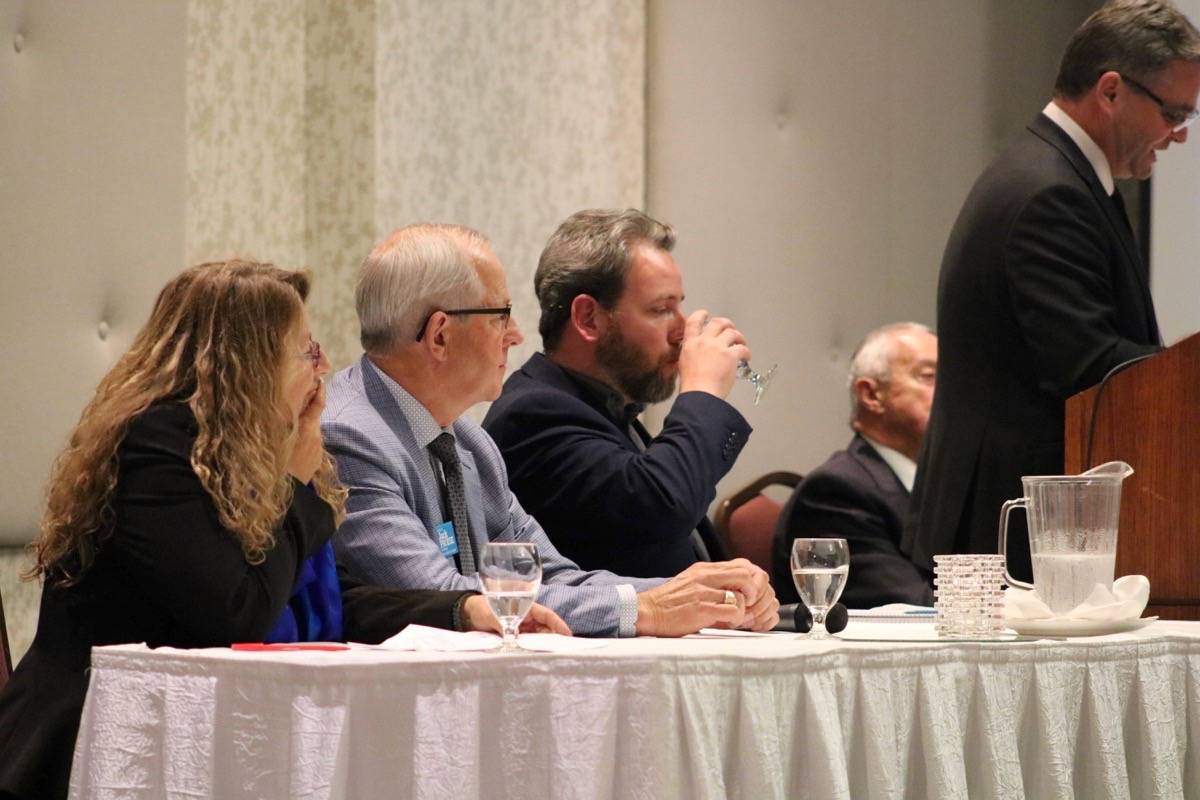