On Friday afternoon, representatives from the City of Surrey, federal government and Surrey United Soccer toured the park, taking in progress of the joint-funded project.

The 20-hectare Cloverdale Athletic Park, located on 64 Avenue, has had two artificial turf playing fields installed since last year, and a new fieldhouse for the Surrey United Soccer Club will be coming next year.

The park had two artificial turf fields before the renewal project, installed in 2004 and 2006. According to a City of Surrey report, the field installed in 2004 had “degraded to a point that replacement [was] necessary.”

That field, known as “Field #1,” was replaced with new turf. The process of removing the old turf, recycling it, and installing a new shock pad and new surface material came in at about $650,000, according to Parks Development Services Manager Tim Neufeld.

Field #2, which was previously a natural grass field, was converted into synthetic turf at around $2.5 million. A new practice field was created as a part of that conversion, replacing a field that was practically “unusable” at certain times of the year due to weather and poor drainage, said Tom Duncan, president Surrey United Soccer.

The new synthetic turf allows the fields to be used more often, and in more varied weather conditions than natural turf.

“This park is so well-subscribed, so anything we can do, collectively, to increase the capacity and get the fields to be active longer and to have a longer season is really helpful for the community,” said City Councillor Bruce Hayne.

Work on the new fieldhouse was originally expected to begin this past spring, but the development team is still in the design process.

“We hope to get construction underway later this fall,” said Neufeld. “We’re anticipating seven to eight months in construction, so [it will open] sometime next summer.”

After the fieldhouse is complete, there will be new projects to consider.

“There’s always opportunity for further development,” said Neufeld. “It’s really about maximizing the use of the space. These are really good progressions with the use of the synthetic. Folks like Surrey United can speak to that, in terms of meeting the demand.”

“In the next five years, we’re probably looking at doing the softball diamonds,” said Duncan. “Parking is an issue here too, which the City understands. Eventually we’d like to see [additional parking]. We’re discussing that with the City right now.”

Meantime, the fields are open to sports groups and community organizations. For more information, visit surrey.ca. 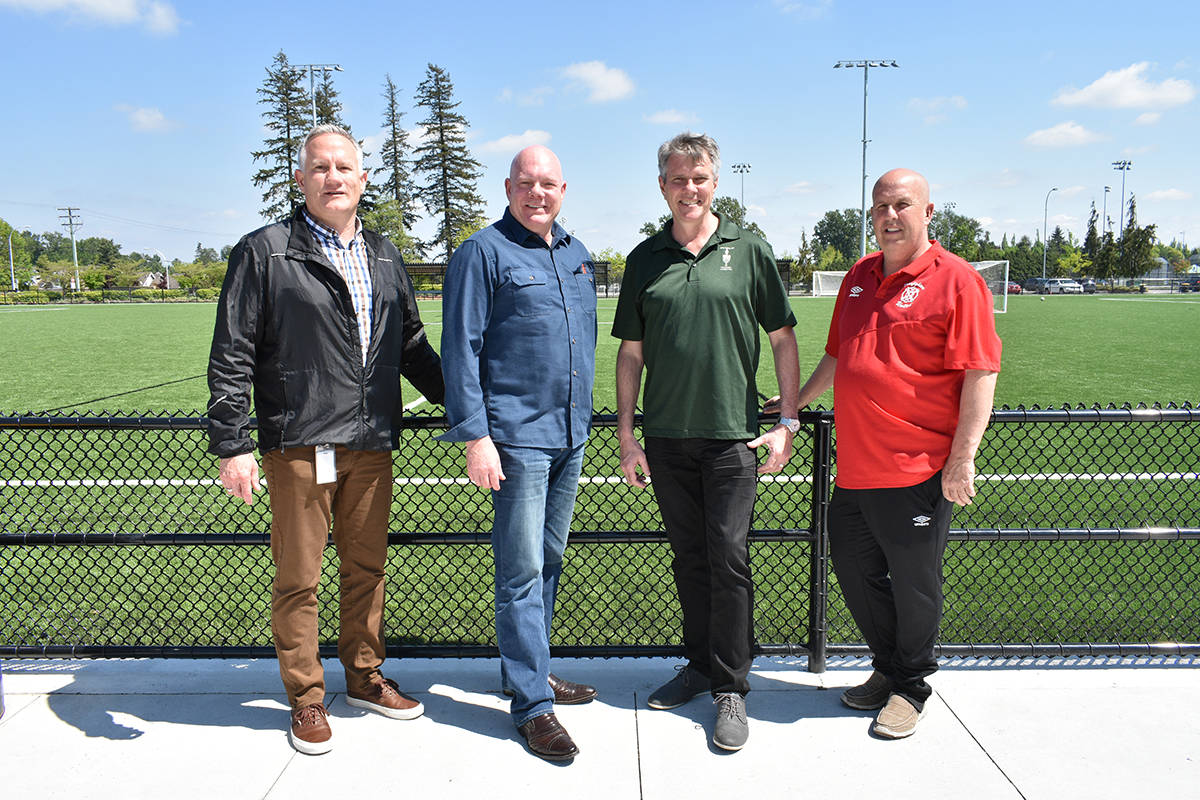