The People’s Party of Canada (PPC) has arrived in the eastern Fraser Valley and they are serious about the 2019 federal election.

The PPC is the creation of Maxime Bernier who lost the leadership of the federal Conservative Party to Andrew Scheer in May 2017 by a margin of 50.95 per cent to 49.05 per cent. He then fled the Conservatives calling the party “too intellectually and morally corrupt.”

So as the PPC prepares for a celebration on Saturday with the establishment of electoral district associations (EDA) in all six ridings in the Fraser Valley region, the obvious question is: Who benefits from a new federal political party to the right of the stalwart Conservatives in this area?

The man who finished second place to Mark Strahl in Chilliwack-Hope in the 2015 federal election thinks the PPC could certainly shave enough votes away from the Conservatives to see a Liberal elected locally.

“Absolutely,” Louis De Jaeger said. “If this was 2015, Mark would have lost. He could have very well lost…. Are there enough right wing votes that will jump on board to a party like the People’s Party? I say ‘ya.’”

Hope resident Ben Besler is no stranger to grassroots politics. Besler ran unsuccessfully as a B.C. Conservative Party candidate in 2009, losing to John Les, then he became heavily involved in the 2010 Fight HST campaign, then he switched allegiances and joined the BC Liberal Party.

Now, Besler is the Fraser Valley regional organizer for the PPC, and he dislikes the vote-splitting argument, one he heard before on the provincial level.

“I have believed for quite some time that a vote is earned not owned,” Besler told The Progress. “People vote for all sorts of reasons. Sometimes they vote for the leader… sometimes people move in and out of ridings. You never know who is going to vote what way in the next election, and the idea that a vote is owned and not earned flies in the face of the democratically accountable process.”

Besler said he was attracted to the PPC by Bernier’s straightforward message.

• RELATED: Maverick MP Maxime Bernier says racists have no place in his party

“You knew where he stood,” he said. “He spoke to values that the majority of Canadians share. The values of freedom and responsibility, respect. Those types of things resonated with me.”

As for the benefit to the Liberals, Besler doesn’t buy it.

“I think a lot of people especially in Chilliwack see the federal Liberals as a bit of an embarrassment to the country,” he said. “They have a lot of work ahead of themselves to rebrand their own party.”

De Jaeger is not running in the federal election next October, and the party is a long way off from choosing a candidate. The PPC, too, is in the early days of getting organized but with 32,000 members across Canada, and 150 so far in Chilliwack, Besler said they are confident they will have a candidate in every riding in the country.

For his part, Strahl said the Conservatives are focused on building a strong platform to be a “principled alternative” to the Liberals in the next election.

“It’s too bad Maxime Bernier has decided to quit the party he so recently wanted to lead in order to pursue his own personal ambitions,” Strahl said in an emailed statement.

“Local conservatives know that the only political party capable of replacing Justin Trudeau and the Liberals is the Conservative Party of Canada, lead by Andrew Scheer.

“That being said, I’ve never taken a single vote for granted. I will continue to work hard to earn the continued support of my constituents.”

This Saturday, the PPC is scheduled to elect the founding of its final EDA in the Fraser Region, in Mission-Matsqui-Fraser Canyon. They will be celebrating at 1 p.m. at the Townhall Chilliwack that will include a personalized video greeting from Bernier.

Besler said anyone is welcome to come but those wishing to do so are asked to RSVP to info@ppcchilliwackhope.ca. He added that 125 people had already said they will attend. 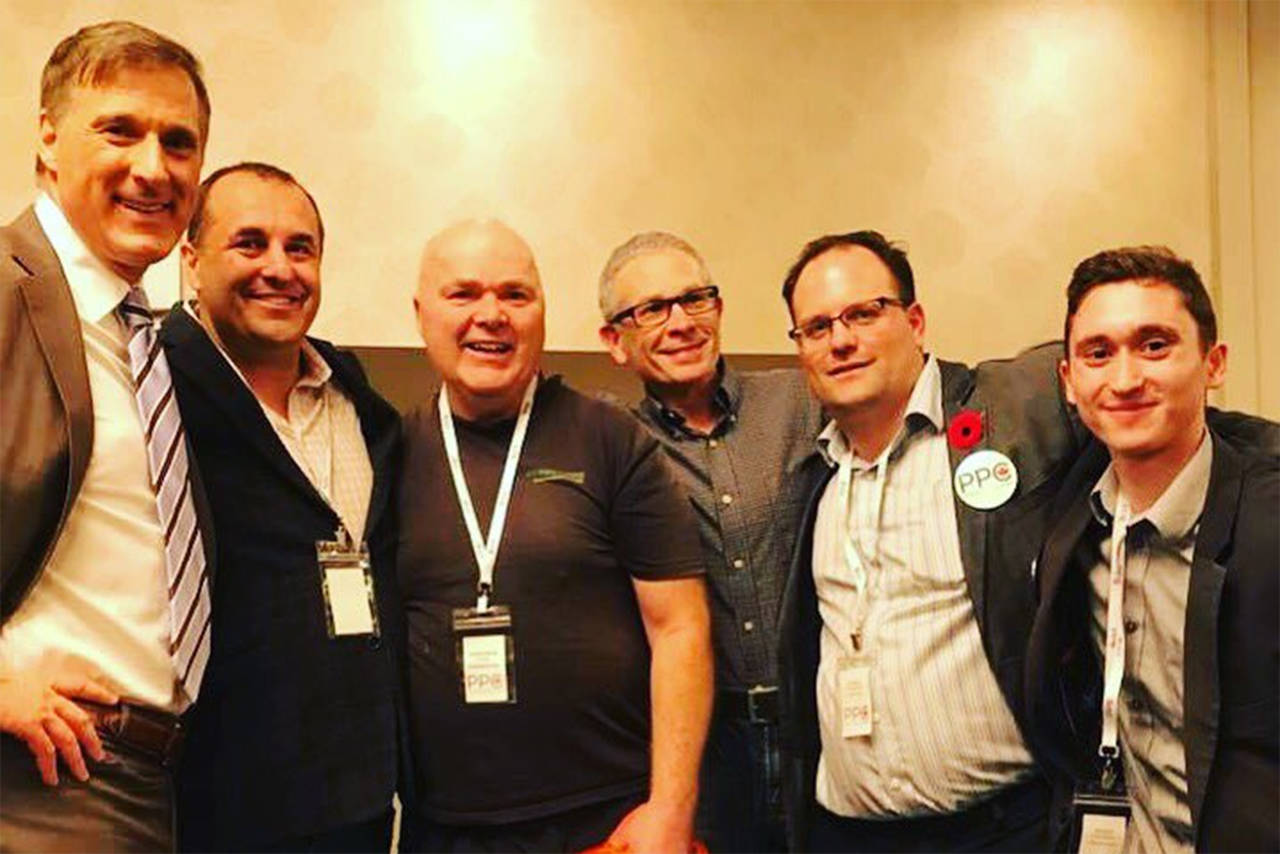 10 years for B.C. man who killed girlfriend with hammer, burned her body

‘There has to be accountability’: victims of sterilization demand action