Although created here, The Divine Miss M won’t be available for Langley rose gardens for “a few years,” according to the rose’s creator, Brad Jalbert of Select Roses.

The Divine Miss M is named for singer, songwriter, actress, comedian, film producer Bette Midler, in honour of her founding and work with the New York Restoration Society.

Internationally recognized rose breeder Jalbert was approached by the New York Botanical Gardens to see if he had a rose suitable for honouring “someone special.”

The rose would have to be “bawdy, brass, and bold, but it also had to be divine,” Jalbert was told.

They liked the rose he picked for them – “a big white rose that looks like it has a dollop of whipped cream on top,” said Jalbert.

“When they saw the rose,” said Jalbert, “it was everything they hoped it to be.”

And so they acquired the naming rights for the creamy white rose with a light vanilla scent, and it became The Divine Miss M.

Jalbert said that, because of the time and cost involved in developing a new rose, groups and organizations that want to name a special rose, usually to honour a person or a place, are normally charged anywhere from $7,500 to $15,000 for the naming rights.

Buying the naming rights in this case included the right to use it for fundraising, to further Midler’s work in developing green spaces and better environment in New York for people across the social and economic spectra.

So Jalbert won’t be marketing the rose at least until Midler’s people have met their fundraising goal with it.

“It will be a few years before The Divine Miss M will be available locally,” Jalbert said. 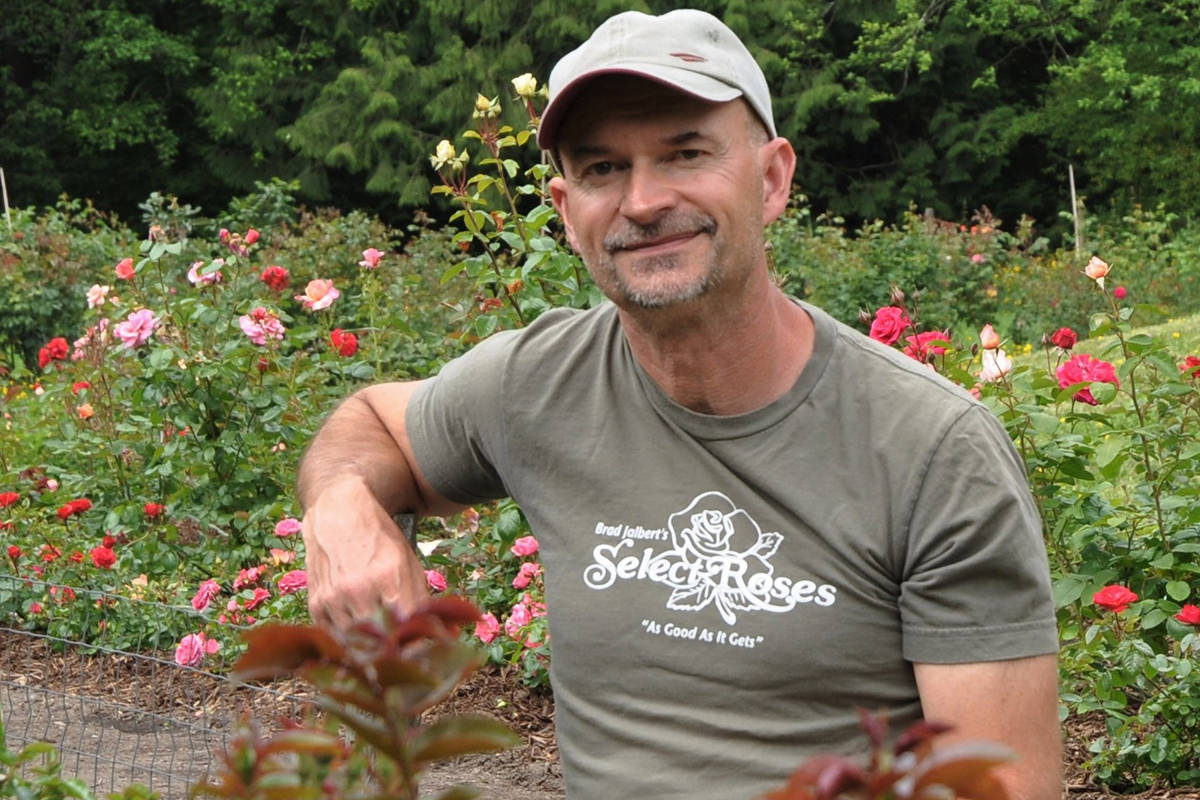 Brad Jalbert of Select Roses developed The Divine Miss M. He has gained international recognition his Langley roses over the past 30 years.