LeClair, 26, was gunned down outside a popular restaurant in Walnut Grove in February 2009.

Vallee was also found guilty of conspiracy to murder the Bacon brothers.

Vallee, who sometimes goes by “Frankie,” “Frank,” “Panther” or “Specs,” was charged with first degree murder in the death of LeClair, a member of the Red Scorpions and associate of the Bacon brothers, who was shot to death in a busy Langley shopping centre parking lot in front of a number of witnesses.

At the start of Vallee’s trial in B.C. Supreme Court, which began Feb. 6, 2017 Crown prosecutor David Jardine told the court that the evidence would show that members of the UN gang were hunting for LeClair when they spotted his truck shortly before 3 p.m. that February day and followed it to a restaurant in the Thunderbird Mall in Walnut Grove.

When LeClair went inside, Vallee and another UN gang member went to get weapons and returned in a van with a 9mm handgun and an AR-15 rifle and waited for LeClair to leave the restaurant.

When LeClair came outside after an hour, Vallee and the gang member got out of the van and started firing at LeClair in the parking lot of the shopping centre at 88 Avenue, east of 200 Street.

Witnesses have told the Times as many as 40 shots were heard.

At the time, Armstrong was the officer in charge of the Langley RCMP detachment.

“I recall walking around the crime scene a few days later, looking at the bullet holes and really shaking my head in disbelief and wondering how these gangsters thought that they were going to get away with this,” Armstrong said during a 2011 press conference.

In a press release issued June 1, the Integrated Homicide Investigation Team (IHIT) said the investigation has been “long, complex and resource intensive.”

“I would like to acknowledge the dedication and tireless efforts of investigators from IHIT and CFSEU-BC (Combined Forces Special Enforcement Unit) as well as our numerous domestic and foreign partner agencies that contributed to this investigation,” said Superintendent Donna Richardson, Officer-in-Charge of the Integrated Homicide Investigation Team.

“Officers and support staff from numerous agencies have also assisted over these past seven years,” added Assistant Commissioner Kevin Hackett, the Chief Officer of the CFSEU-BC.

“The result should also serve as a reminder to those who threaten our communities with gang and gun violence, we will not rest until they are held to account.”

A first-degree murder conviction carries a mandatory life sentence behind bars, with no chance of parole for 25 years.

Vallee’s sentencing on the conspiracy charge has been scheduled for June 28. 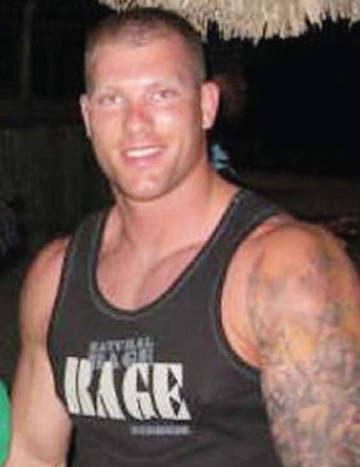 Kevin LeClair was 26 and a member of the Red Scorpions when he was gunned down in the parking lot of a Walnut Grove mall in February, 2009. On Friday, Cory Vallee was found guilty of LeClair’s murder. file photo