The homicide team is still looking for witnesses as they investigate Tuesday night’s (Sept. 10) shooting at an Aldergrove McDonald’s.

Integrated Homicide Investigation Team’s (IHIT) Sgt. Frank Jang said the shooting at 264 Street and 56 Avenue at around 8 p.m. was targeted.

The victim, a man in his early 30s, was shot dead right at the front door of the Gloucester McDonald’s.

The victim had “multiple injuries and was pronounced dead at the scene,” he said.

“[The victim] has ties to gang activity,” Jang said, the man is said to be “well known to police.”

A burned out black SUV was later found in southwest Abbotsford and Jang says police belive it’s “directly linked” to the homicide.

“It’s still very early in the investigation,” Jang said at a press conference at the Langley RCMP detachment on Wednesday.

The scene at the Gloucester McDonald’s was “traumatic” and “shocking,” he said.

“There were many children and families [there],” Jang said.

“For this to happen – it is unnaccceptable, it shows the brazenness and recklessness of these people.”

Forensic investigators are still at the McDonald’s, Jang said, and will likely be there for most of the Tuesday.

An eyewitness said he heard multiple gunshots, close together, then saw the victim lying on the ground.

He could see the victim, a man wearing dark-coloured clothes, lying outside the entrance door to the McDonalds restaurant.

Multiple police units were on scene within five minutes the witness told the Aldergrove Star.

Footage from the scene shows the restaurant with blasted windows. Jang would not confirm if bullets struck anything inside the restaurant.

He said it was lucky that the bullets didn’t hit anyone else.

“The fact that it didn’t strike a child, a mom or a dad, you have to be incredibly thankful,” Jang said.

Families escape with their lives

Danielle Washington said the shots sounded like a semi-automatic weapon, and rang out in rapid fire while the restaurant was full of people.

“Both myself and my kids were so close to being shot if we’d staying any longer in the drive-thru,” Washington said.

“As we were leaving my daughter saw the body on the ground,” Washington added.

“She’s having a really tough time.”

“In a second your whole life can change… everyone was terrified… I’m just thankful no one else was hurt.”

This kind of stuff shouldn’t be happening in public places, Washington finished.

#IHIT is in #LangleyBC after a man was shot and killed last night shortly after 8pm at a McDonald's near 264 St and 56 Ave. Incident appears targeted. Further details and media availability this morning at #IHIT Headquarters. pic.twitter.com/JCNBFEwdBW

The incident had Aldergrove neighbours on edge.

“We were sitting on our back porch when we heard between eight and a dozen shots,” said Karen Hobbis, a resident who lives just one block from the intersection.

“We weren’t totally positive they were gunshots,” Hobbis admitted about the popping sounds.

But “within five minutes there were sirens and everybody started coming. There had to be at least a dozen police cars, two fire trucks and I believe I heard ambulance from the siren sounds,” Hobbis reported.

Another Aldergrove resident in the area noted the heavy police presence and another was able to capture a blurry photo of emergency vehicles rushing to the scene.

When contacted via phone, an employee at McDonalds confirmed that emergency vehicles were on scene but said they could not comment further.

The RCMP watch commander on duty told the Aldergrove Star (Sept. 10) at 9:20 p.m. that IHIT was taking over the cordoned off McDonalds scene. 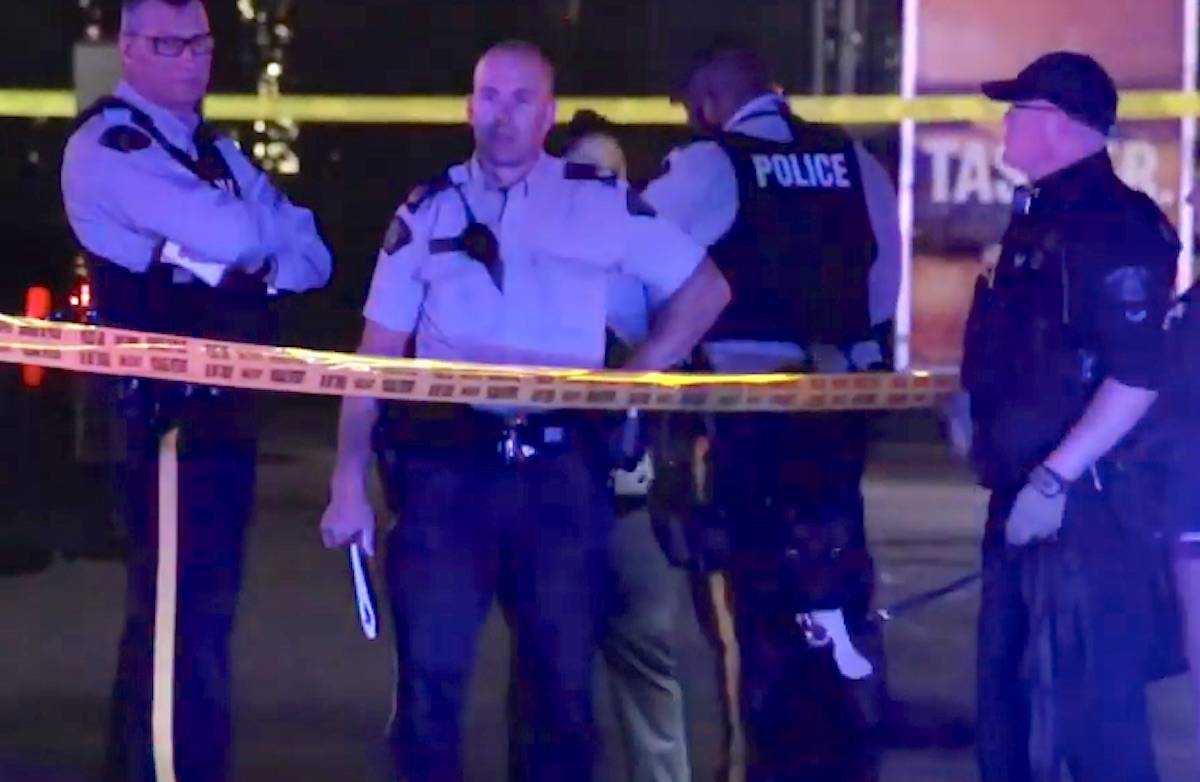 Residents in the area were witness to a heavy police presence near 264th Street and 56th Avenue. (Submitted photo). Various emergency services were disptached to the incident, including a police dog team. (Shane MacKichan YouTube video) 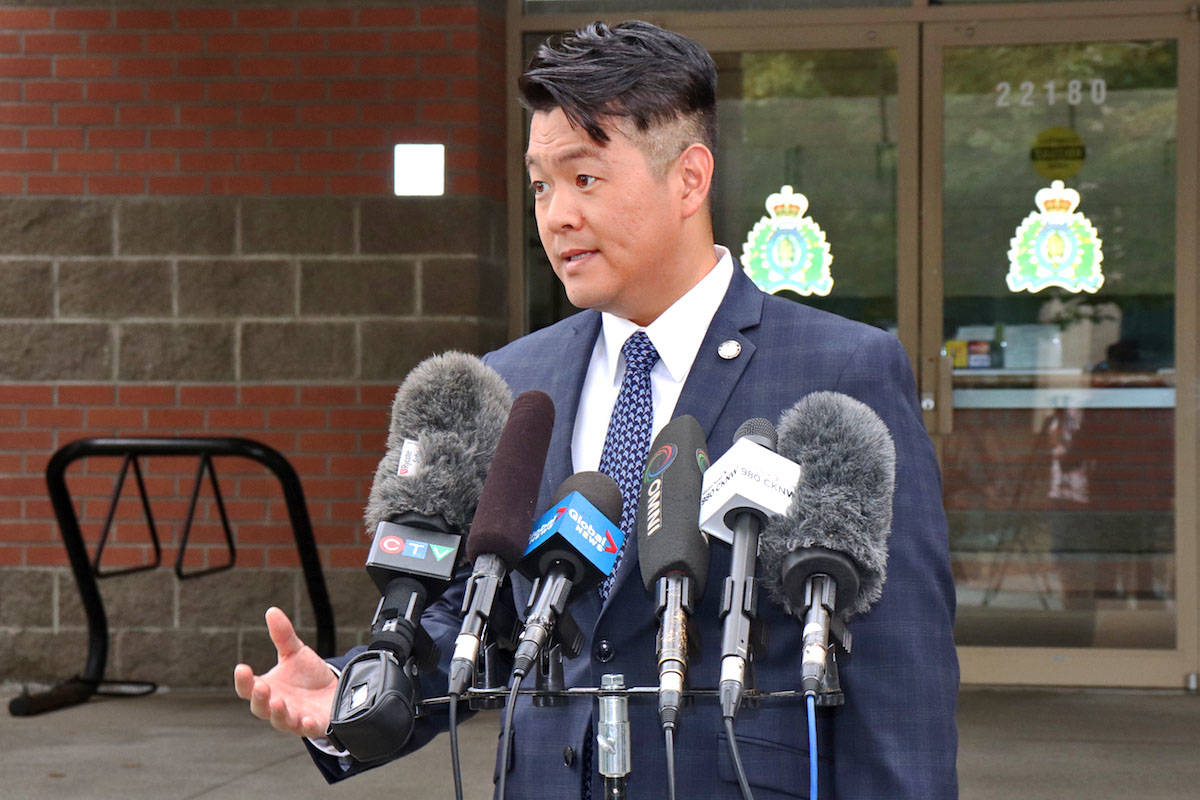 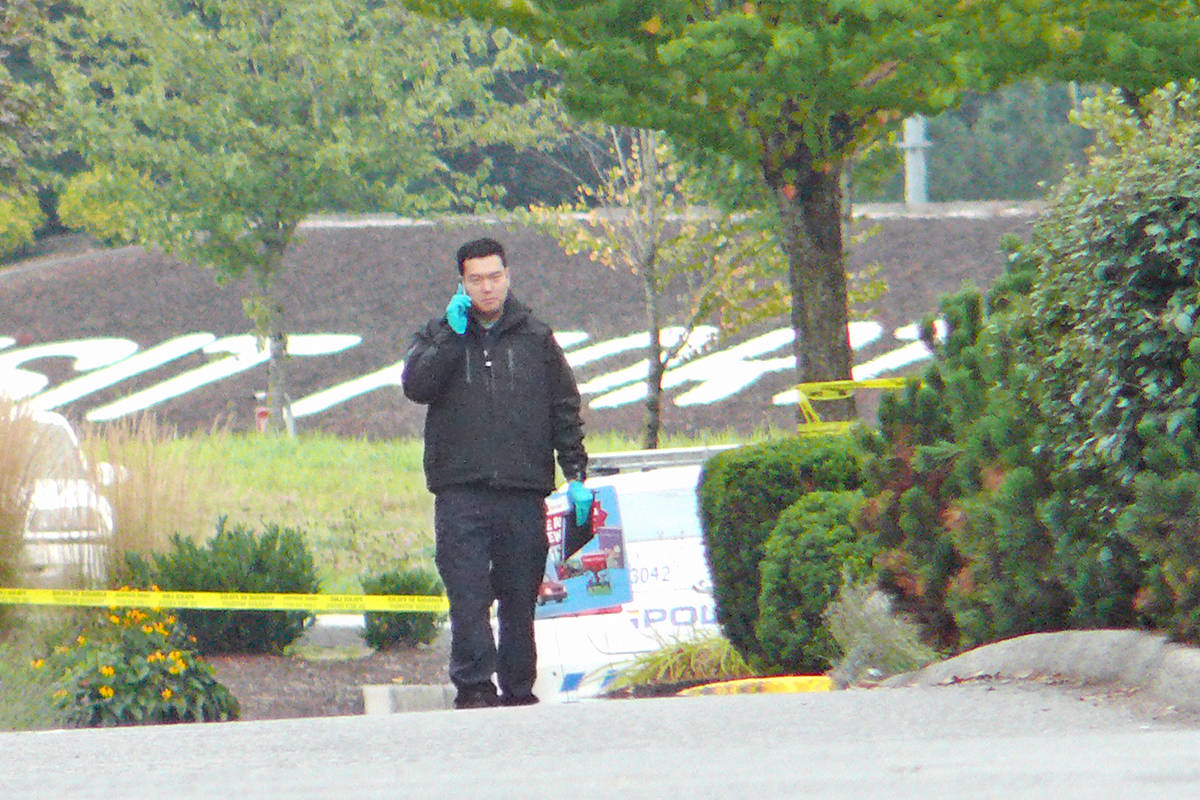 An investigator could be observed looking for evidence along the exit road from the scene of a Tuesday night shooting in Aldergrove near 264 St. and 56 Ave. (Dan Ferguson/Langley Advance Times) 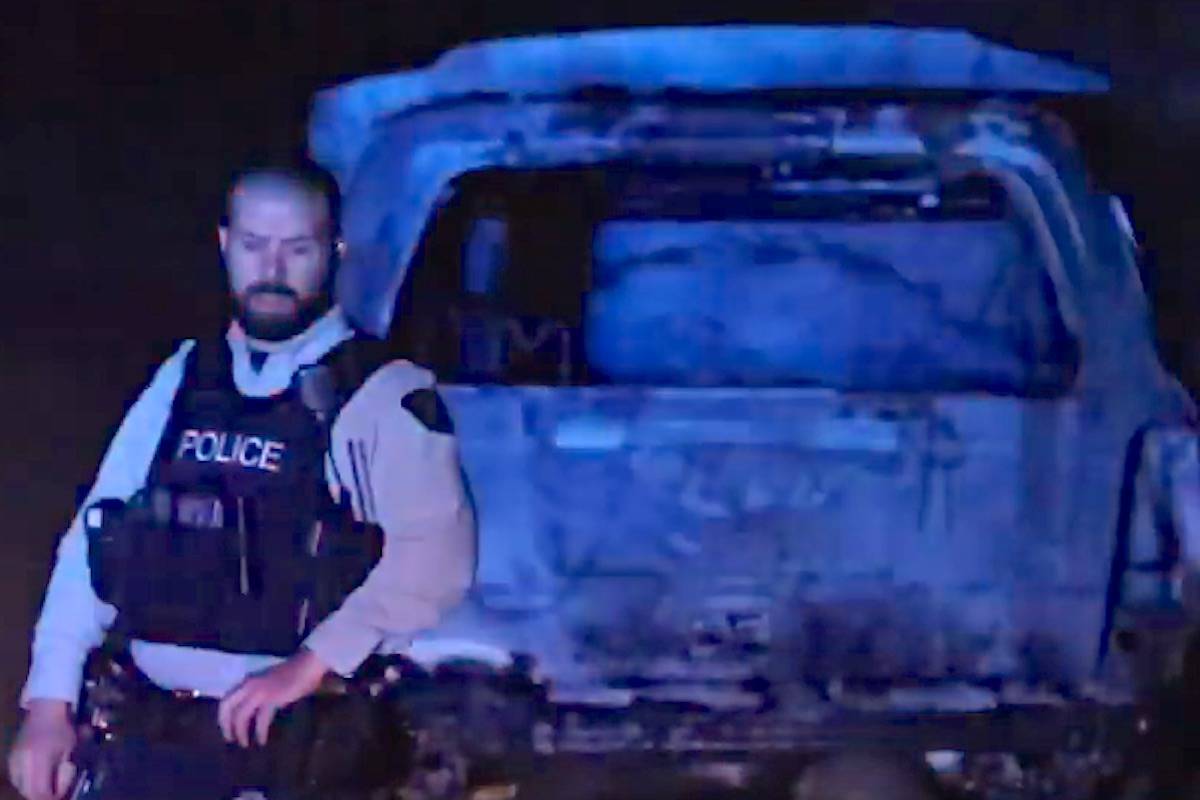 A burned out vehicle was found in southwest Abbotsford shortly after the shooting in Aldergrove. (Shane MacKichan YouTube video) 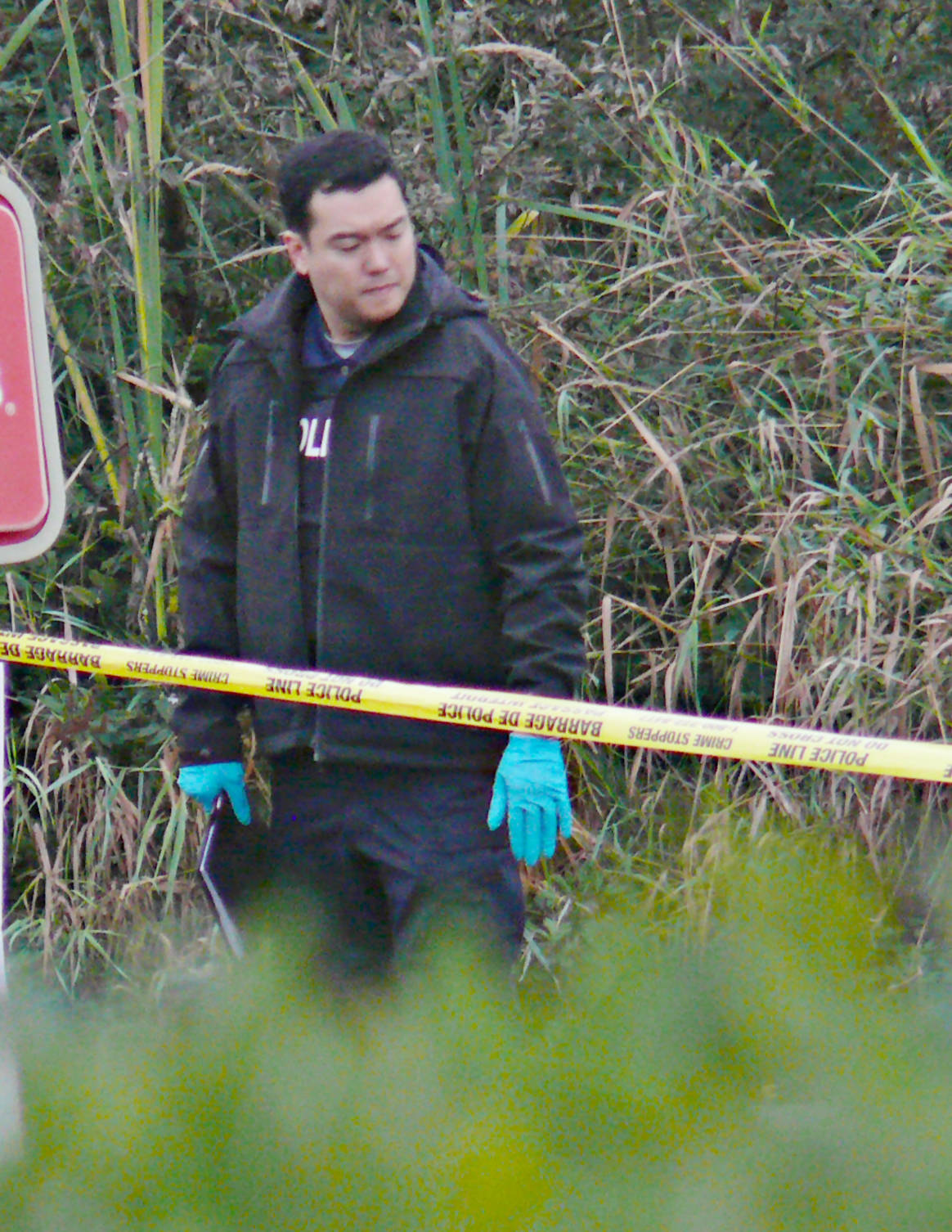