The seventh annual Campbell Valley Wine Run offered participants a chance to stop and sample local wine along the run route all while raising money for a good cause.

Margo Klassen, instruction coordinator at PRDA, said the event was a big success and the organization will work to tally the amount raised for the program after expenses.

“It was great,” she said. “Even though the weather was horrible the run went really quite smoothly.”

Participants started at the High Point Equestrian Club where they were given the option to walk or run the five, 11 or 15 kilometre route. All three routes gave runners the chance to stop at local wineries to sample wine and make purchases at a discount.

The annual event is no stranger to fun costume ideas. Those who dressed up were recognized in a few different categories.

This year’s best team costume was awarded to a group of seven women who dressed up as characters from Toy Story including Woody, Buzz, Slinky, Mrs. Potato Head, Jessie and Bo Peep.

The group said they didn’t intend to run and had plans to hop on the event-organized shuttle to move between the wineries.

The women won a $500 gift certificate to spend at any of the wineries participating in this year’s run, but instead donated their winnings back to the PRDA for their next event happening in October at Rusty’s Neighbourhood Pub.

“They were very generous,” said Klassen.

The “unsung hero” is awarded to the runner wearing the costume deemed most difficult to run in, the title was given to a woman dressed in a blue dragon costume. She was given a $125 gift certificate to any spend at any of the participating wineries.

The first two runners to cross the finish line were Maryse Pellerin and Kelly Schoultz.

“She’s the drinker and I’m the runner so this is how we even playing field,” said Schoultz.

The pair crossed the finish line at High Point Equestrian where they were greeted with live music, a free barbecue, a gift bag and an empty wine glass to fill with their choice of wine.

“And bring more people with us,” added Pellerin.

Next year’s run will be held at the PRDA facility.

“Now the runners will see what they’re supporting, see the horses and see where we are in the Campbell Valley Park,” said Klassen. 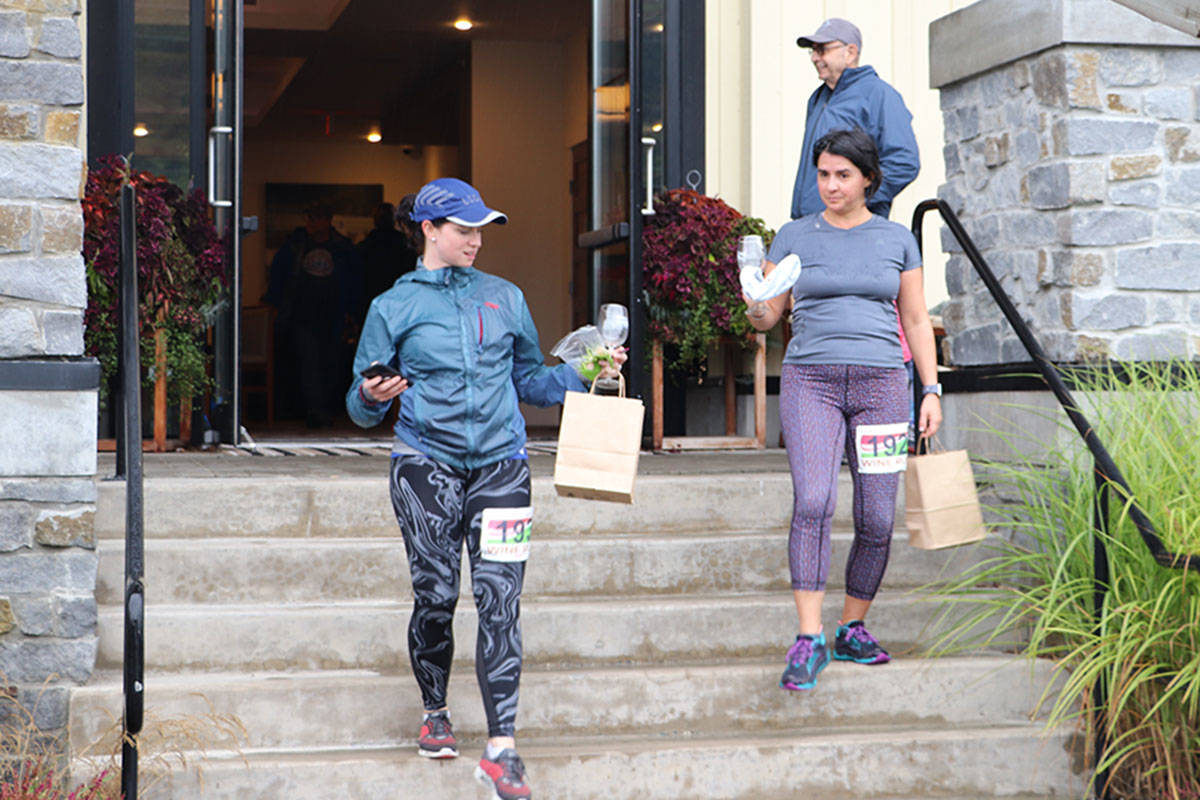 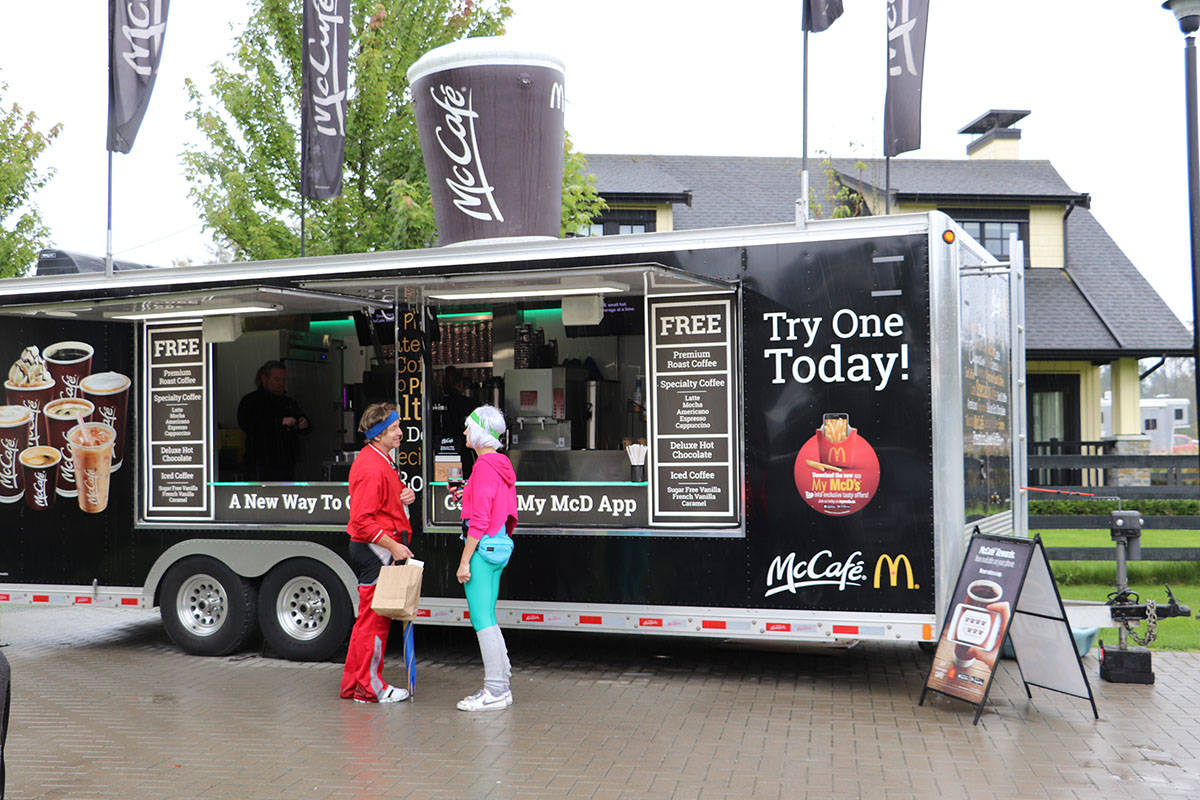 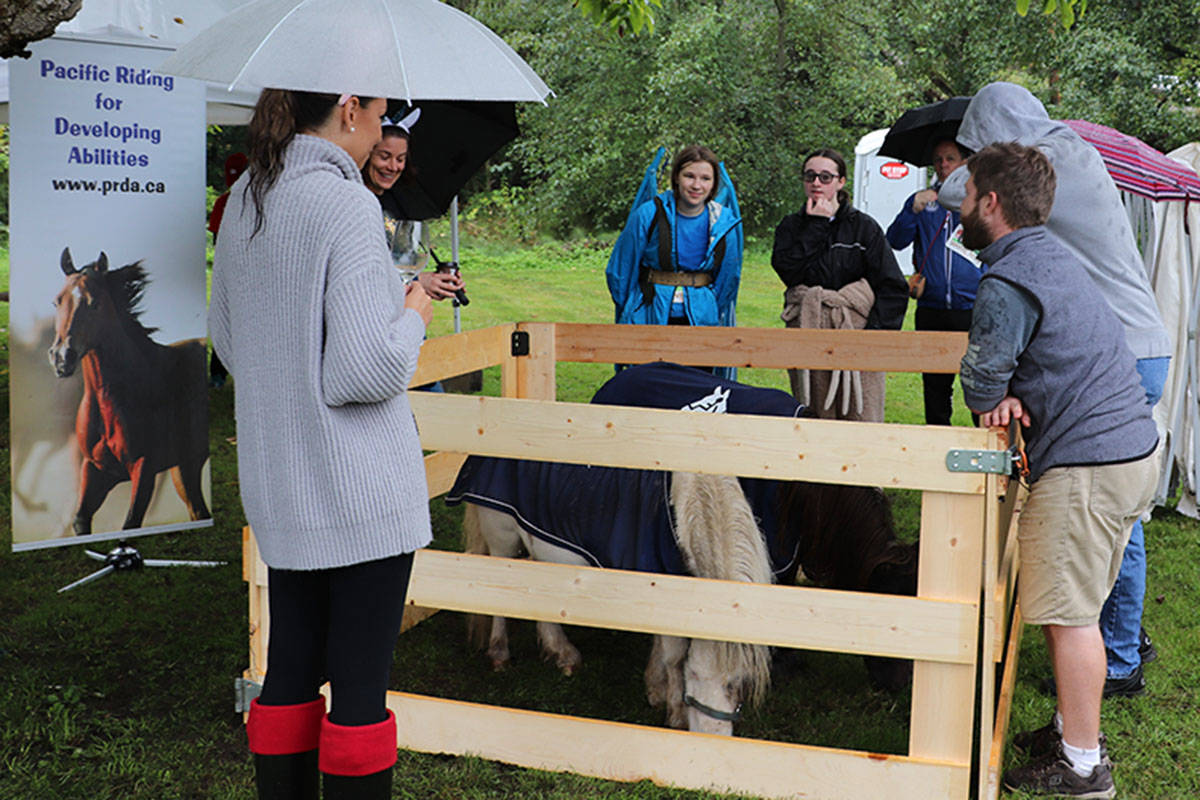 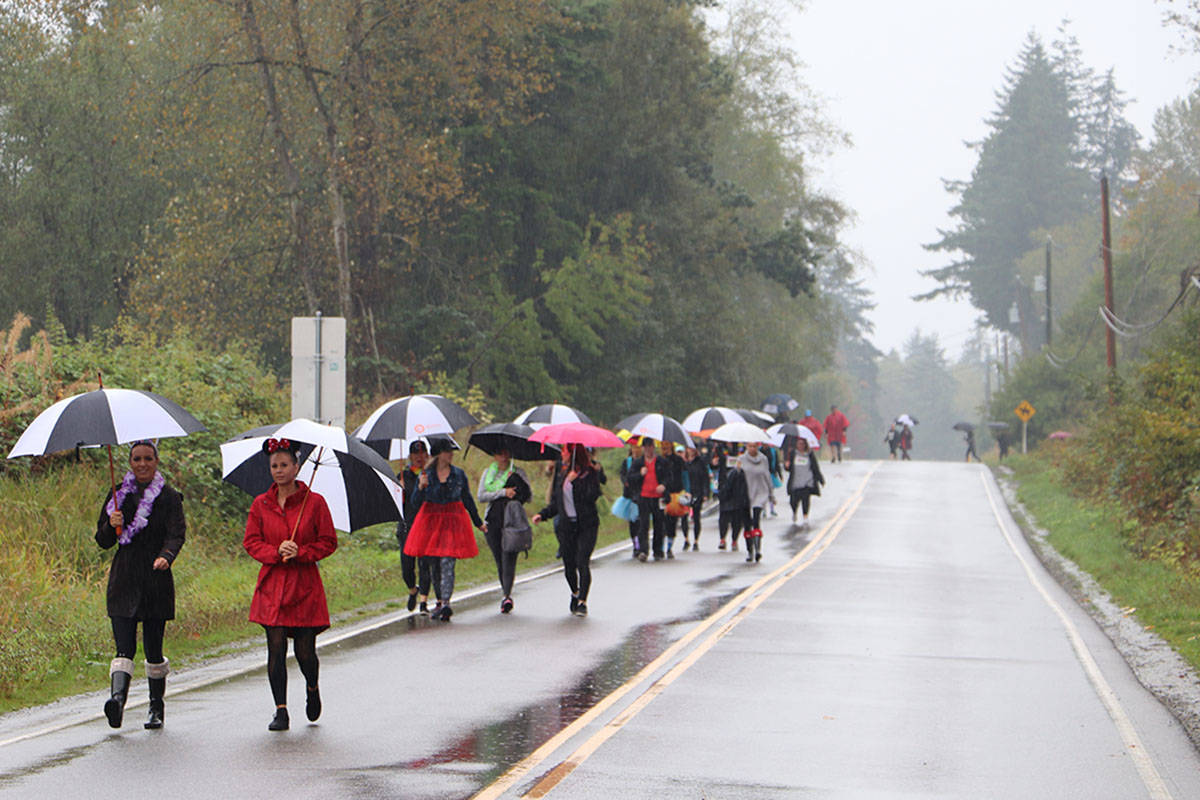 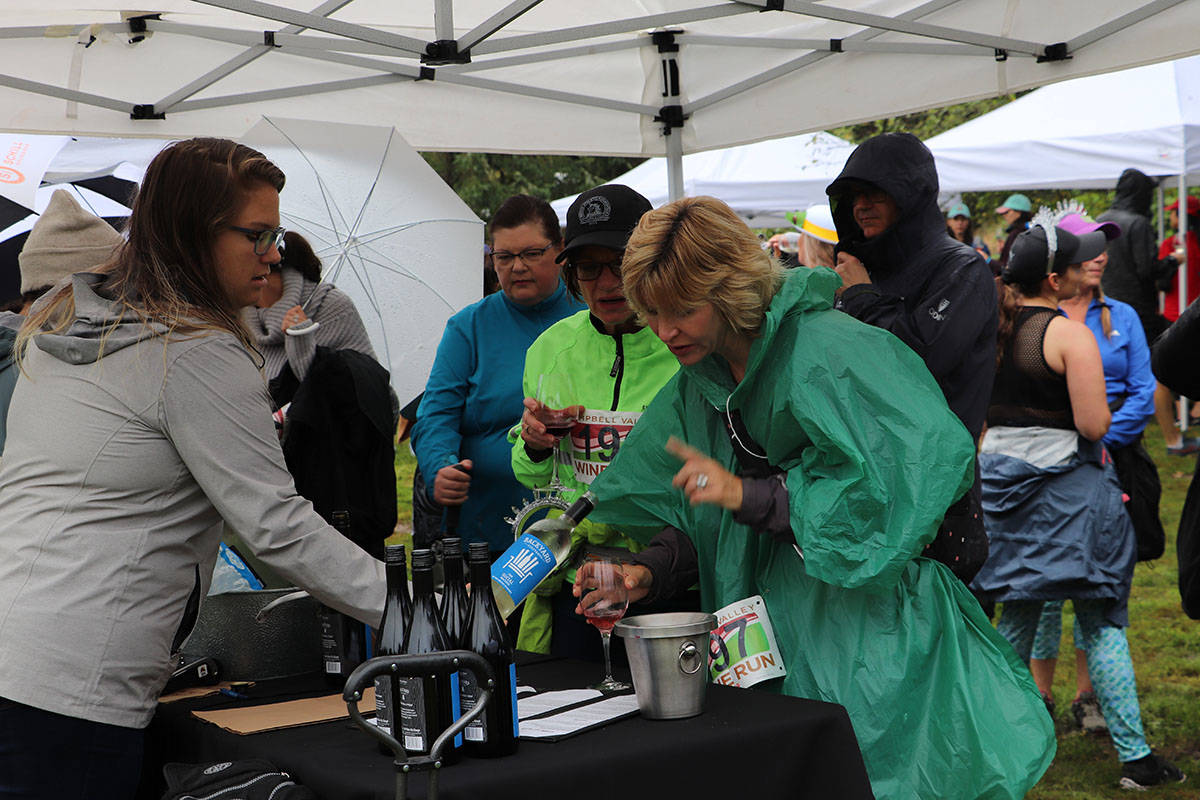 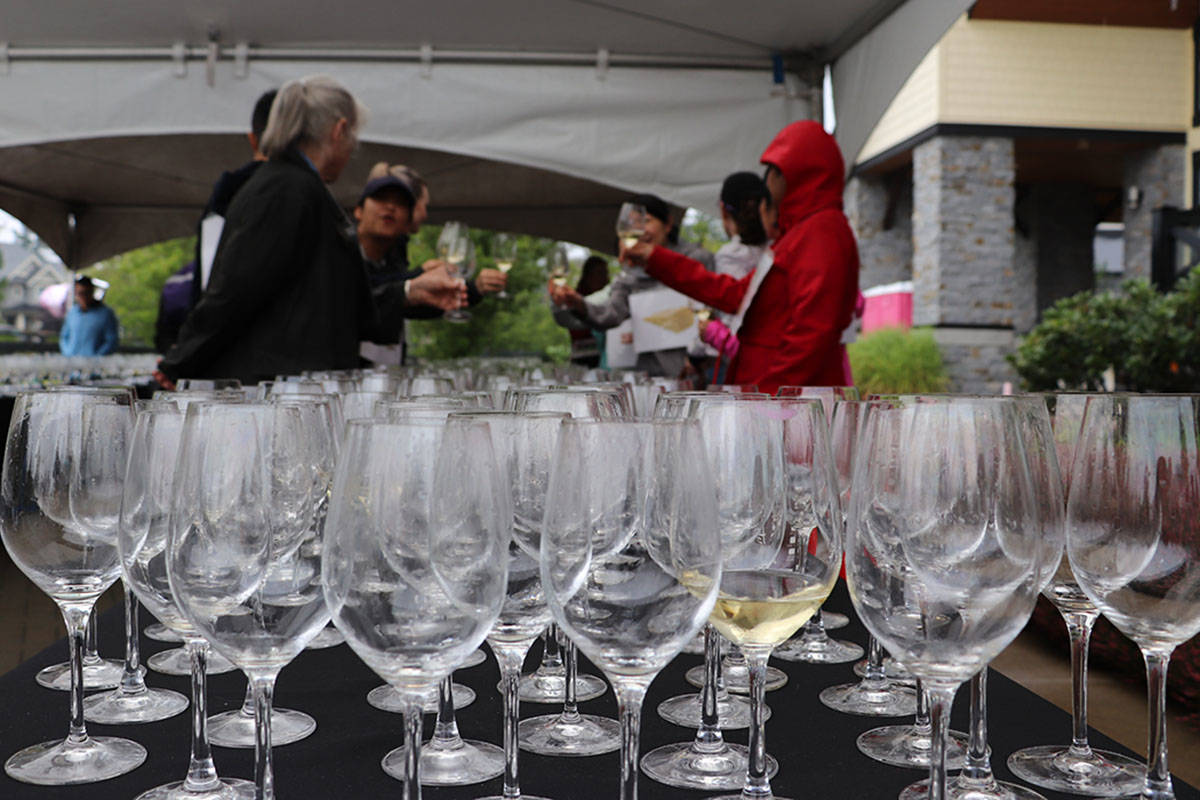 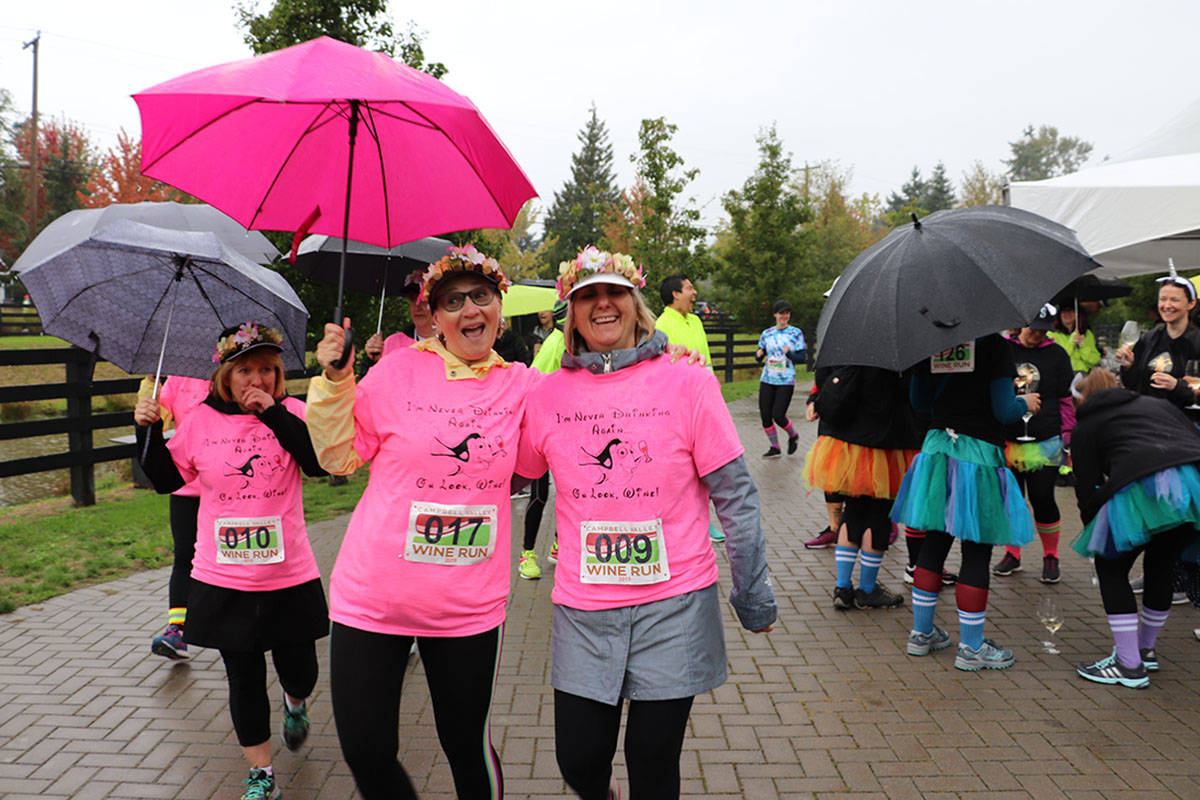 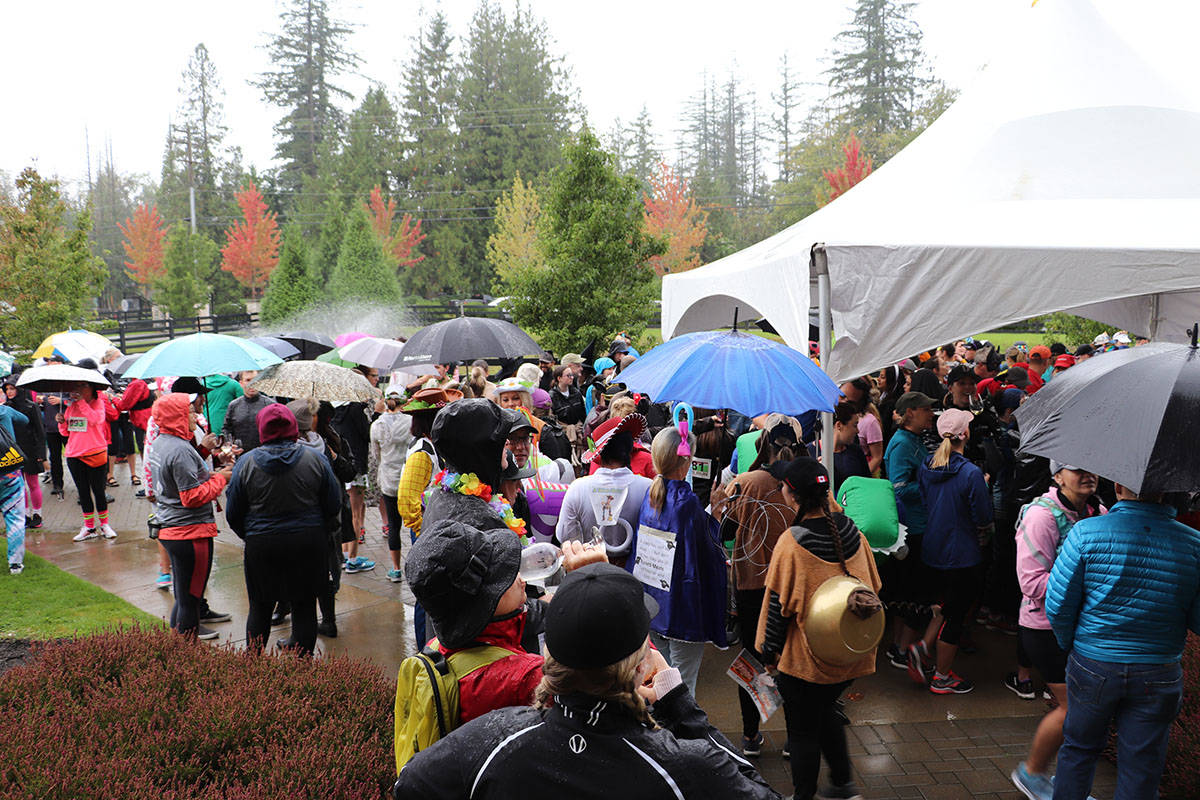