It started with a motorist’s failure to stop at a newly-installed stop sign in the convergence, sometime just after 2 p.m.

“That car ended up colliding with a Toyota Yaris who was heading westbound,” she said.

“Who collided with another vehicle on its way south.”

Fortunately, all motorists and passengers involved managed to escape the vehicles before they caught fire.

Largy said there were no serious injuries reported.

Though, one driver was sent to hospital “out of an abundance of caution,” she said. 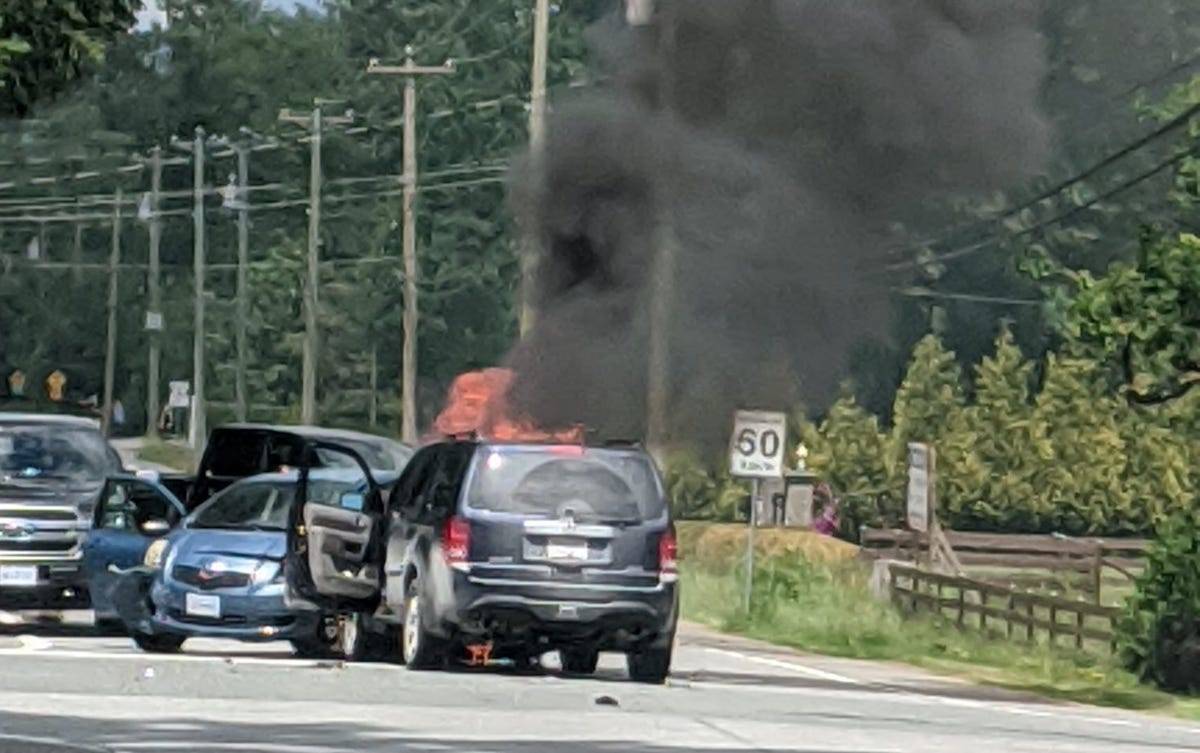