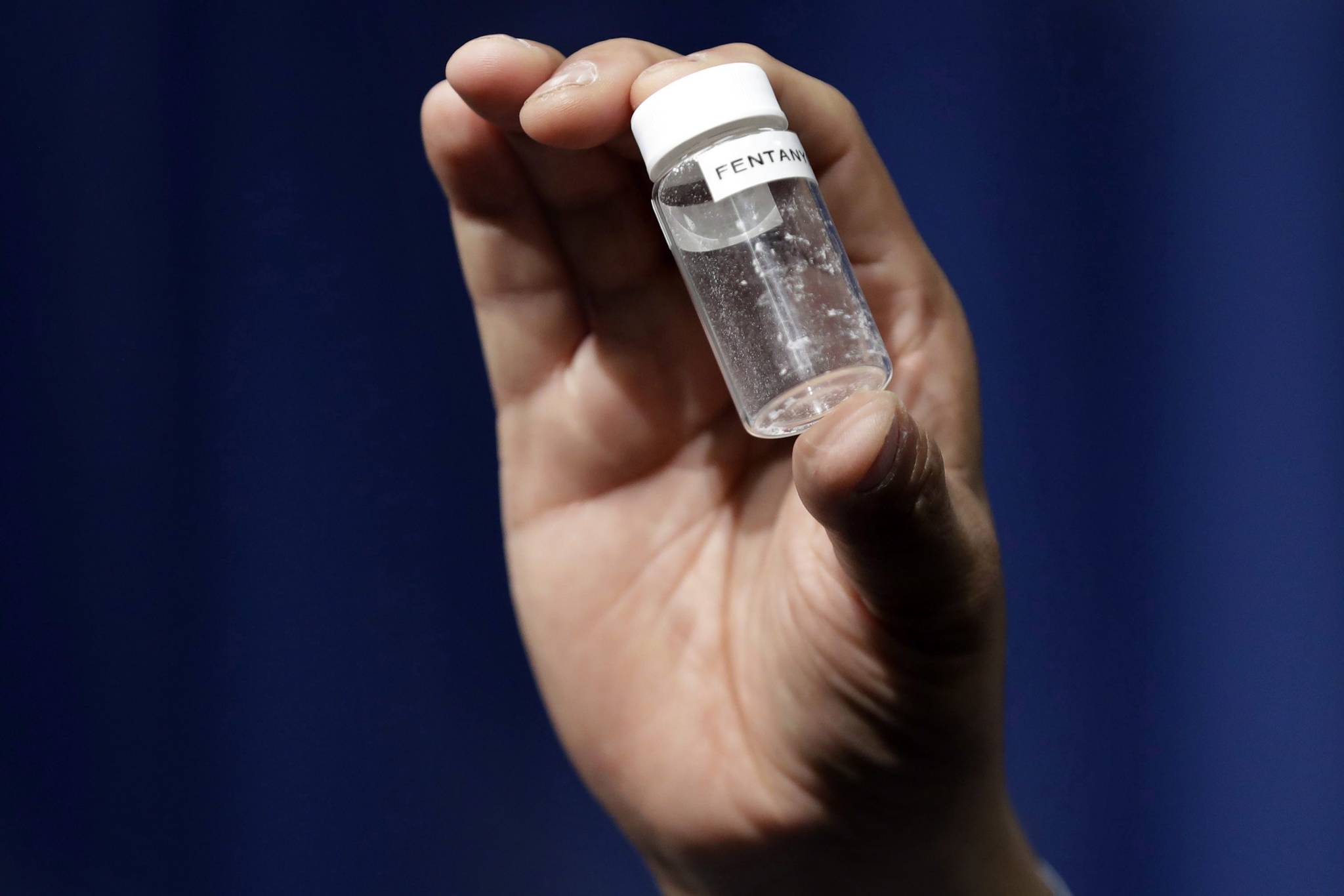 FILE - In this June 6, 2017, file photo, a reporter holds up an example of the amount of fentanyl that can be deadly after a news conference about deaths from fentanyl exposure, at DEA Headquarters in Arlington, Va. (AP Photo/Jacquelyn Martin, File)

Overdoses led to 90 deaths in the first month of 2019, with more than one-in-ten of those caused by carfentanil – a deadly opioid 100 times stronger than illicit fentanyl.

The BC Coroners Service said Tuesday that there were roughly 3 deaths per day in B.C. in January.

Carfentanil, a powerful narcotic used to tranquilize elephants, was detected in 13 toxicology reports. That’s compared to 35 deaths in 2018 and 71 deaths in the second half of 2017.

New numbers of illicit drug ODs in January are out. Most concerning: overdose deaths were steadily down from 2017/18, 13 of the 90 deaths were caused by #carfentanil. More to come @BlackPressMedia

Illicit fentanyl was responsible for 87 per cent of the 1,510 overdose deaths last year, oftentimes taken unknowingly within cocaine, crystal meth and heroin. Fatal overdoses where fentanyl was not detected amounts to roughly 285 deaths per year.

In January, a total of 24 people died in Vancouver, followed by eight in Surrey and five in Victoria.

Roughly 85 per cent occurred inside. Not a single death happened at an overdose prevention site or safe consumption site.