For those with experience in drug overdose cases, the death of someone as young as Carson Crimeni is hard to grasp.

Heather Mullan, a Walnut Grove resident who established a support group for parents of overdose victims, lives near the skate park where Carson was found.

“I drive by it [the skate park] every day, and I want to cry,” Mullan shared.

“He’s not even in his adult years. He’s lost the life ahead of him and [his family] have lost that time.”

After her daughter, Amelia, died from a drug overdose, Mullan set up a chapter of GRASP (Grief Recovery After Substance Passing), a support group for parents and loved ones who have had family members and friends die as a result of drug misuse, overdose, or addiction.

News of Carson’s passing, especially reports that his overdose was recorded on video and distributed online, has been a triggering event for members of the support group, including Mullan.

“My initial reaction was grief for the family and the horrendousness of it,” Mullan told the Langley Advance Times.

“I’m feeling such anger for them.”

Mullan plans to reach out to the family, to offer assistance.

“Just to say that it’s a terrible thing, and though you may not want to talk to me now, down the road, I can offer some grief support.”

READ MORE: Grandfather speaks out about teen who died after overdosing in Langley park

Daniel Snyder was attending a meeting of the Langley Overdose Response Community Action Table on Thursday, when he learned about Carson’s death.

His immediate reaction was “sadness and grief for the family.”

According to Snyder, a project and peer coordinator with the community action table, overdose deaths among youth are rare and often involve fentanyl, the synthetic opioid responsible for a steep rise in fatal drug overdoses.

“In almost every case [of a fatal overdose involving a young person], the individual doesn’t know fentanyl has been added,” Snyder observed.

Snyder explained fentanyl became popular because, as a synthetic, it is easier to make than heroin, “smaller and easier to smuggle” with a higher profit margin.

People need to be educated about the hazards posed by fentanyl, Snyder recommended.

“This was not something we were discussing five years ago.”

In his view, the public needs to be encouraged to call 9-1-1, and people should be aware that Naloxone kits to treat overdoses can picked up for free at most pharmacies.

“Just tell them that you may come in contact with an overdose,” Snyder said.

Snyder also referred to the Good Samaritan Law, in Canada, a law that protects a rescuer who has voluntarily helped a victim in distress from being successfully sued for wrongdoing.

There was a sudden surge of interest in a course to train people how to deal with overdoses after Carson’s death was reported.

“It was sold out,” Snyder related.

It is planning an event for international overdose awareness day for Friday, Aug. 30, 11 a.m. to 1 p.m. at the parking lot of Langley Vineyard at 5708 Glover Rd.

Naloxone training and education in harm reduction will be offered. 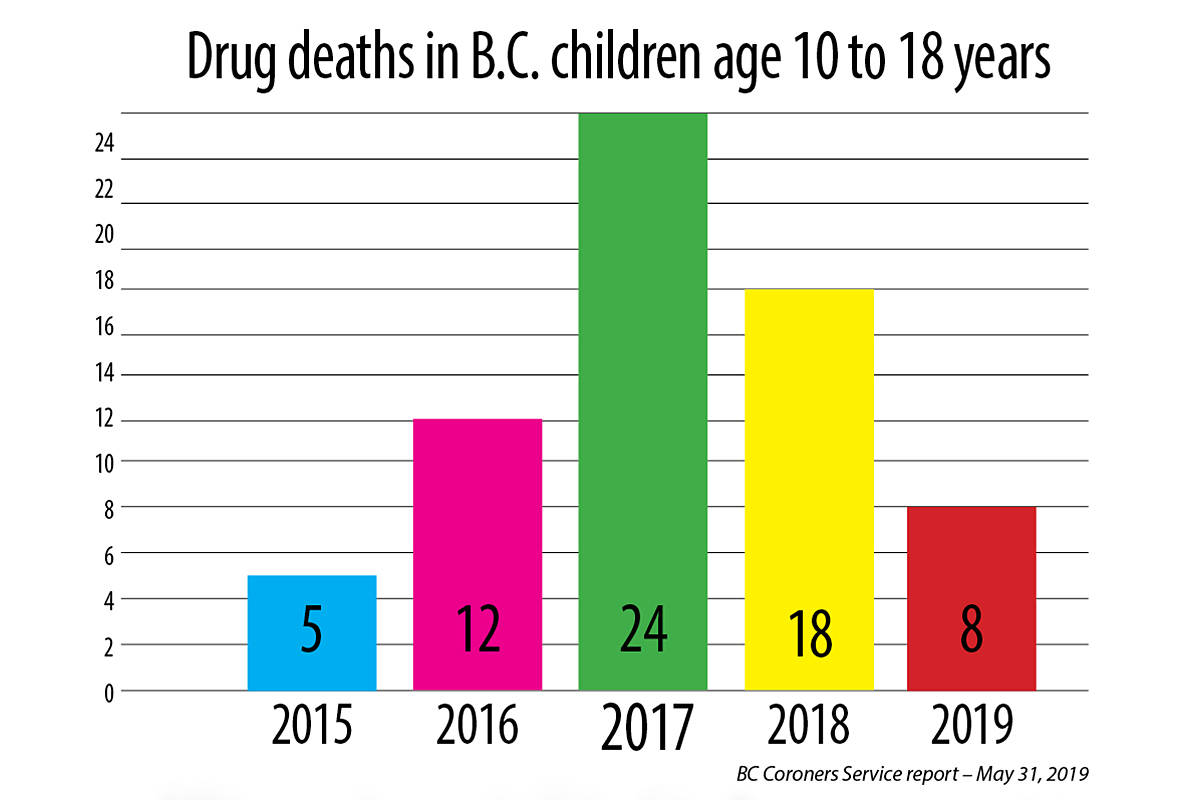 VIDEO: Grandfather speaks out about teen who died after overdosing in Langley park