The Cloverdale Library is getting a refresh, just not as soon as the city and the library were hoping.

The goal, according to the request for proposals for architecture, interior design and engineering design services, was to have the library’s renovation designed by May and construction to start in June or July of this year. That would allow construction on the library to finish in time for the Museum of Surrey’s grand re-opening in September.

“They were hoping for completion by September, and that was, I think, extremely ambitious,” Thiessen said. “It’s taken a bit longer, but we’re not in a hurry.”

“We’re okay with waiting and making sure it’s done right.”

Thiessen is part of the team working out the design for the Cloverdale Library renovations, along with people from ph5 architecture inc. and Peter Joyce from the City of Surrey.

In the request for proposals, the city outlined some of the renovations it was looking for in the library: a centralized circulation and information desk, removing the main stairwell, a new entrance on the east side of the building, new security systems including a fire alarm and CCTV system, new paint and carpet, and new shelving. The project was projected to cost between $1.5 million and $1.95 million.

Some of that is now looking a little different Thiessen said.

The main difference is the introduction of structural upgrades to the top floor of the building.

“So, books are heavy,” she said, laughing. “This is an opportunity to bring longevity to the building, because these opportunities for renovations don’t come along very often.”

The structural upgrades, Thiessen said, would help maintain the structural integrity of the building as more books were added. The building itself was never intended to be a library: it is actually the old courthouse, converted from its judicial purpose in 1988.

Although Thiessen didn’t know exactly what those structural improvements would entail, she did say those would likely be “the main lion’s share in the cost of the renovations.”

“It’s important, but it doesn’t allow for then other things to happen,” she explained.

One of those things, she said, is the new eastern facing entrance. The main entrance will likely stay in its current spot, although a southeastern entrance could be added for special events.

The removal of the main stairwell is still on the cards, Thiessen said. One of the two emergency exit stairwells leading to the second floor on the side of the building would be transformed into the main stairwell, and the hole in the upper floor closed in.

“It will allow for better customer experience, because when [the stairwell] is taken out, it will allow for more quiet study up there,” she said. “A lot of [the renovation] is around using this space more efficiently so that we can maximize the social space and the collections … That’s why it’s important for the second floor to have more space for people to study.”

The emphasis on customer experience will also see the addition of an integrated service desk, which is being introduced in other libraries around the Lower Mainland, as well as a reorganization of the library collections.

Thiessen is also hoping a PA system will be included in the new security systems for the renovations.

“Right now we have to go around and let patrons know and flick the lights when the library’s closing,” she said. “But we’ll hopefully be able to have a PA system so we can say ‘We’re closing in 15 minutes.’”

Of course, as Joyce pointed out in an email to the Cloverdale Reporter, the design process is still in its early phases and many things are subject to change. Everything, including the structural upgrades to the second floor, is still unconfirmed, and there’s no official word on the cost or the potential completion date.

But Thiessen is just happy it’s happening, and is thankful the community has been supportive throughout the process.

“It’s just kind of like a reboot in a way, or a refresh,” she said. “It’s always exciting to be in a new space … A change is as good as a rest. It’s kind of inspiring.

“So we’re looking forward to that with the museum, and then with our renovation.” 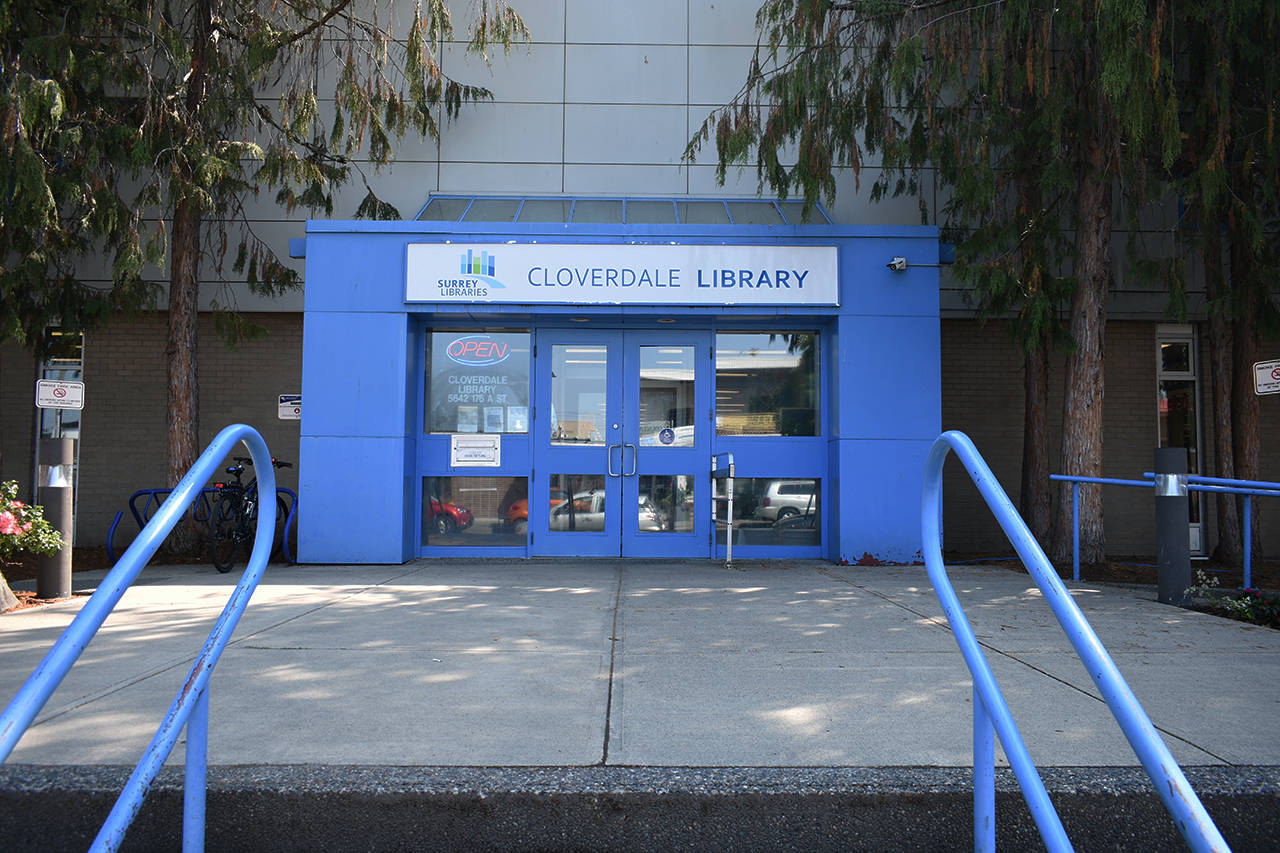 The Cloverdale Library is eagerly awaiting its renovations, but it could be into the new year before construction begins. (Grace Kennedy photo)