As of mid-day on Sunday, Mission Fire Rescue Service reported a five- to six-kilometre wide wildfire burning up in the Stave Lake area that borders with Maple Ridge.

“MFRS is aware of the wildfire near Florence Lake,” the fire crew posted on social media.

“We are working with BC Wildfire Service,” they said, promising updates while asking people to avoid the area.

A group calling itself the BC Wildlife and Flood Support Group was reporting that the blaze started Saturday night, and had grown to about five-hectares as of Sunday.

The wildfire is reportedly located about 20 kilometres north, up the Florence Lake Forest Service Road, near Stave Lake.

“The Mission fire department is working in conjunction with wildfire crews to fight the fire,” reported Kim Chambers, a member of the BC Wildlife and Flood Support Group.

“Officials said the blaze was first reported as an abandoned campfire and is suspected to be person-caused,” she said.

They said there were no immediate threats to structures or infrastructure in the area.

Their update went on to say there was still some fire activity on the northwest side of the fire, but that crew were “confident they will be able to flank it and eventually choke it off.”

Mission fire rescue, who was on stand-by at the time of the update because it burns outside city limits, described the weather conditions as “favourable,” and said there were 10 members from Coastal Fire and one helicopter bucketing the blaze.

They did, however, assist BC Wildfire overnight by supplying a tender to provide a water supply.

“The public is asked to stay clear of this area as crews and equipment will be actively carrying out firefighting operations for the unforeseeable future.”

• Stay turned for more details as they come available. 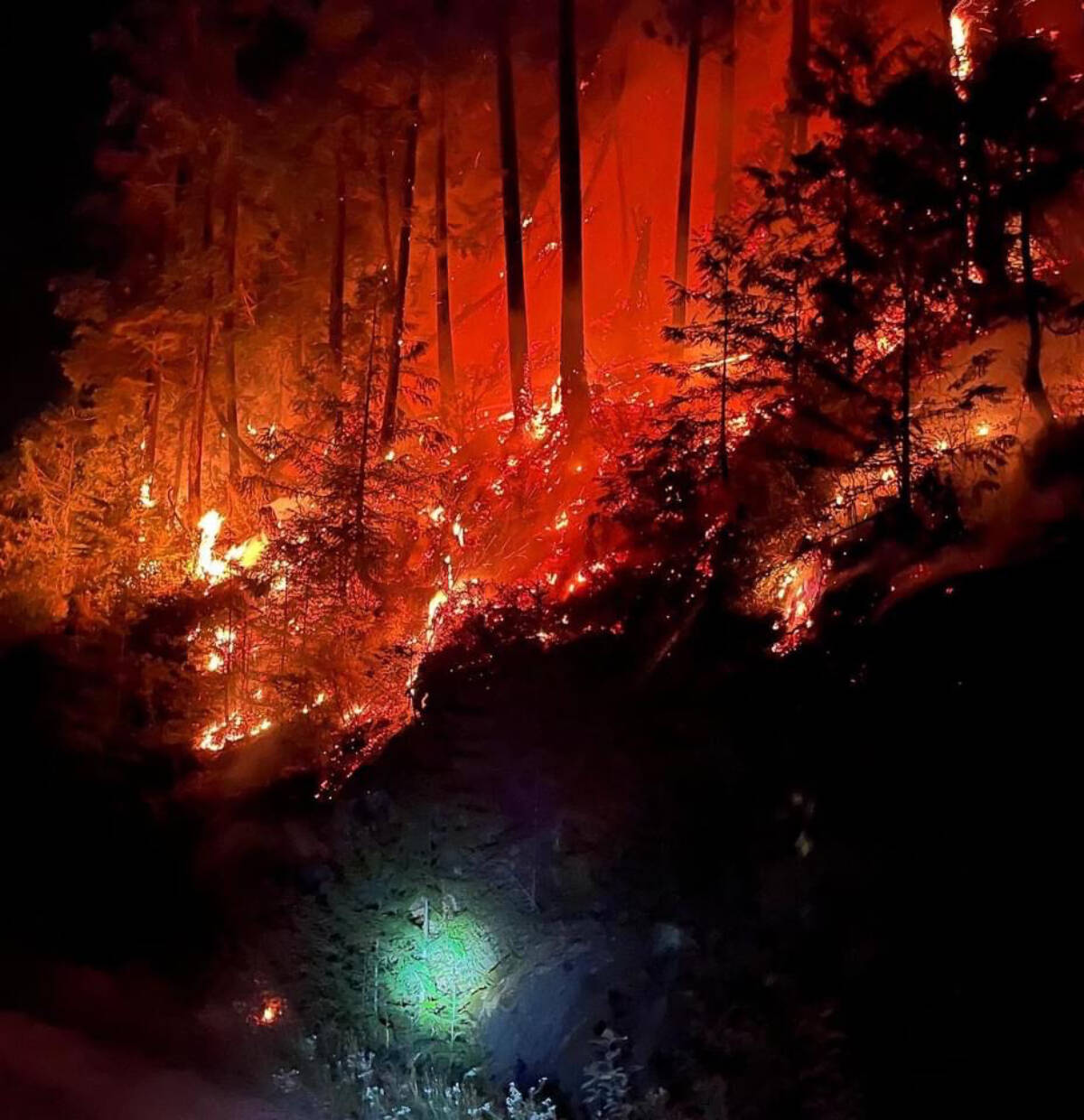 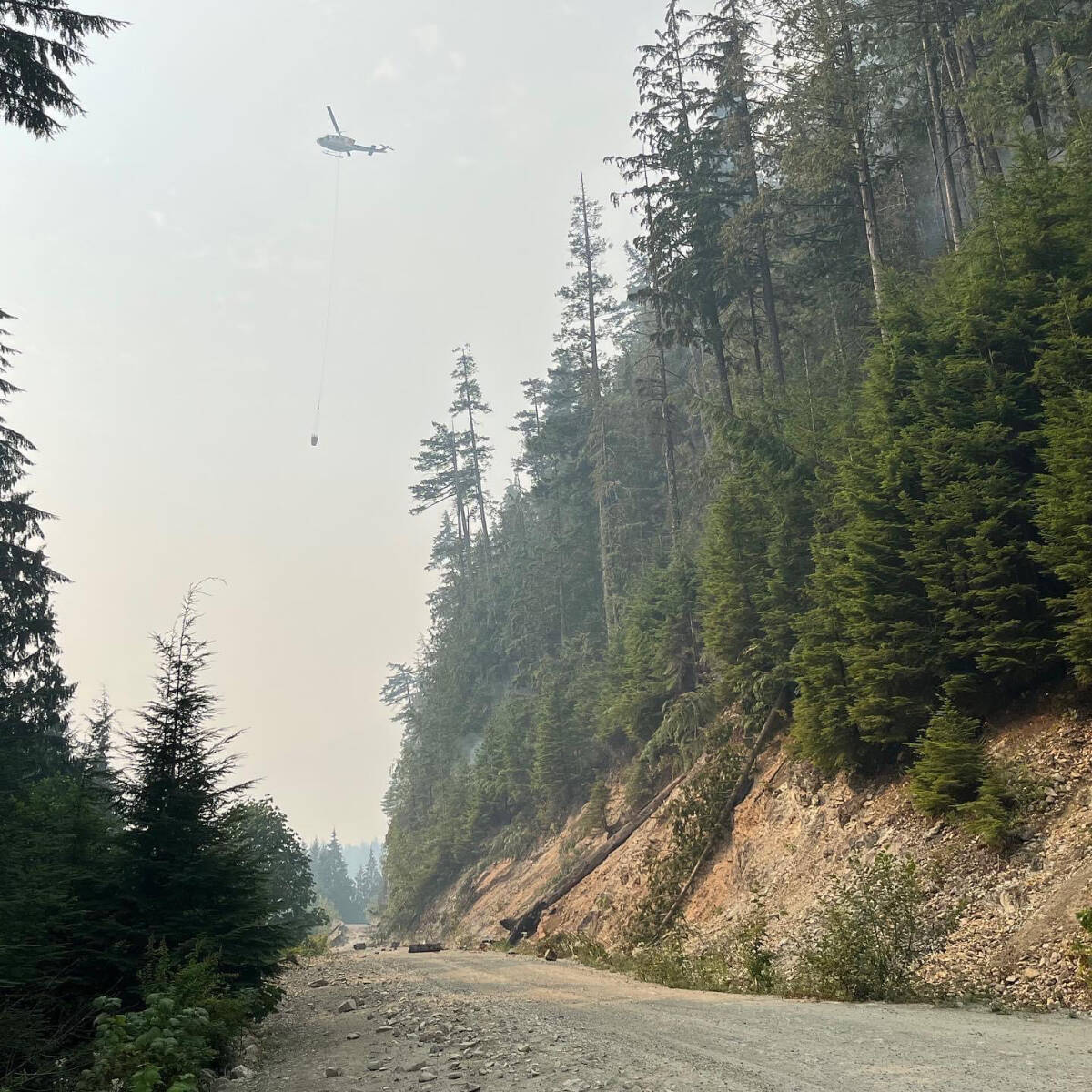 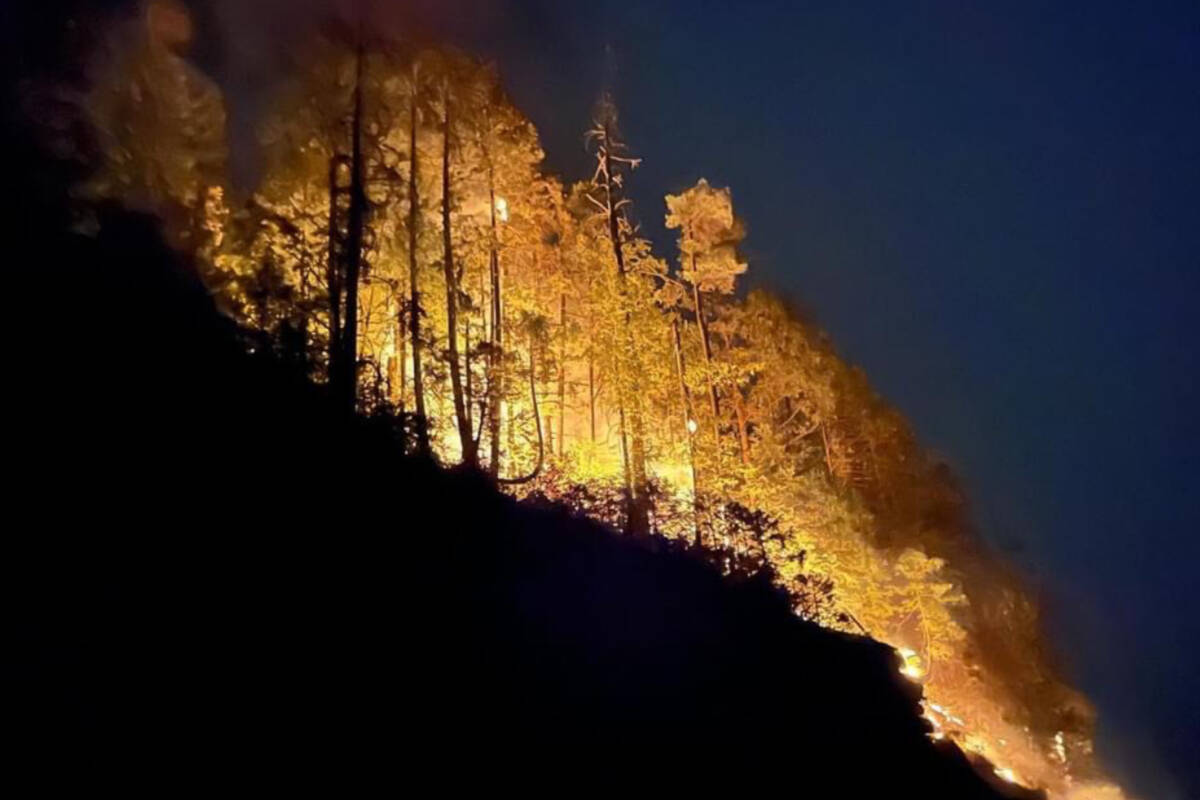 Much of B.C. under air quality advisory as wildfires force evacuations, spread smoke