About 80 people turned out to help plant a tree of life in the memory of Aaliyah Rosa at the Sunflower Montessori school she used to attend in Walnut Grove on Monday.

Her father, Steve Rosa, planted the cherry tree and laid a plaque.

“Although she lived a short life, she had many who loved and cherished her,” one of the event organizers said during the ceremony.

“We would love to have the memory of Aaliyah live on forever and so we have decided to plant this tree, this cherry tree, here as a symbol of this beautiful girl that is now with us in spirit.”

Aaliyah was found deceased inside a Langley apartment on July 22. She was seven years old.

Her death was deemed a homicide and the Integrated Homicide Investigation Team (IHIT) took charge of the case.

Aaliyah’s mother, 36-year-old Kerryann Lewis, was arrested and charged on Aug. 17 with second degree murder for the girl’s death.

The tree of life ceremony concluded with the release of 99 pink balloons, Aaliyah’s favourite colour.

Her best friend, Stella, released one purple balloon in her honour.

One of Aaliyah’s former teachers, Ms. Angie, gave an emotional thank you to Aaliyah’s dad for being a “fantastic, amazing, patient, calm father.”

“Even though Aaliyah was with us for a short time, she was blessed to have you, Steve Rosa, as a father,” Ms. Angie said.

During the ceremony, it was also announced that a fund has been created that will, every month, provide a $300 grant to parents to help them spend more time with their children.

“This fund is for her, it’s from her and it’s in loving memory of her,” an event organizer said. 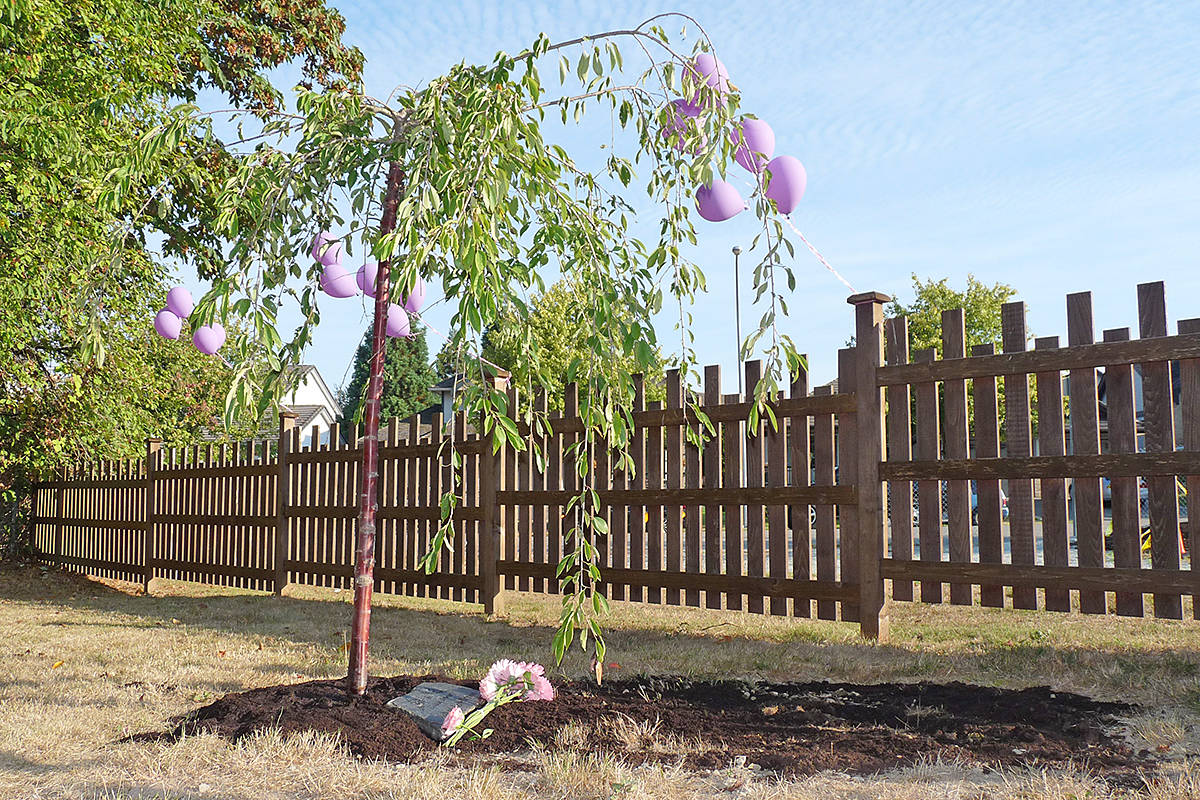 A tree was planted in memory of seven-year-old Aaliyah Rosa on the grounds of her former school. Dan Ferguson Langley Times 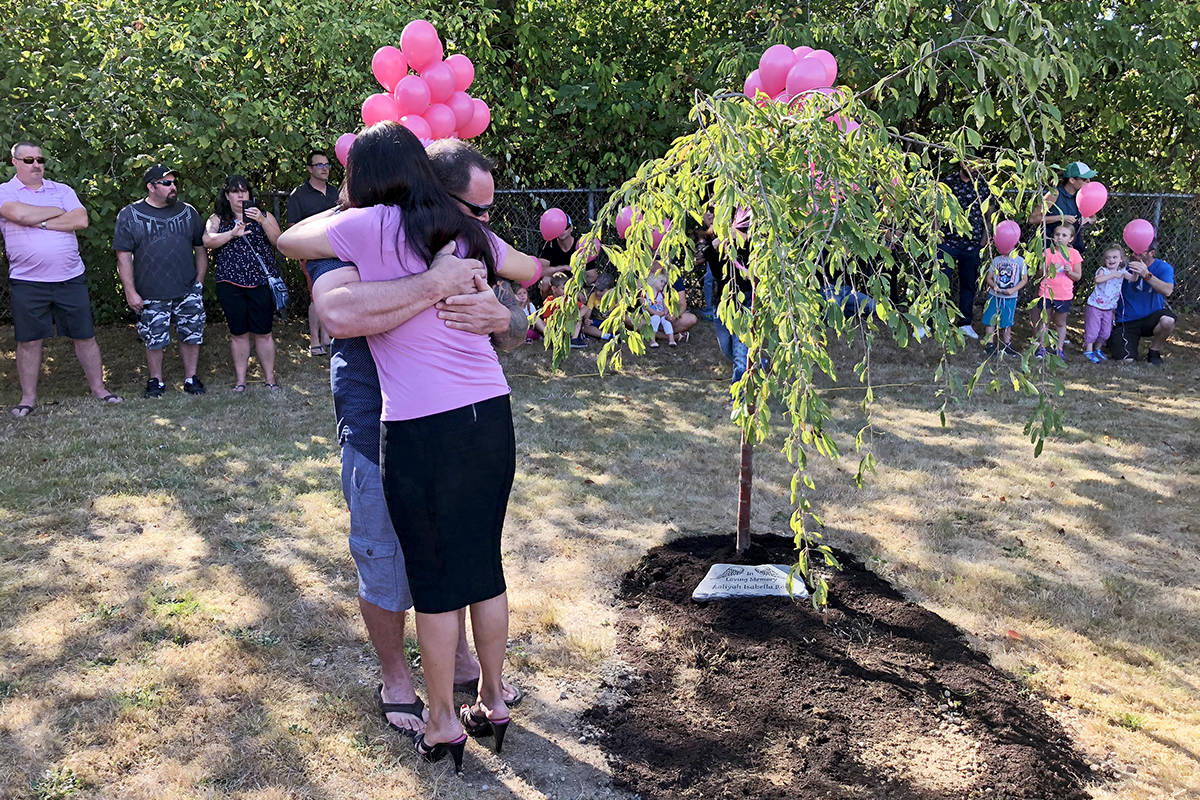 Aaliyah Rosa’s father, Steve, is comforted by one of the young girl’s former teachers during a tree of life planting ceremony on Monday. Photo courtesy Sunflower Montessori 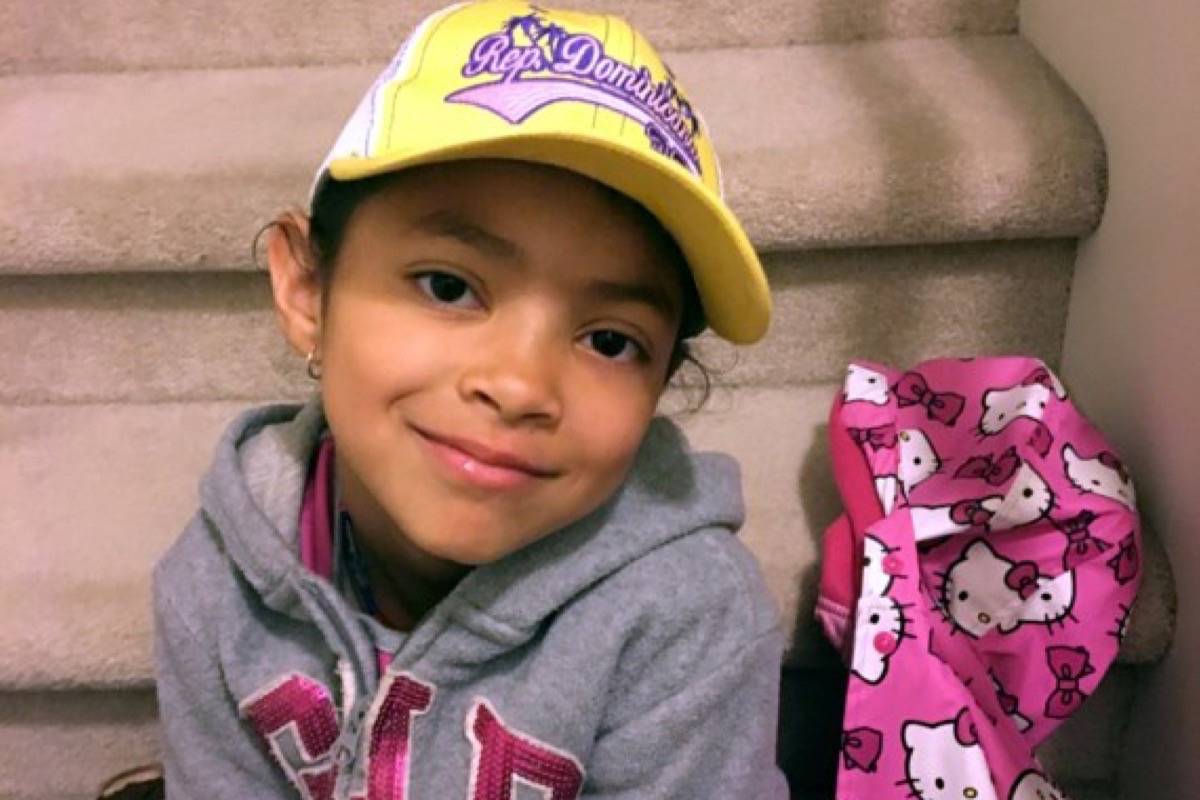 Seven-year-old Aaliyah Rosa was found dead in an apartment in Langley in July. File photo

Murrayville residents lobby to save small forest from development