Emergency crews have a section of a downtown Langley City blocked off late Thursday afternoon, as firefighters mop up from an apartment fire.

The exterior wall of the condo complex was visibility scorched, and at least two patios damaged in the blaze that appears to have started and been restricted primarily to the outside of the building.

Neighbour Debbie Poirier watched in shock as the blaze climbed the outside of a condo building in the 5500-block of 201 A Street just before 5 p.m. today.

She lives across the street, and wasn’t sure if the fire started on the second floor balcony, or in the brush below.

“I saw the top of the flames half way up the building, on the outside,” Poirier told Langley Advance Times.

Fire crews and police had 201A Street blocked off to through traffic, south of 56th Avenue, but were expected to open it up shortly after 6 p.m. 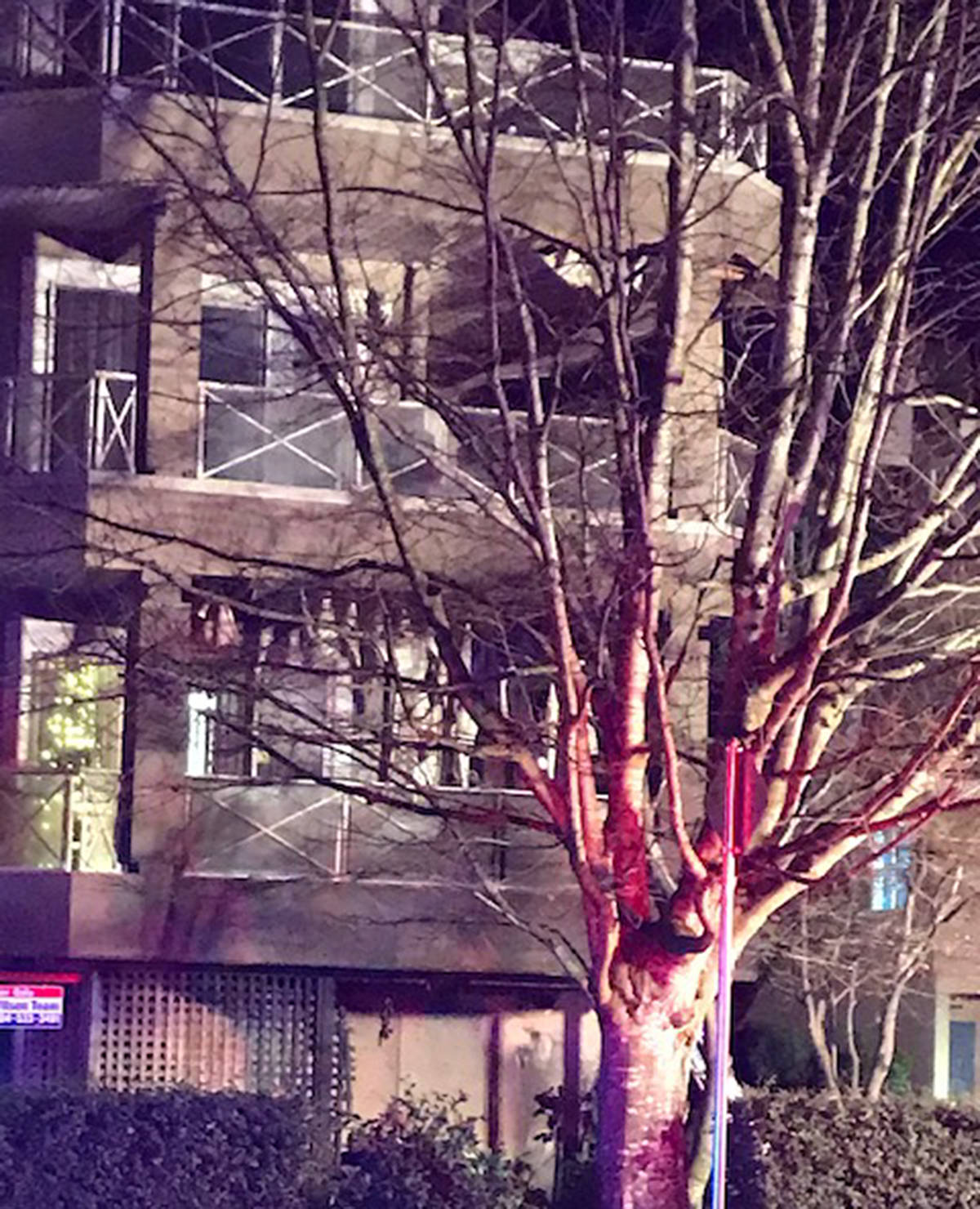 Fire crews are mopping up after a blaze on the outside of a Langley City apartment late Thursday afternoon. (Lisa Farquharson|Langley Advance Times) 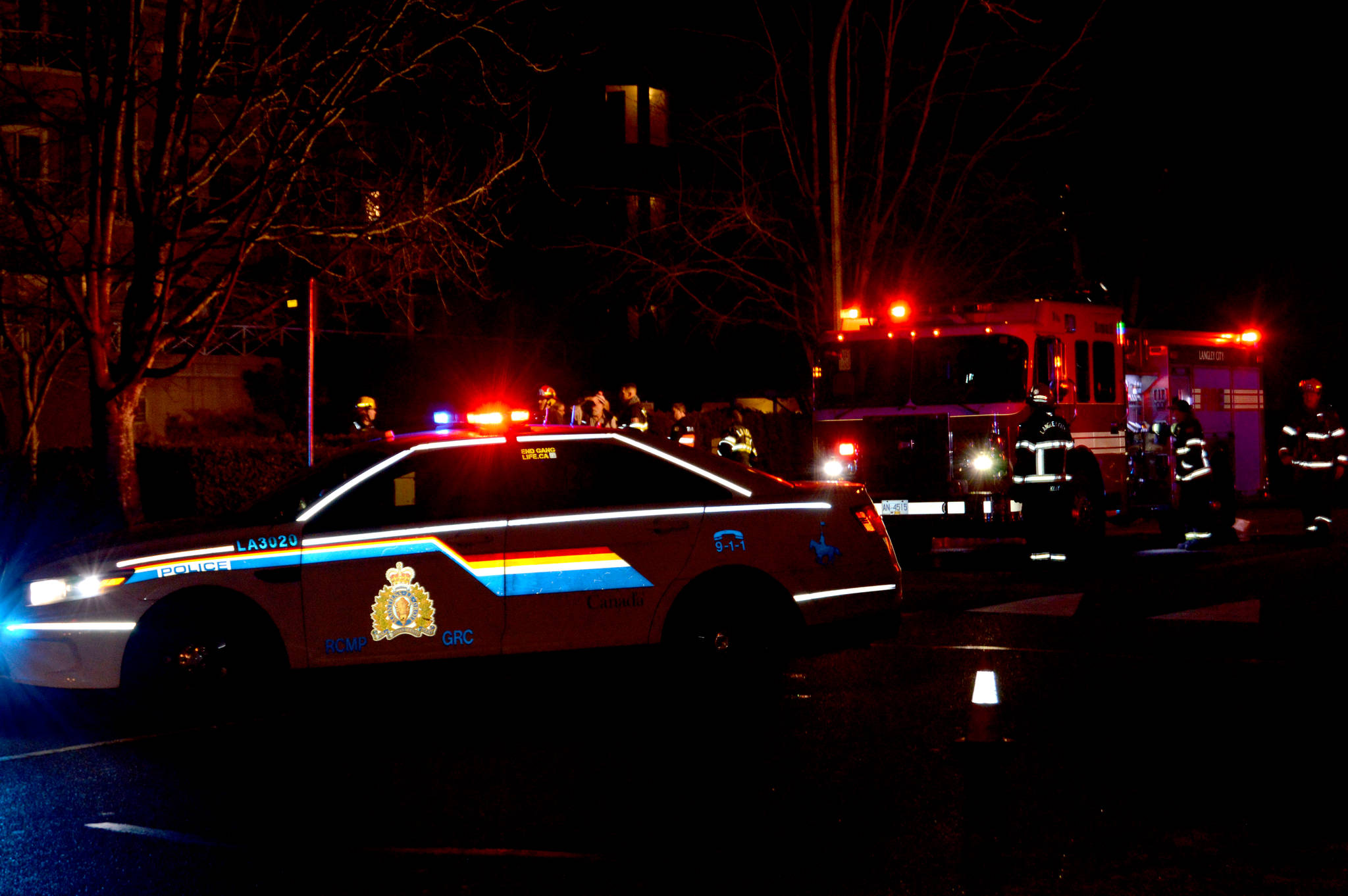 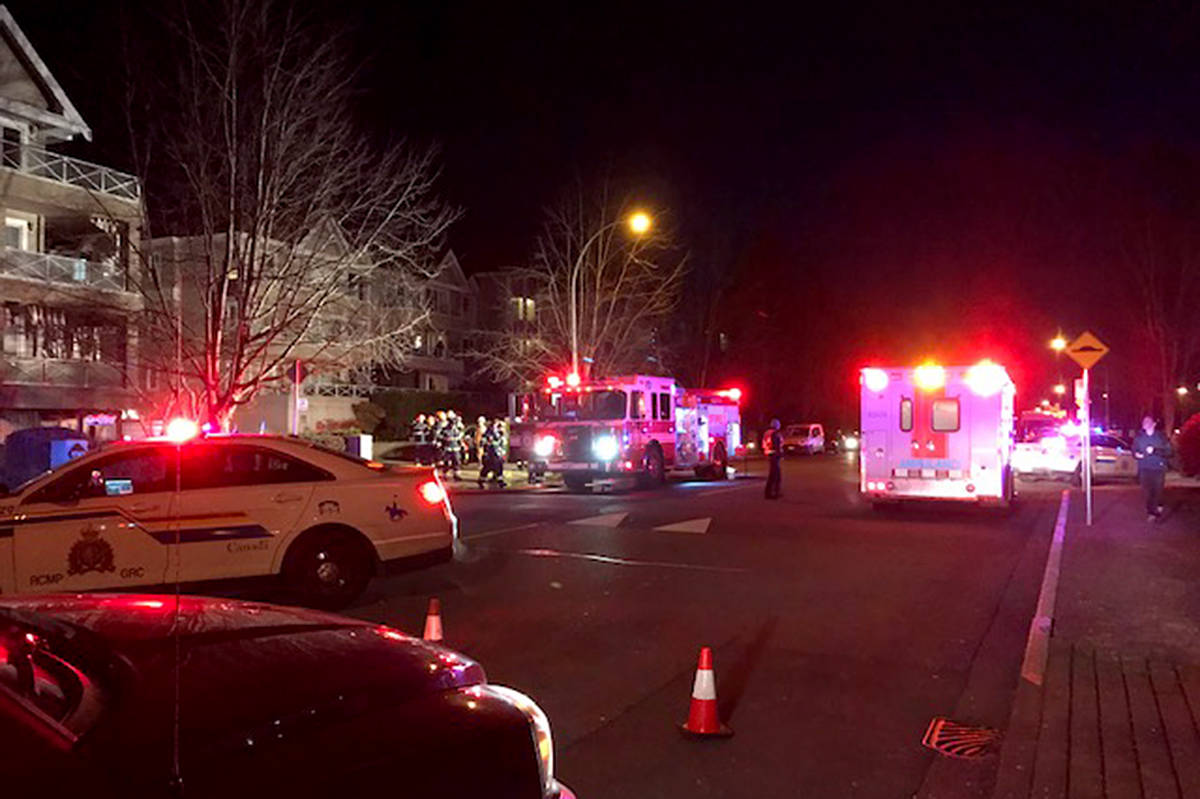 Fire crews are mopping up after a blaze on the outside of a Langley City apartment late Thursday afternoon. (Lisa Farquharson|Langley Advance Times)

Real or fake: Choosing the best Christmas tree for the planet