Austin Fadear was watching a movie with his dad Blaine on Tuesday night in the house they share when a Corvette went off the road, smashed through a cinder block safety barrier and landed in the yard of their home at 200 Street and 48 Avenue.

It happened around 6 p.m.

“It was the loudest noise my dad and I ever heard,” Fadear told the Langley Advance Times.

“At first, I thought it was the subwoofer. We have surround sound.”

Then they saw the damaged car in their yard.

As a result of the crash, most of the brick barrier was destroyed, with broken blocks scattered in the yard.

“If that wall hadn’t been there, it would have been terrible,” Fadear observed.

Sheena Reid was driving her eight-year-old-daughter and six-year-old son in her Mazda SUV when the Corvette passed her on the right using a bicycle lane, barely missed a telephone pole, then went through the safety barrier.

“She came out of nowhere,” Reid recalled.

“It was like something out of the Dukes of Hazzard.”

Reid, who is still recovering from injuries suffered in a serious car accident, was shaken by the crash.

“I had a panic attack on the way home,” she shared.

“I just broke down.”

Langley RCMP said the driver of the car, a 51-year-old Langley woman, lost control while the Corvette was heading westbound on 48 Avenue when she tried to pass another vehicle on the right.

Cpl. Holly Largy said an immediate roadside prohibition for impaired driving was served on the driver and the vehicle has been impounded for 30 days. 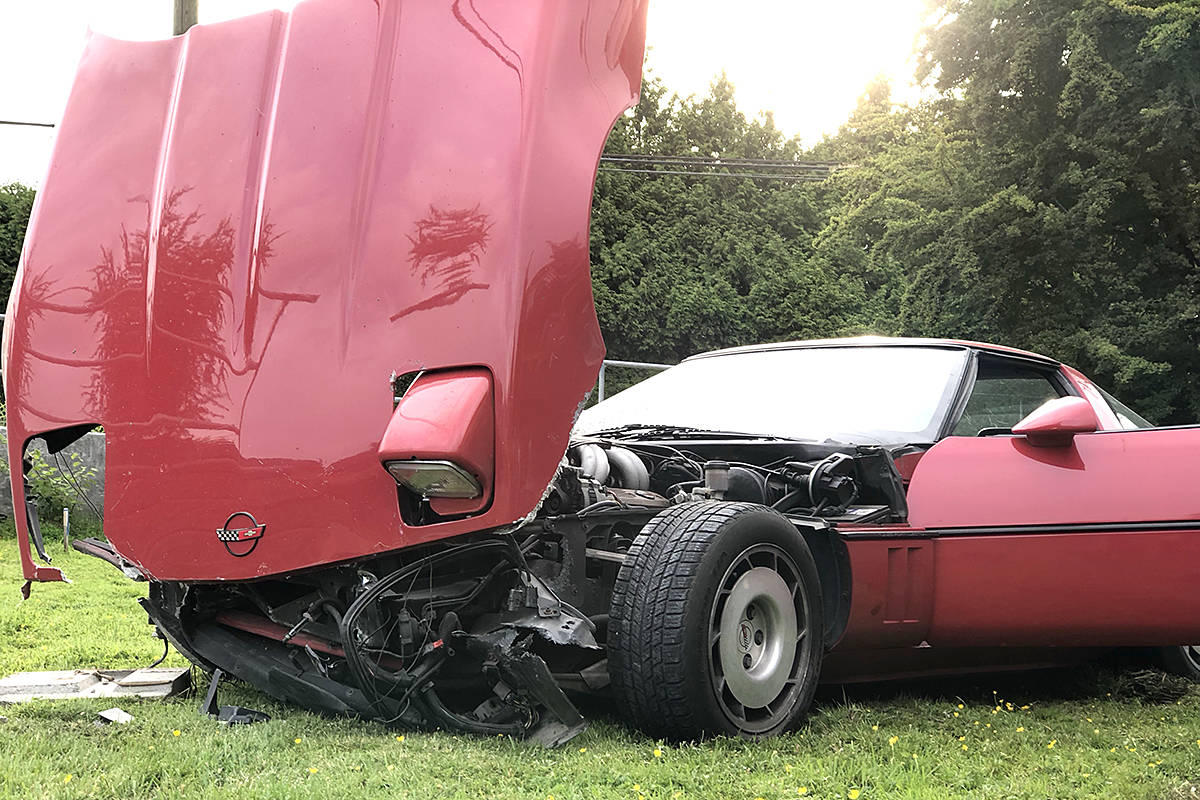 “Miraculously,” the driver was not injured. Austin Fadear photo 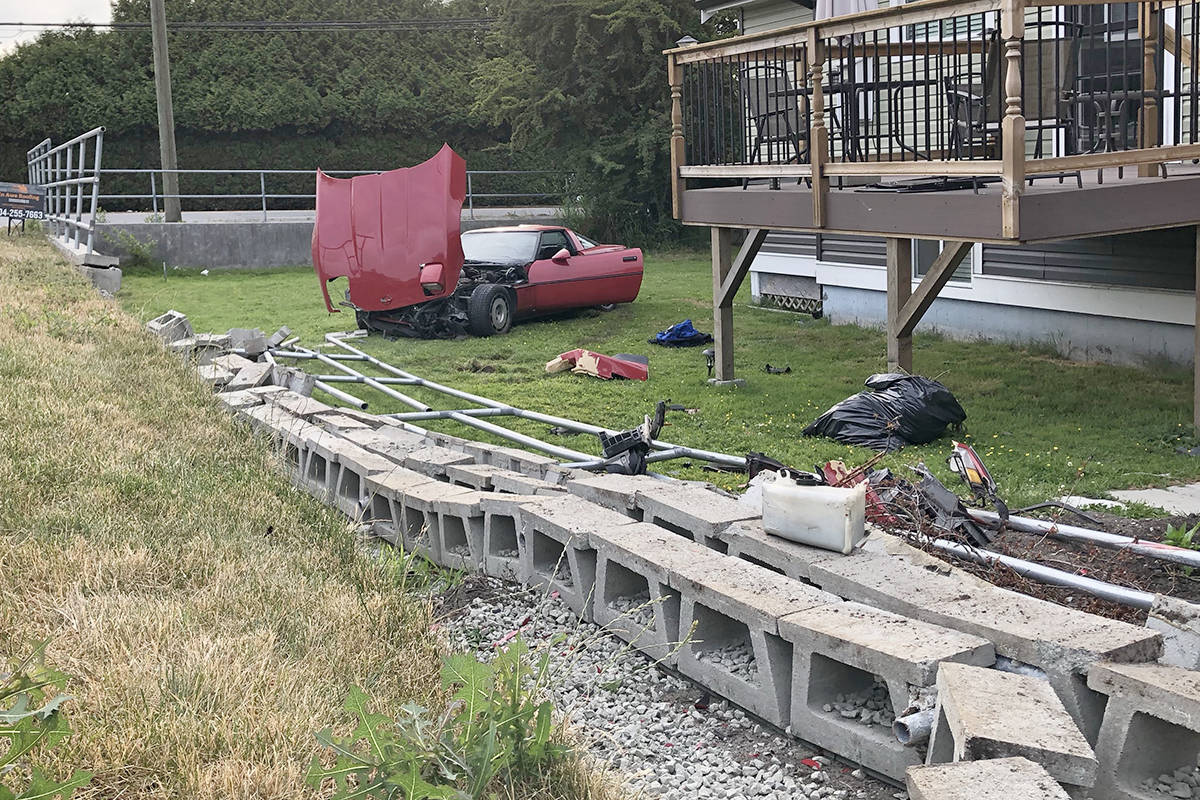 If it hadn’t been for the barrier, the car could have ended up smashing into the house. Austin Fadear photo

TransLink fares to go up on July 1

VIDEO: Garbage-hauling ship arrives in B.C. after journey from Philippines