Fire crews responded to a fully involved house fire at at 276 Street and 28 Avenue on the Aldergrove-Abbotsford border at about 4 p.m. Sunday.

A complicated structure due to multiple additions to the home made it a hard fire to fight, he noted.

“It’s going to be a long drawn out process of tearing the ceiling apart and getting at the hot spots,” Bird said.

A neighbour said he first noticed the smell of the house burning before he saw the flames.

“I could smell plastic burning,” said Michael Davies. “Then the smoke was coming out fast and furious.”

One person was taken to hospital with minor smoke inhalation. The cause of the blaze is still under investigation. 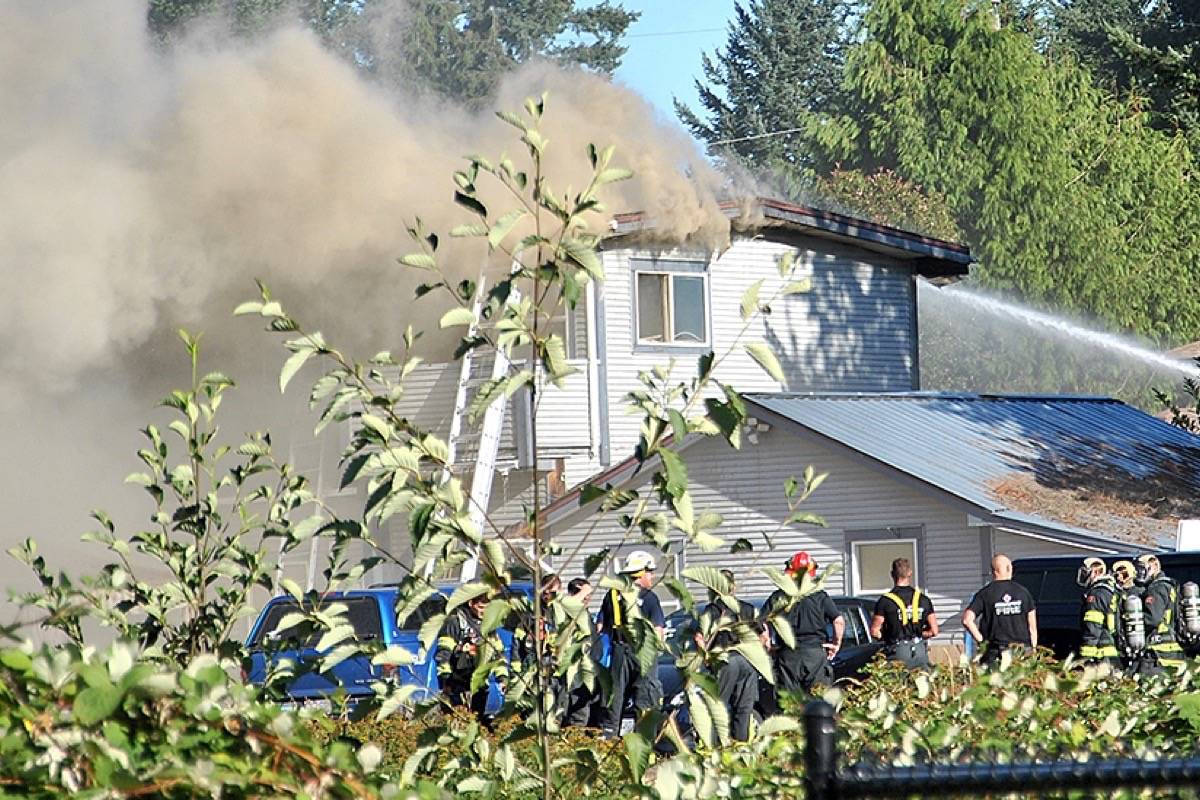 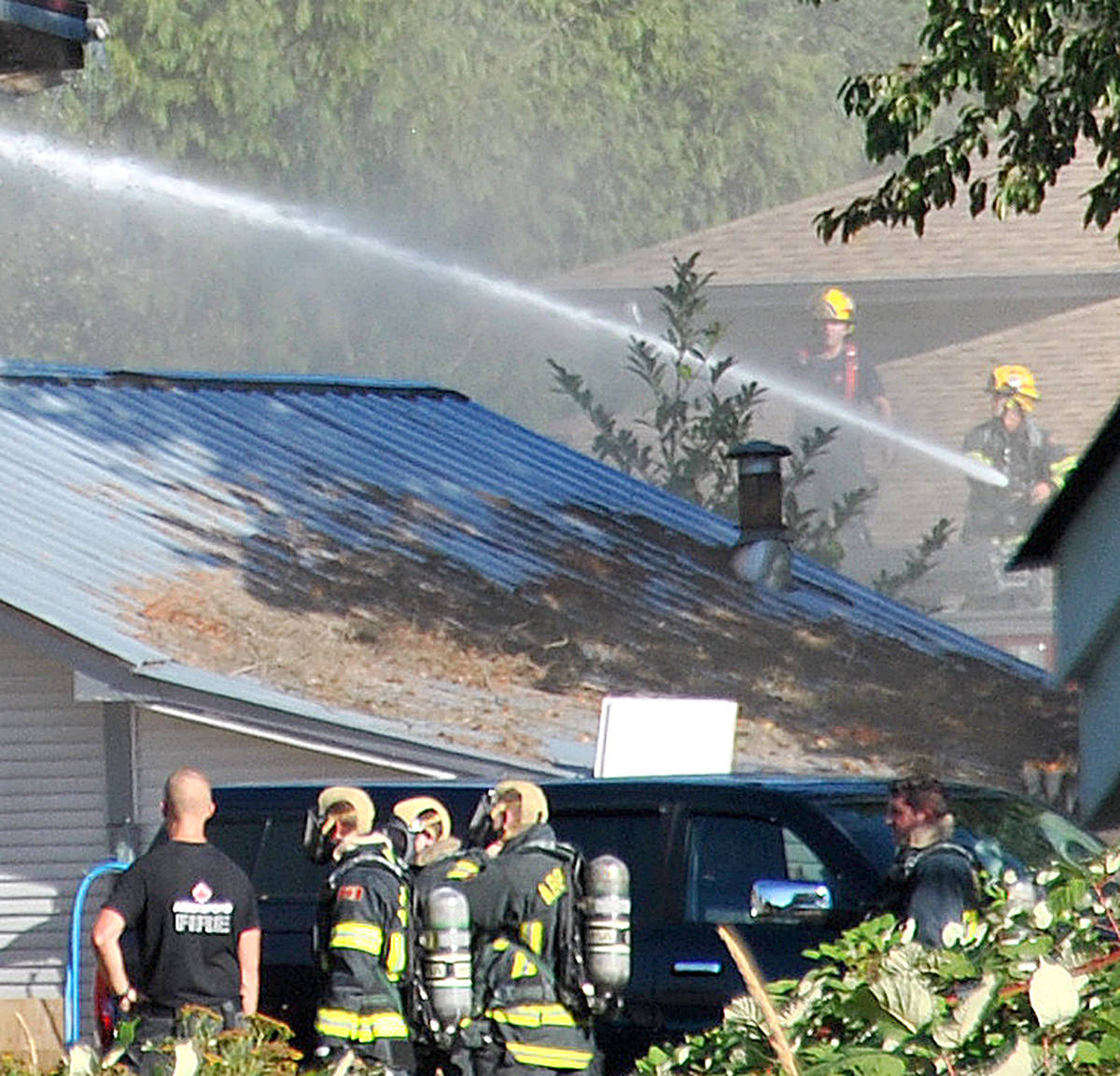 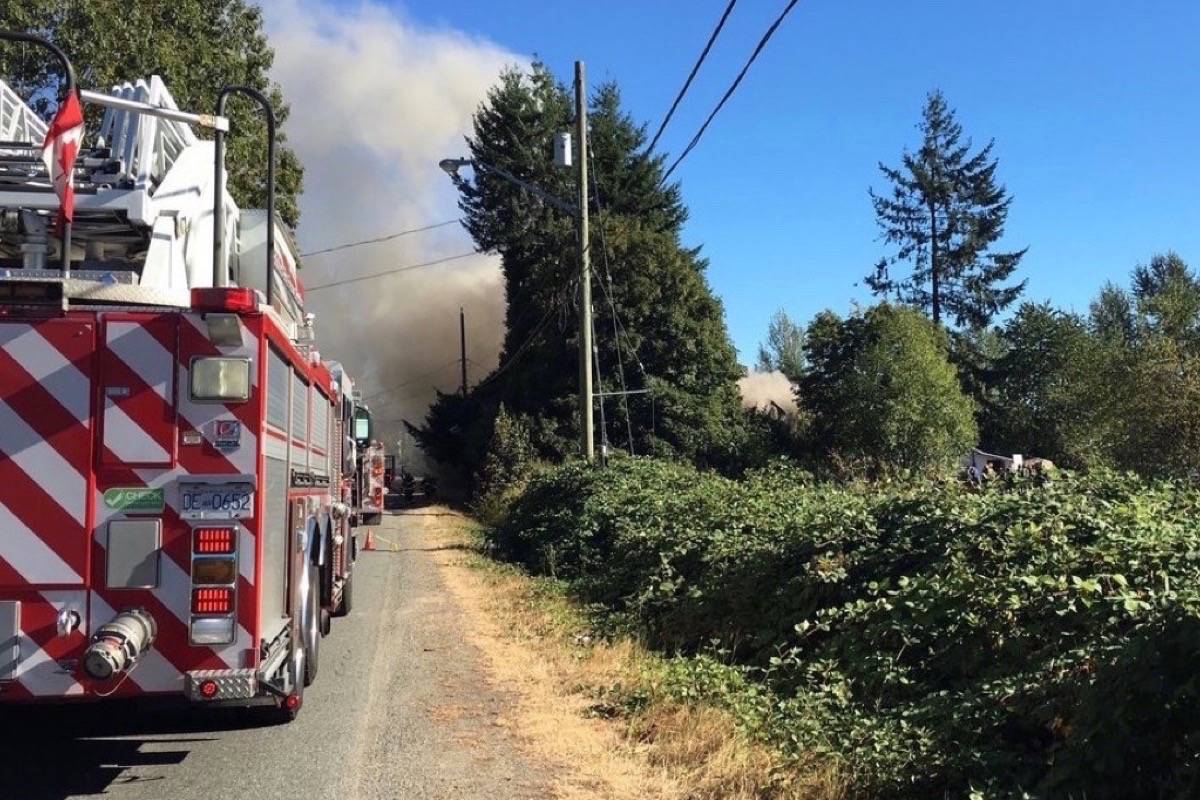 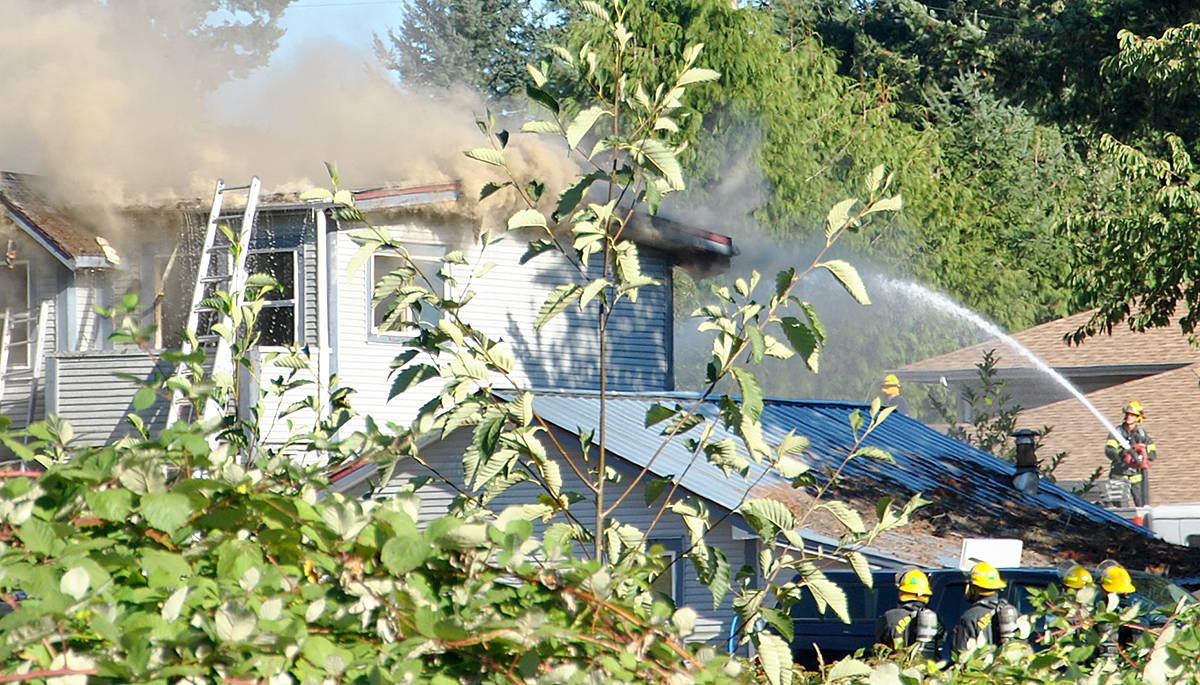 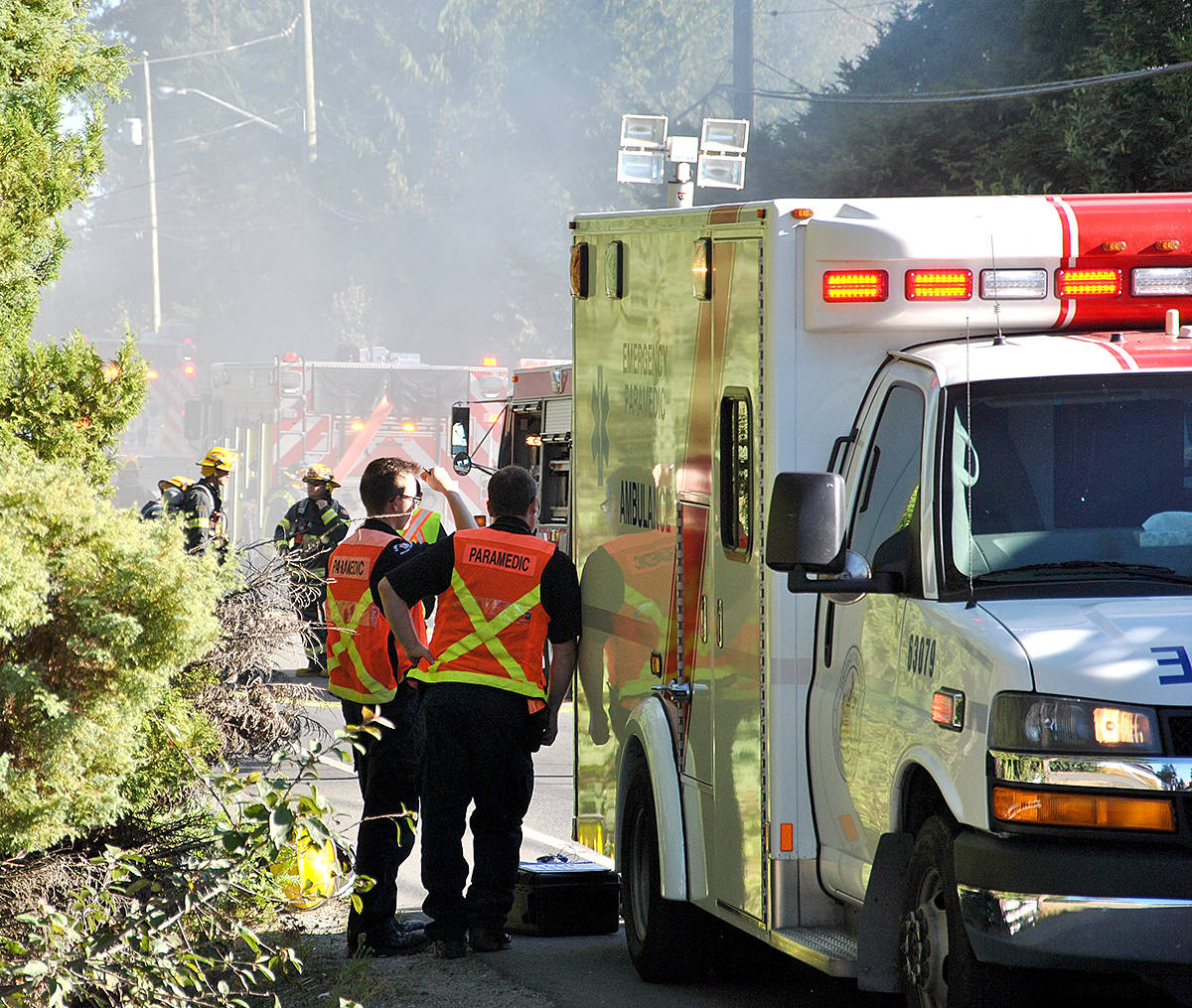 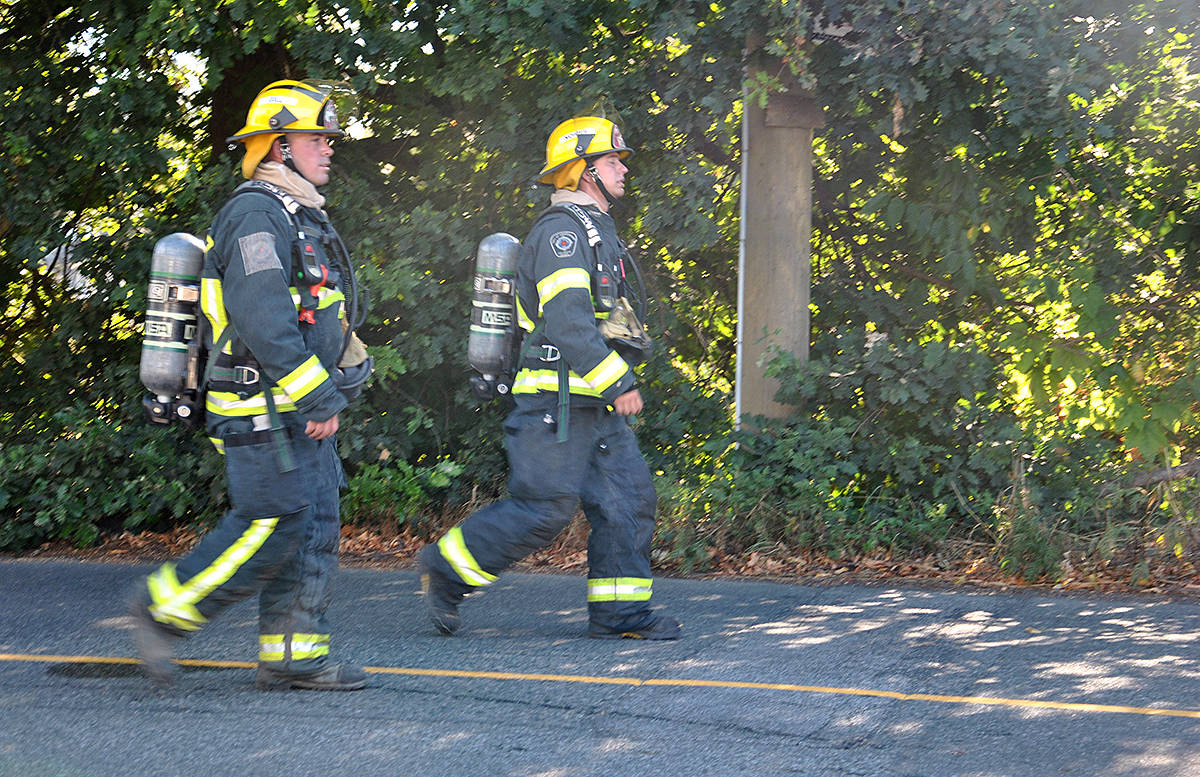 At least one of the tenants from a home on 276th Street in Aldergrove was reportedly taken to hospital after a Sunday afternoon blaze. (Roxanne Hooper/Langley Advance)

PHOTOS: Vancouver Giants prospects battle it out in Legends Cup