Enjoying an alcoholic drink in a city park will be possible starting later this summer, as part of a pilot project through the City Chilliwack.

There are two locations that have been approved, in Vedder and Crossing Parks. A bylaw that will make way for the pilot to operate is expected to be approved by council on Aug. 18, and will run until Oct. 31.

The city says the idea is “to help support the local economy while complying with all provincial health orders.”

They will be adding additional picnic tables and garbage facilities to accommodate the designated areas where responsible liquor consumption will be permitted. Temporary washrooms will be also added to Crossing Park during the pilot project.

The pilot is not a free for fall. It will permit responsible drinking in designated areas between noon and 9 p.m. daily. The boundaries of each area will be marked by fencing and signage will clearly display the hours of operation, boundaries and rules of use. No glass bottles or containers will be allowed. Signage to remind residents of the importance of physical distancing will also be installed, and staff will monitor use of these designated areas as part of their regular patrols.

“Many communities around the world, and other B.C. municipalities have implemented similar initiatives in their public spaces,” said Mayor Ken Popove. “We know that spending time outdoors is safer than indoors right now, and we hope this pilot project fosters a new way for people to safely and responsibly connect.”

The City is seeking preliminary feedback on the upcoming pilot project through an online survey. Residents can share their initial thoughts online at www.chilliwack.com/engage. The survey will be available until August 23. 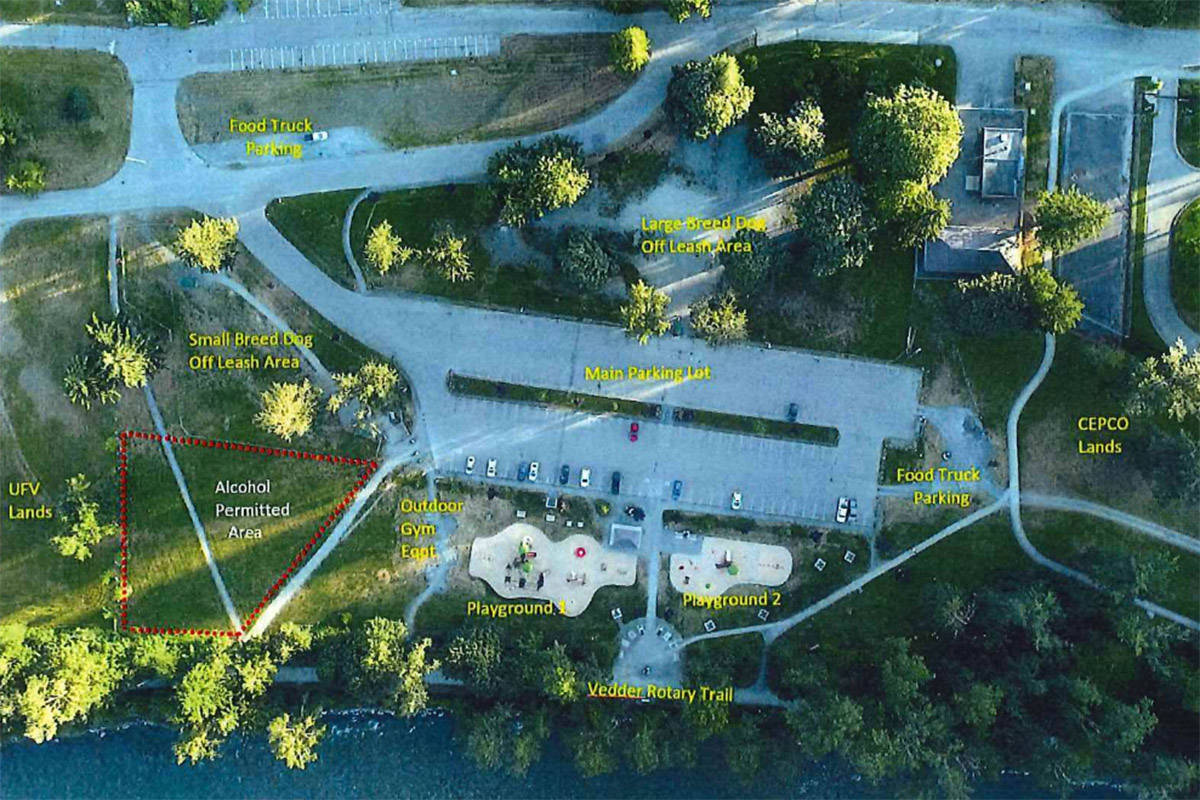 Vedder Park and the designated area where alcohol consumption will be allowed started August 18, 2020 as part of a pilot project. (City of Chilliwack)