Long-promised electronic rail warning signs have finally gone up in Langley, about four years after they were supposed to.

They were installed at six locations in the Langleys and Surrey to alert drivers on specific roads when a train is approaching a level crossing, so they can divert to one of eight new overpasses.

All are covered with tarps, and are currently not expected to start operating until December.

During the planning and approval process for the so-called combo project, which saw the construction of three overpasses — one in Langley Township and two more along the City’s border with Surrey — the municipalities were promised signs.

They were expected to go up around the time the final overpass of nine constructed along the corridor between Delta and Langley opened at Glover Road and Mufford Crescent in early September 2014.

They didn’t. The project allowed $3.8 million for the signs, but when they were put to tender, bids came in higher than anticipated.

Congestion at the level crossings is expected to worsen.

A plan to expand the Deltaport container cargo terminal in Ladner could send more trains through Langley than the nine new overpasses were designed to handle.

The result of the Roberts Bank Terminal 2 (RBT2) project proposed by Port Metro Vancouver would build a new three-berth container terminal that would double capacity at the South Delta deepwater port.

Once complete, the port would ship the equivalent of 4.8 million 20-foot-long containers through the Township and Langley City every year, more than double the current annual figure of 1.8 million.

That is substantially more than the new overpasses in the Langley area were built to accommodate, a report by Township transportation engineering manager Paul Cordeiro has warned.

The construction of the new overpasses, part of the Roberts Bank Rail Corridor project, was to handle a planned increase of rail traffic from 1.8 million to 3 million by 2021 as a result of adding a third container ship berth at the Deltaport terminal.

Similar concerns were raised by the City of Langley in a report by the acting director of engineering, parks and environment, which said the port should “retain qualified experts to undertake a full analysis of the proposed RBT2 Project in relation to the anticipated road and rail impacts on the corridor in and around the City of Langley and to identify appropriate measures to effectively address and mitigate such impacts.”

On July 6 the RBT2 review panel opened a 90-day public comment period on the project, which will close Oct. 5). 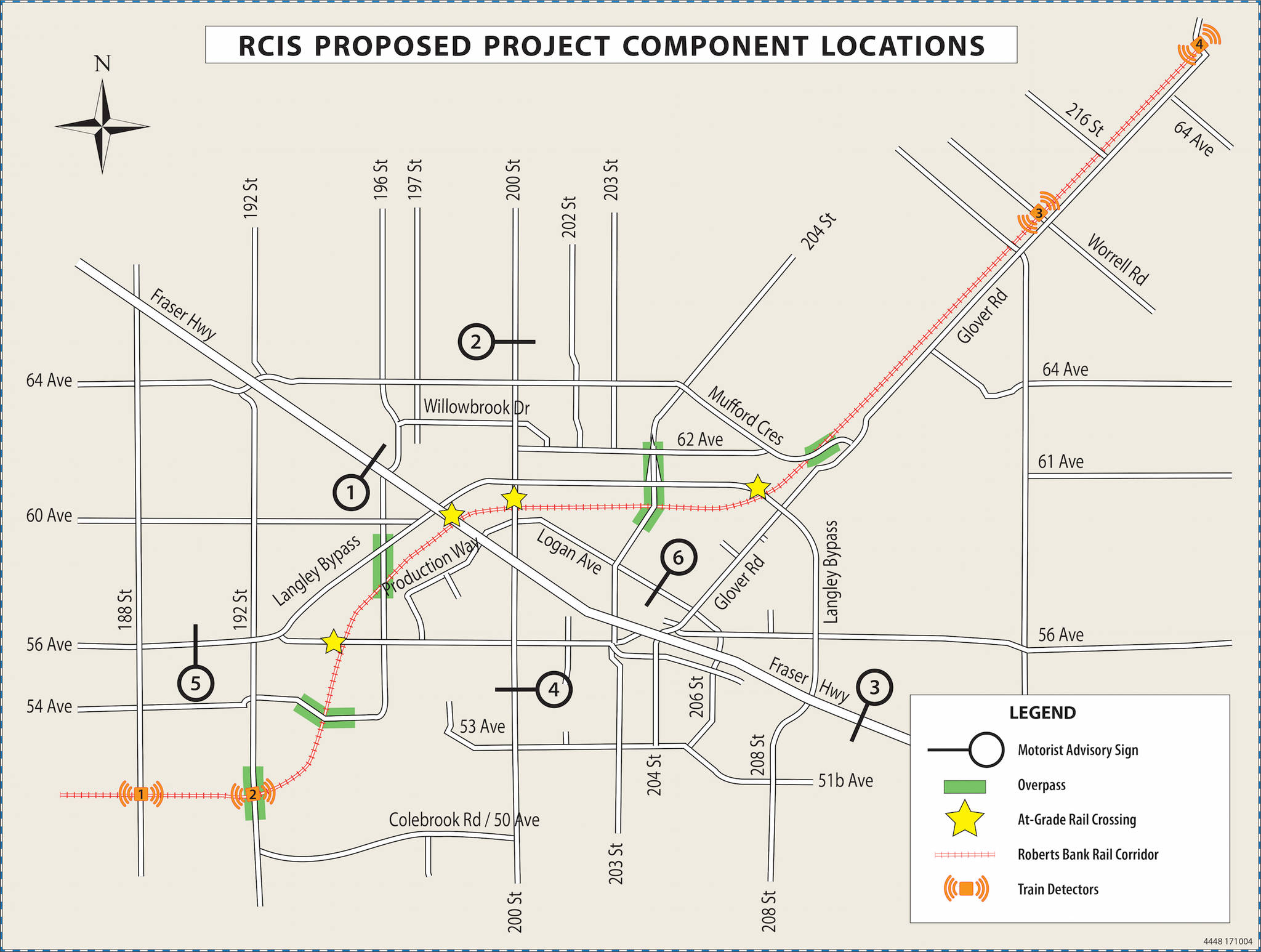