Multiple fire investigators are beginning to take a look at the gutted Madison Place condo building on Langley City’s 56th Avenue as of Monday, trying to determine when it will be safe to enter.

Firefighters have left the scene of Madison Place in the 19700 block of 56th Avenue, after a fire on Friday evening severely damaged the upper floors of the four-storey building.

Investigators from Langley City Fire Department, the RCMP, and insurance companies were at the site Monday, but a thorough examination of the building can’t start right away, said City fire chief Rory Thompson.

“It looks like some of the support beams have let go,” Thompson said.

A structural engineer is expected to be on site Monday, and there may need to be preliminary repairs before anyone can enter the building again, Thompson said.

It’s unknown as of now when residents may be able to return to retrieve vehicles from the garage or any surviving possessions from their homes. Many residents had to flee the fire with only the clothes on their backs.

As far as he can determine, Thompson didn’t believe the parking area was flooded.

When the condo building at Paddington Station burned in 2016, there were rumours that the parking garage had flooded, but those proved unfounded later, and most residents recovered their cars.

At least two vehicles were destroyed by the fire at Madison Place, when burning debris set them on fire, said Thompson, one car and one pickup truck.

Madison Place was built in 2007 before the BC Building Code mandated sprinklers on balconies and in attics for all low-rise condos.

The rules were changed in 2017 due to the Paddington Station Fire. 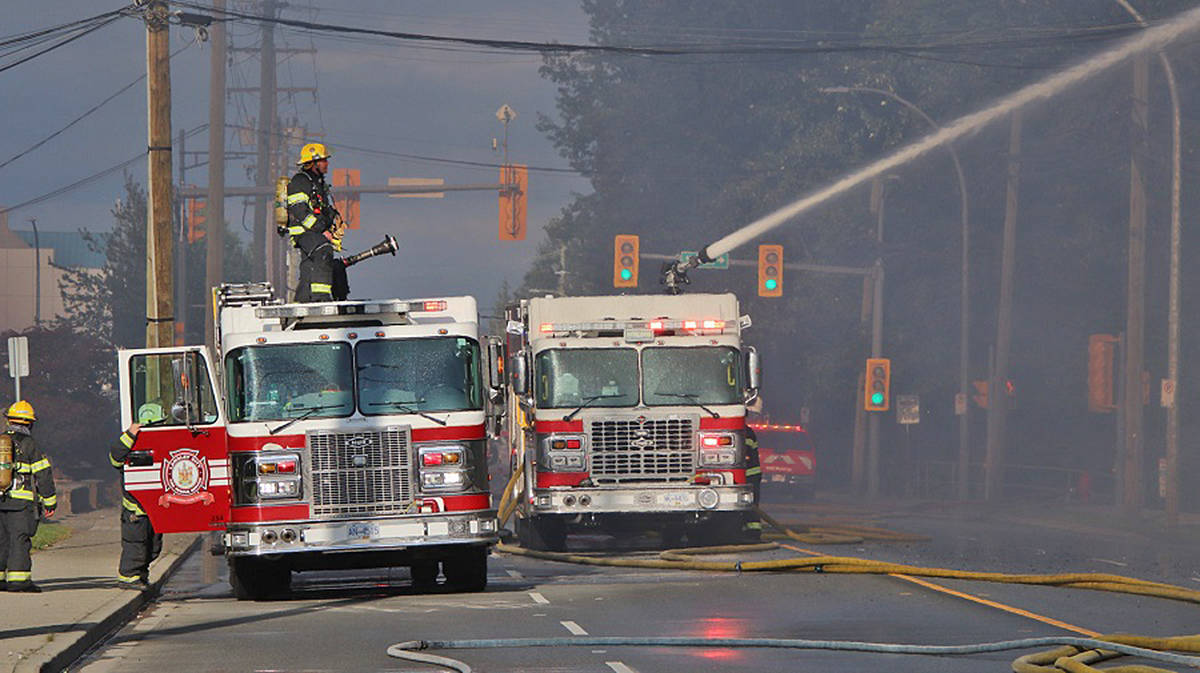