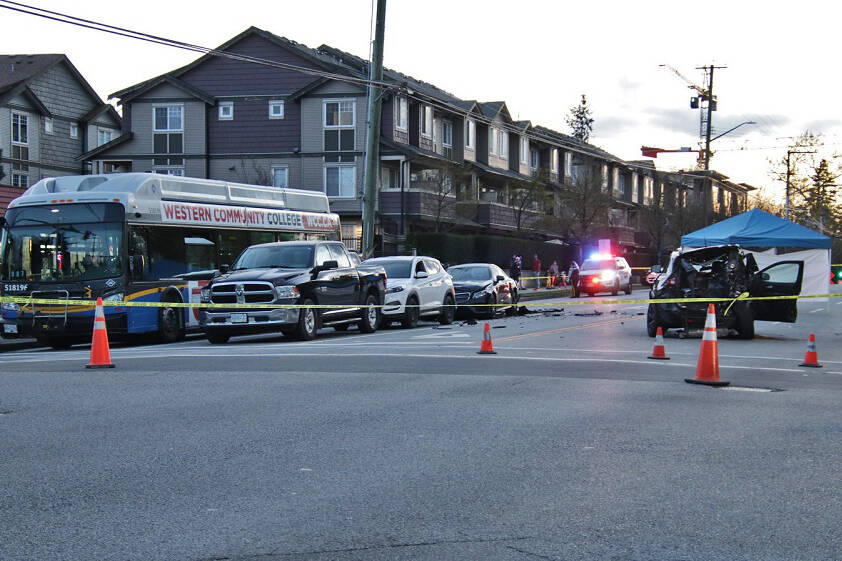 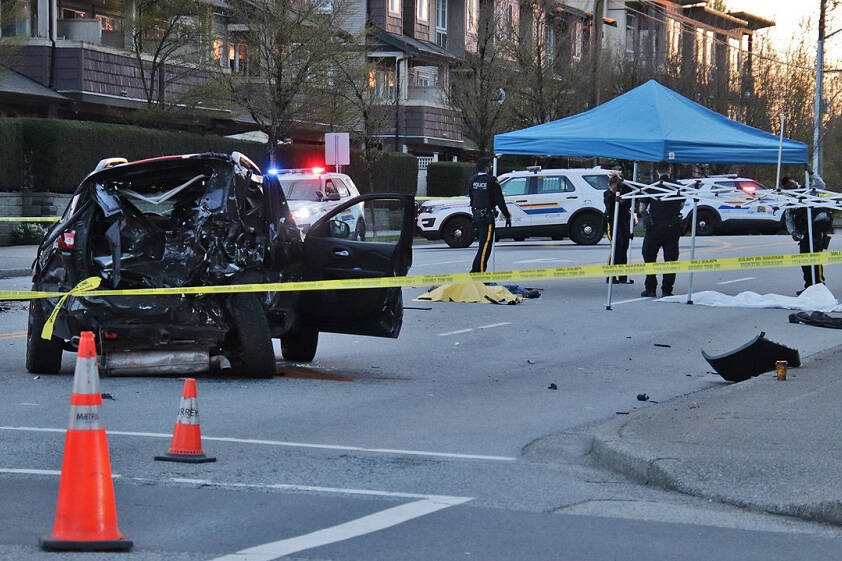 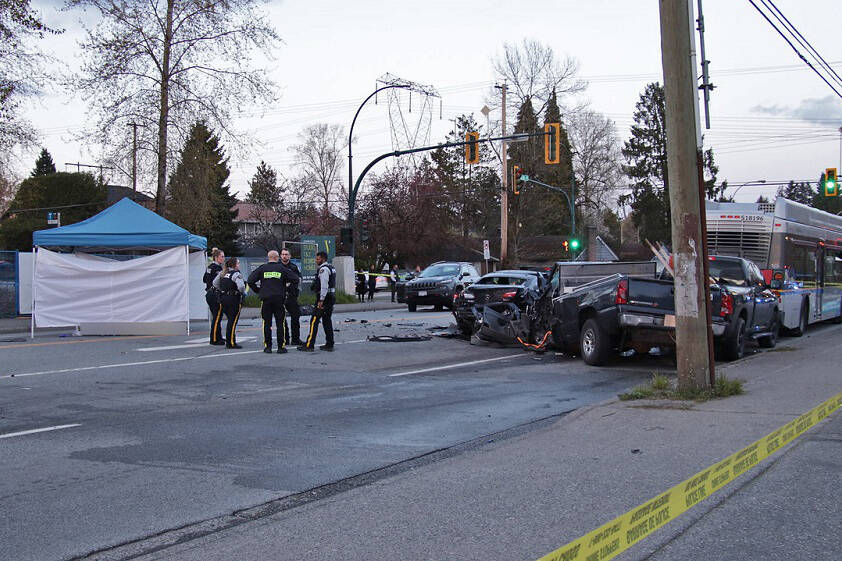 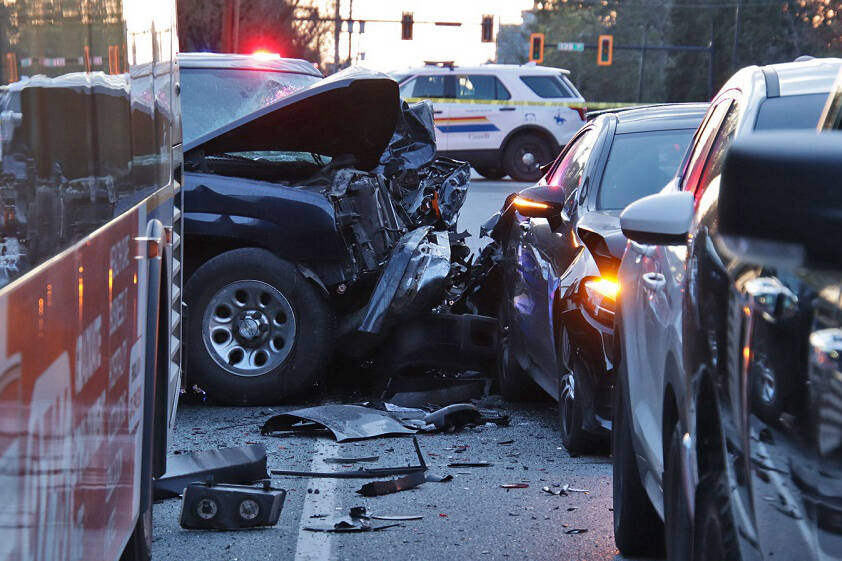 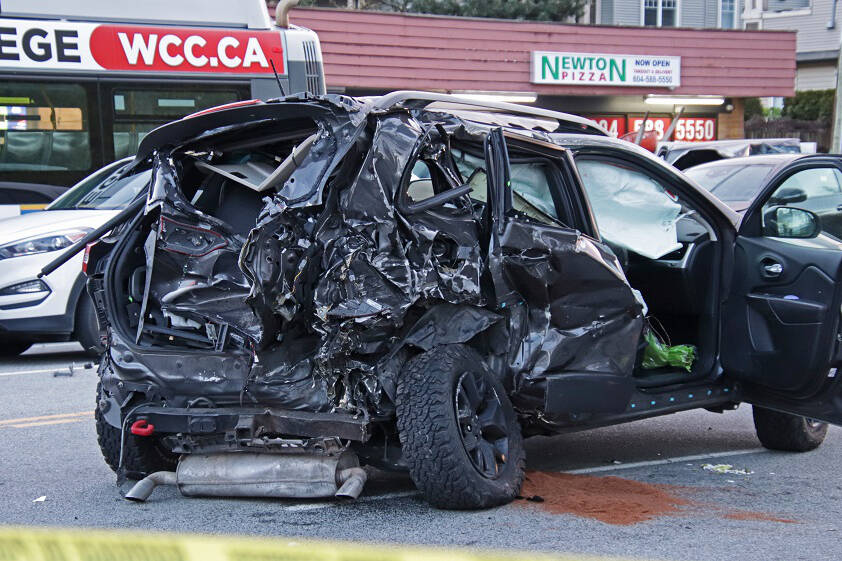 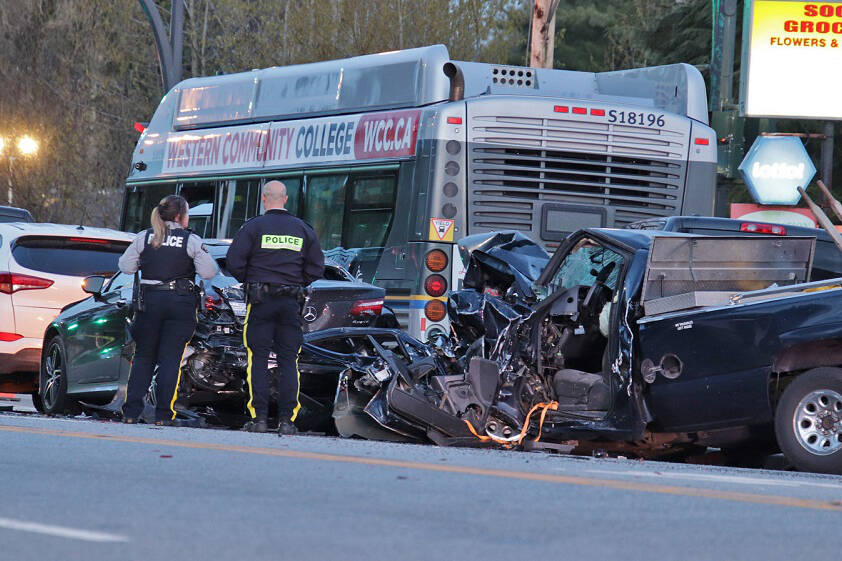 One person died in a multi-vehicle collision in Surrey Tuesday (April 19).

According to an RCMP news release, the driver of an eastbound pickup was pronounced dead at the scene, while two occupants of a second vehicle were taken to hospital with minor injuries.

READ ALSO: UPDATE: One to hospital after tractor-trailer, sedan collide in Surrey

One witness of the aftermath told Black Press Media that a total of seven vehicles were involved, including a transit bus. Firefighters had to use the Jaws of Life and other equipment to extract one driver, however, that individual succumbed at the scene, the witness said.

Due to the nature of the collision, 108 Avenue was shut down between 139 and 140 Streets for several hours while police investigated.

The road was reopened at approximately 3:30 a.m. Wednesday (April 20).

The Mounties’ Criminal Collision Investigation Team is investigating. Anyone who witnessed the collision, or with dash-cam footage of the area from the time it occurred, is asked to contact the Surrey RCMP at