Fire destroyed a barn and killed an estimated 7,000 to 10,000 chickens at a property on Ross Road on Tuesday afternoon.

Abbotsford Fire Rescue Service crews were called to 4062 Ross Road (at the corner of Downes and Ross) just before 1 p.m.

The two-storey barn was fully engulfed in flames when they arrived, and they were able to prevent the fire from destroying a second barn.

In February, 5,000 chickens were killed in a similar barn fire in east Abbotsford.

The cause of the fire is not known at this time.

@AbbyNews any ideas what this is ? As seen from the Abbotsford automall pic.twitter.com/iLkJmiLOR4 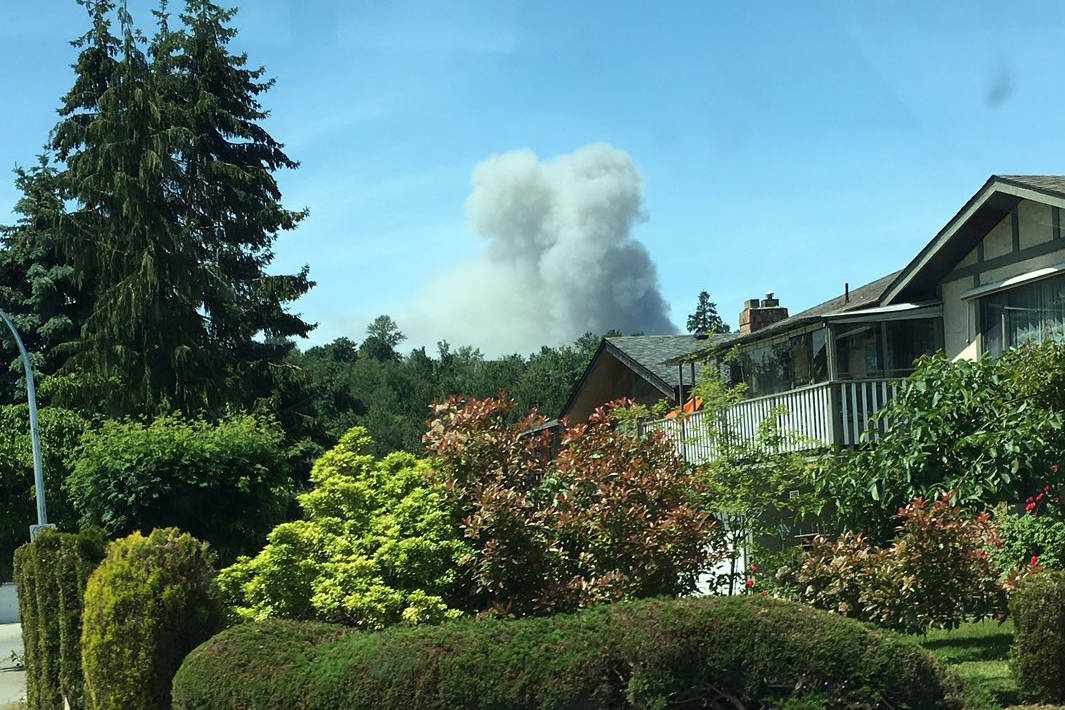