A fire gutted one townhouse unit in a Langley housing complex, and forced at least one neighbouring family out of their home as well on Tuesday morning.

Tim Green said his family’s townhouse, connected to the one where the fire started, suffered some smoke damage and damage to its roof as the fire spread.

“We didn’t get water damage,” he said.

On Tuesday morning, the family was packing up their belongings and trying to figure out where they will go while the damage is being repaired. They have insurance, but aren’t sure where they will stay.

The family had lived there more than eight years, he said.

According to Green, one person from the gutted townhouse was taken to hospital.

The cause of the fire was unknown as of Tuesday morning.

The Langley Advance Times is attempting to contact the Kinsmen and Langley Township Fire Department for more information. 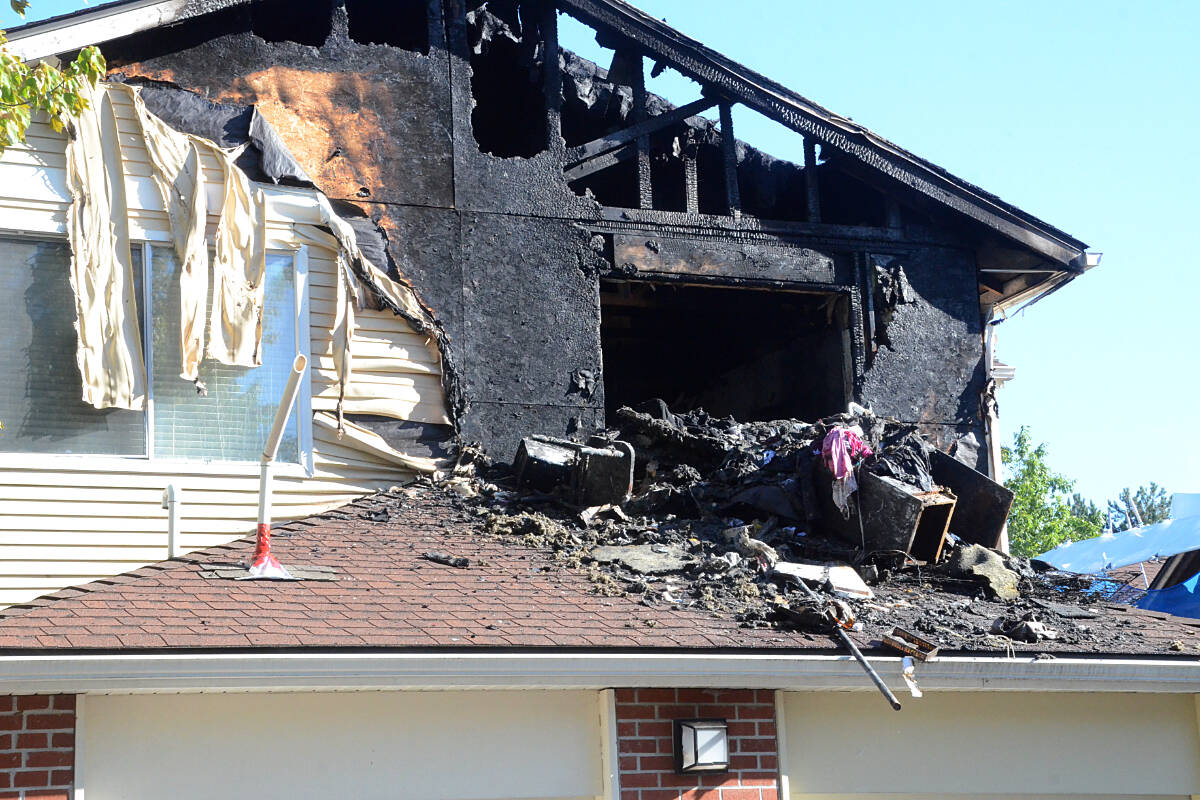 A fire on Tuesday, Aug. 30 gutted one townhome in Murrayville and seriously damaged the adjacent unit. At least ones person was reportedly taken to hospital. (Matthew Claxton/Langley Advance Times)