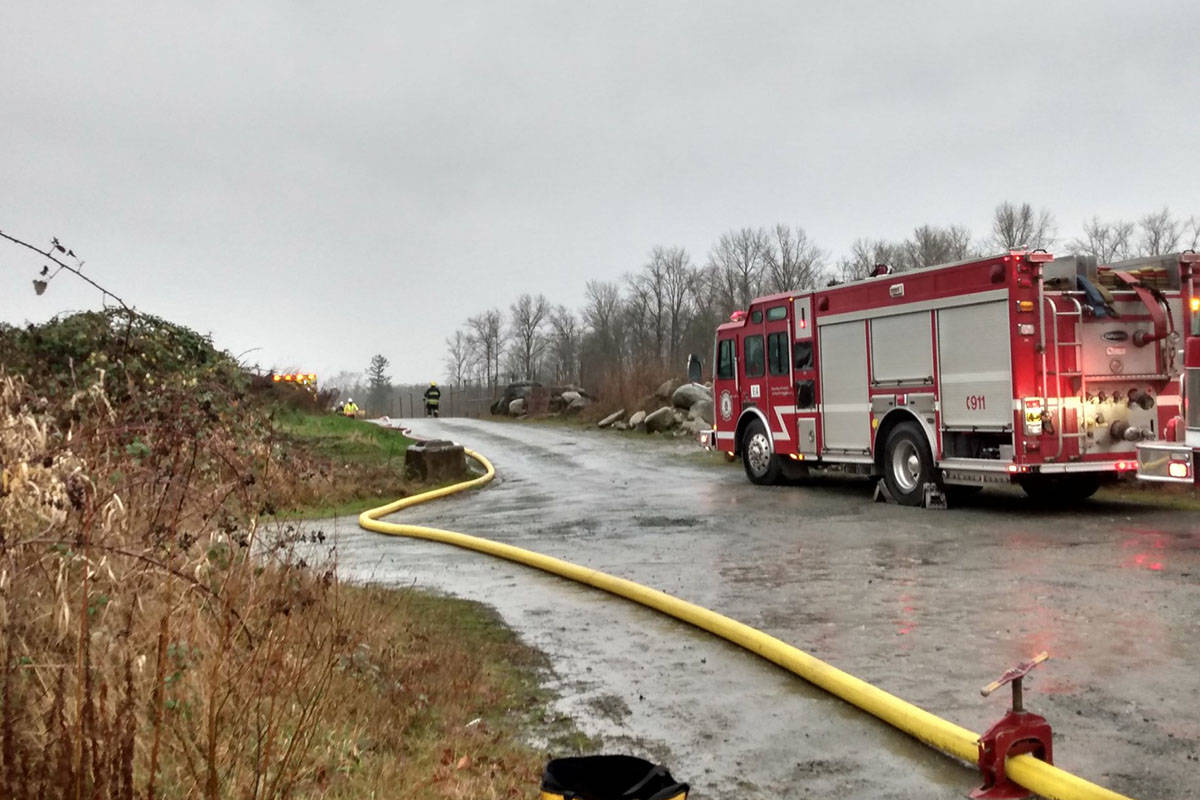 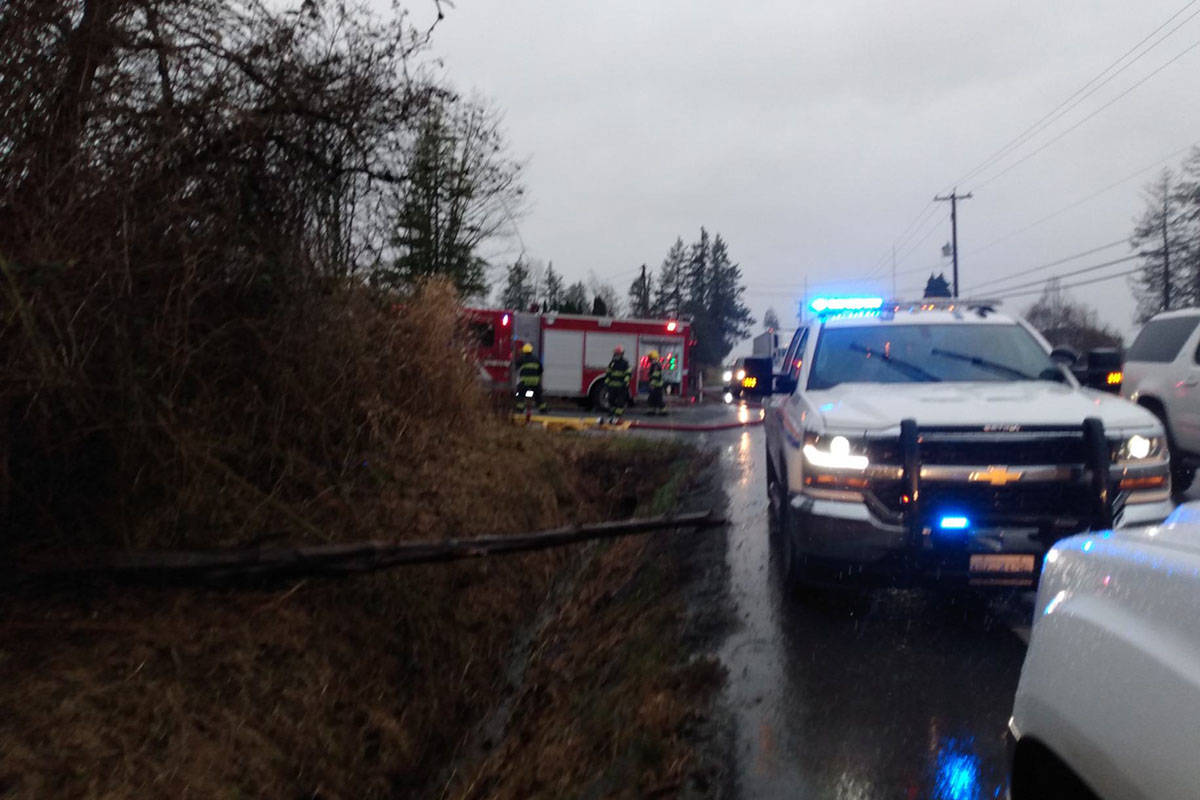 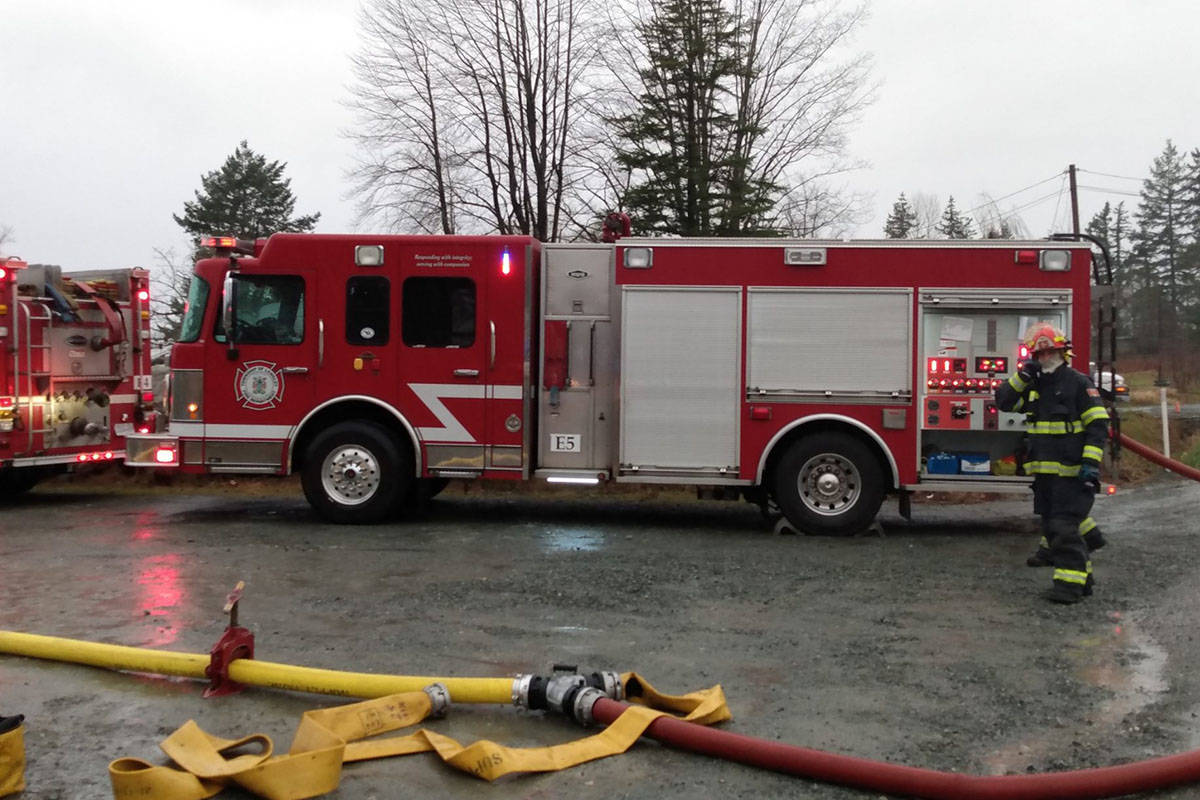 Firefighters were called to battle a blaze at a rural property in South Langley on Wednesday afternoon where a man was found dead inside a fifth wheel trailer.

A police investigation is ongoing, but the incident is not considered suspicious at this time, said Cpl. Holly Largy, spokesperson with Langley RCMP.

Township firefighters were dispatched around 2 p.m. for a structure fire in the 22100-block of 16th Avenue.

“They were using our driveway,” she said of Township fire crews who were fighting the fire.

“We were working in the orchard and saw it happen,” she explained.

She wanted to clarify because the cidery is getting a lot of reaction on its social media channels.

Five firefighter apparatuses responded to the scene, according to Russ Jenkins, deputy fire chief with the Township.

“There was pretty significant damage to the trailer,” he said. “There are no hydrants in the area.”

Fire crews remained on scene until 4:30 p.m. thereafter the investigation was left to the Langley RCMP, Jenkins said, noting the trailer was not “salvageable.”

The cause of the fire or death is not known.

Traffic in the area was not impacted at the time of the incident.

‘I’ve never been so scared in my life’: Hiker recounts wife’s rescue from Mission falls