Emergency crews are at the scene of a vehicle incident eastbound on the Trans Canada Highway at 232nd Street in Langley.

A large dump truck and trailer appeared to have flipped over in the eastbound lane, demolishing part of a median near the off- and on-ramp.

TRAFFIC: Photos submitted of the crash in #LangleyBC on #Highway1 eastbound at 232nd Street show a roll over semi. Fire fighters are on scene.

The 232nd Street on-ramp to Highway 1 eastbound is closed.

Cam Massey was at the scene and said it seemed as if another vehicle clipped the truck and he “veered off” and into the median.

But it doesn’t appear the driver was injured, he said.

“He was sitting up … They [fire fighters] kept checking up on him. I didn’t see any blood,” said Massey.

The incident was reported to emergency services around 8 a.m., and two ambulances were dispatched to the scene.

BC Emergency Health Services confirmed the driver sustained non-life-threatening injuries and was treated at the scene by paramedics.

He refused transport to hospital.

Expect delays due to congestion in the area. 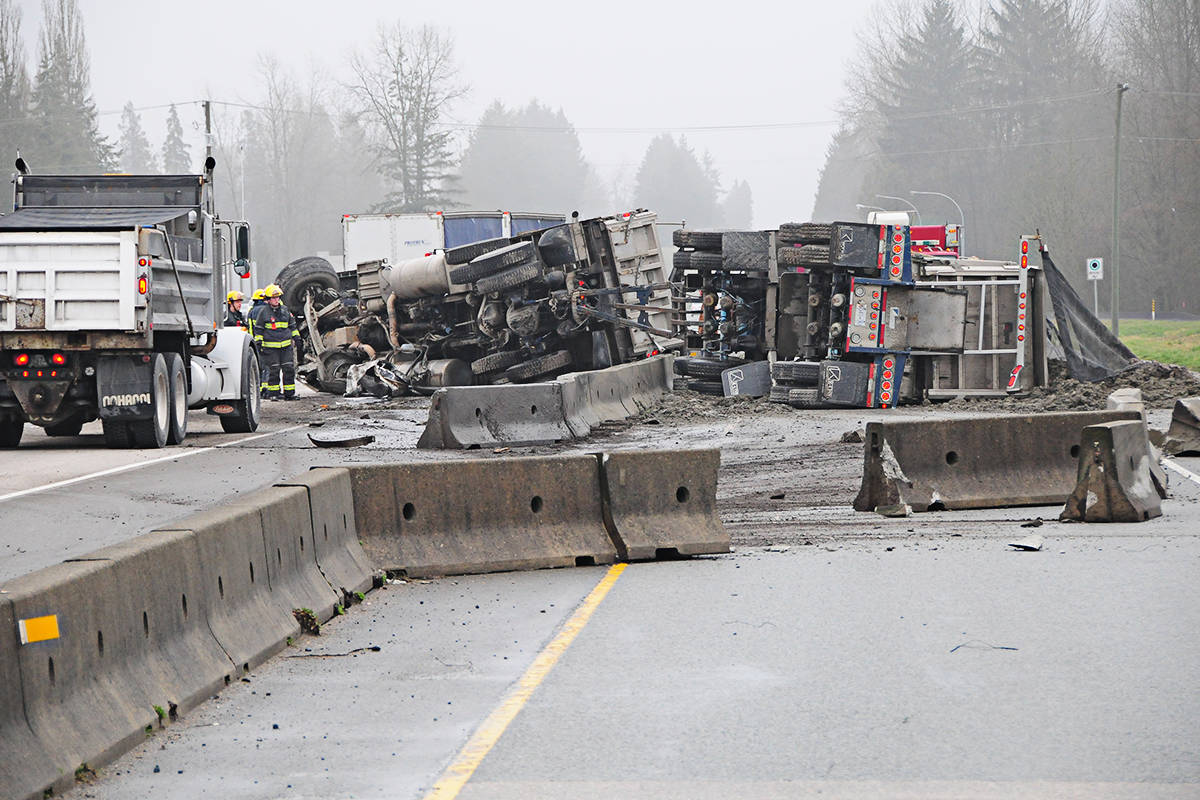