Ross Armstrong said he wasn’t surprised to hear that Greyhound was closing down service in most of Canada.

The White Rock resident was waiting to catch a bus to Penticton at the Langley Greyhound bus depot on Logan Avenue Wednesday morning.

“A lot of their buses are in poor condition,” said Armstrong, who recalled a trip to Northern California on a Greyhound bus that was interrupted due to mechanical problems, forcing him to rent a car to complete his journey.

On the bus trip back, he said, there was another breakdown.

“Bus travel doesn’t cut it for a lot of people,” Armstrong said.

But it can be a bargain compared to the alternatives, he added, noting the cost of a bus ticket to Penticton is about $4o compared to around $300 to fly.

Another passenger, a visitor from Salmon Arm, said she had to begin relying on the bus after she developed vision problems that prevented her from driving.

“I think it’s dreadful (the shutdown),” said the woman, who asked to not be named.

Parents of a visiting college student from the Okanagan, who were seeing her off, said if all else fails, they will be able to drive their daughter in the future, but others won’t have that option.

“This is really sad,” said the mother, who asked not to be identified.

“So many people are dependant on Greyhound.”

During a Tuesday visit by a Times reporter, one staffer could be heard commenting that the depot was, ironically, busier than ever with a noticeable surge in passenger traffic over the last two or three weeks.

Staff at the depot directed questions about the fate of the facility to the company head office.

In response to a Times query, a Greyhound Canada spokesperson said the location was being leased on a month-to-month basis.

“Greyhound Canada’s lease for its Langley location will be terminated once operations are discontinued” said the email by Veronica Rivas.

“Please note no Greyhound employees will be affected since the location is operated by a contracted agent.”

“There were no plans to end the lease before the announcement,” Rivas added.

Passenger and freight service in B.C. Alberta, Saskatchewan and Manitoba will shut down with the exception of the Vancouver to Seattle service, which is operated by Greyhound Lines, Inc. (USA) and BoltBus.

All routes in Ontario and Quebec will continue unchanged, aside from the Trans-Canada service west of Sudbury in northern Ontario.

“It is with a heavy heart that we announce these service impacts for the end of October,” said the written statement issued by Stuart Kendrick, Greyhound Canada senior vice-president.

“We understand that these route changes are difficult for our customers,” Kendrick said.

“Despite best efforts over several years, ridership has dropped nearly 41 per cent across the country since 2010 within a changing and increasingly challenging transportation environment. Simply put, we can no longer operate unsustainable routes.”

The company said it had taken a range of cost reduction steps over the last few years, “including frequency adjustments to route schedules and other efficiency measures … unfortunately, these actions were insufficient and the downward trajectory continued.”

The company said customers can find additional information by visiting https://news.greyhound.ca or calling 1-800-661-8747.

The company statement hinted it might continue service to rural areas with government assistance, saying, “Greyhound Canada is continuing its discussions with provincial and federal governments about the importance of government investments in rural connectivity.”

B.C. Transportation Minister Claire Trevena said efforts were underway to arrange other private coach services to pick up the routes.

When Greyhound cancelled passenger bus service in northern B.C. effective May 31, the province announced it would fund a new bus service.

BC Bus North, provided by BC Transit, began operating on an interim basis June 4, backed by $2 million in provincial funding. 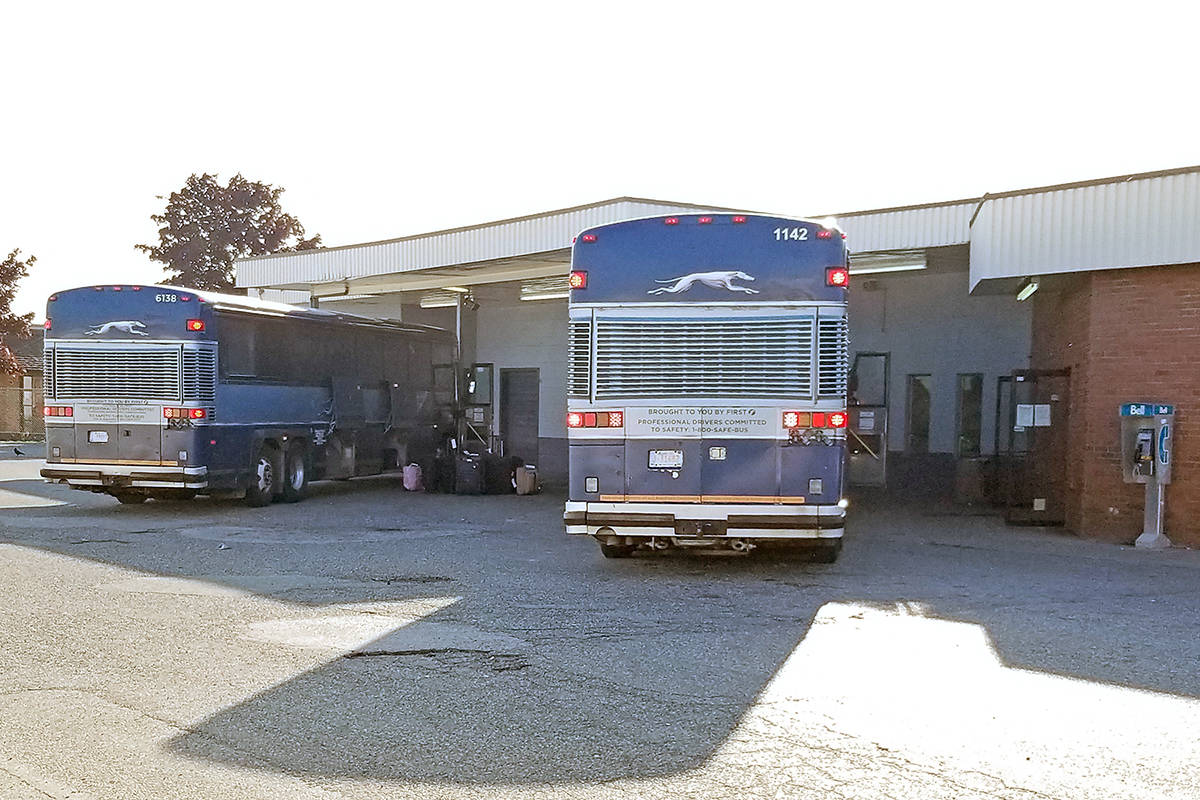