Those who have dreamt of attending the Hogwarts School of Witchcraft and Wizardry can get a glimpse of the castle during Halloween right here in Langley.

Now running in its fourth year creators of the Whimsic Alley Halloween house draw inspiration from the Harry Potter series, according to organizer Caitlin Wiebe.

“Our theme this year is the fourth Harry Potter book and movie The Goblet of Fire and the inspiration behind it – my whole family and a friend of mine we’re all just really big fans,” she said.

The walk-through experience will take place from Oct. 31 to Nov. 2 from 5 to 10 p.m. at 7166 198th St. There is no admission fee, but the family is collecting non-perishable donations for the Langley Food Bank.

READ MORE: A good scare, for a good cause at Langley home for Halloween

“We made it fun by separating cauldrons for the four Hogwarts houses, and they can put their donations into whatever cauldron they like, and the cauldron with the most items in it at the end of our run will be the house that wins the House Cup,” explained Wiebe.

“I definitely noticed lots of Hufflepuffs and Gryffindors, but I think that’s just kind of the Canadian personality,” laughed Wiebe.

The family plans to continue to move through the books in the series each year, but isn’t sure how they will incorporate the books from the latter series when the story gets a little more dark.

“The display is meant to be family-friendly,” Wiebe explained.

Those planning to take in the experience are encouraged to dress up. Wiebe said there will be plenty of photo opportunities.

“We get lots of really dedicated Harry Potter fans that are so excited to come and see it,” she said. “It’s even introduced some of our neighbourhood kids to the series as well, and they’ve started reading them as well.” 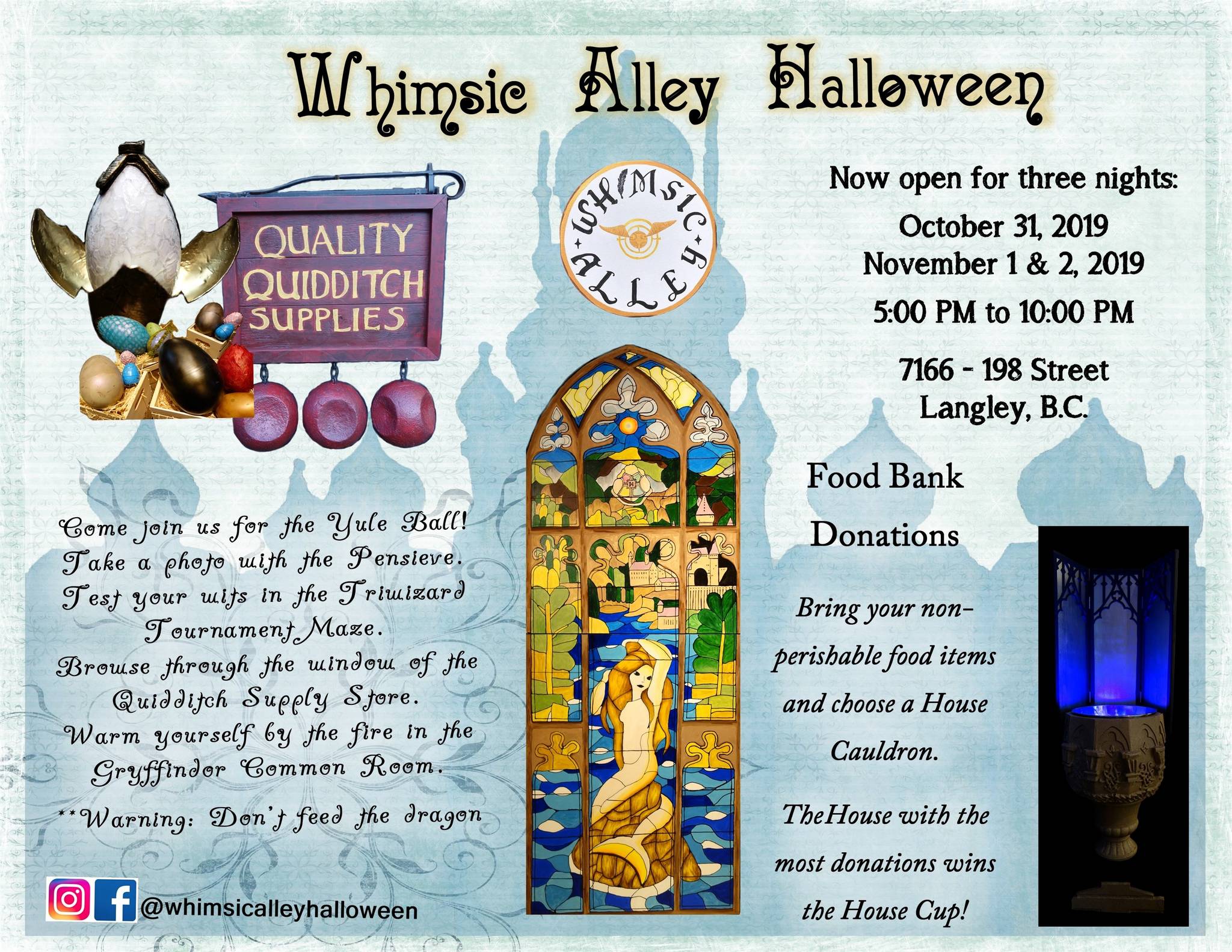 VIDEO: Man in his 20s in hospital following shooting in Abbotsford