Downtown Langley City was behind police tape much of the afternoon on New Year’s Day, all due to a box of garbage.

A heavy police presence had a chunk of the City core, in 20400-block of Douglas Cres., blocked off for about three hours on Jan. 1.

In the meantime, Langley RCMP had multiple squad cars on scene and blocked off a large area of downtown Langley around 204th Street and 56th Avenue, along Douglas Crescent. The Langley Mall/No Frills parking lot was taped off, and the area in front of City hall along Douglas Crescent was also behind tape.

Police also had vehicle and pedestrian access on multiple side streets in the area blocked off for several hours.

After further investigation, the package proved to simply be a box of garbage, Largy confirmed late in the afternoon.

“EDU has now inspected the package and found it to be a very neatly wrapped box of garbage. The area has been cleared and traffic has resumed its normal pattern,” she said. 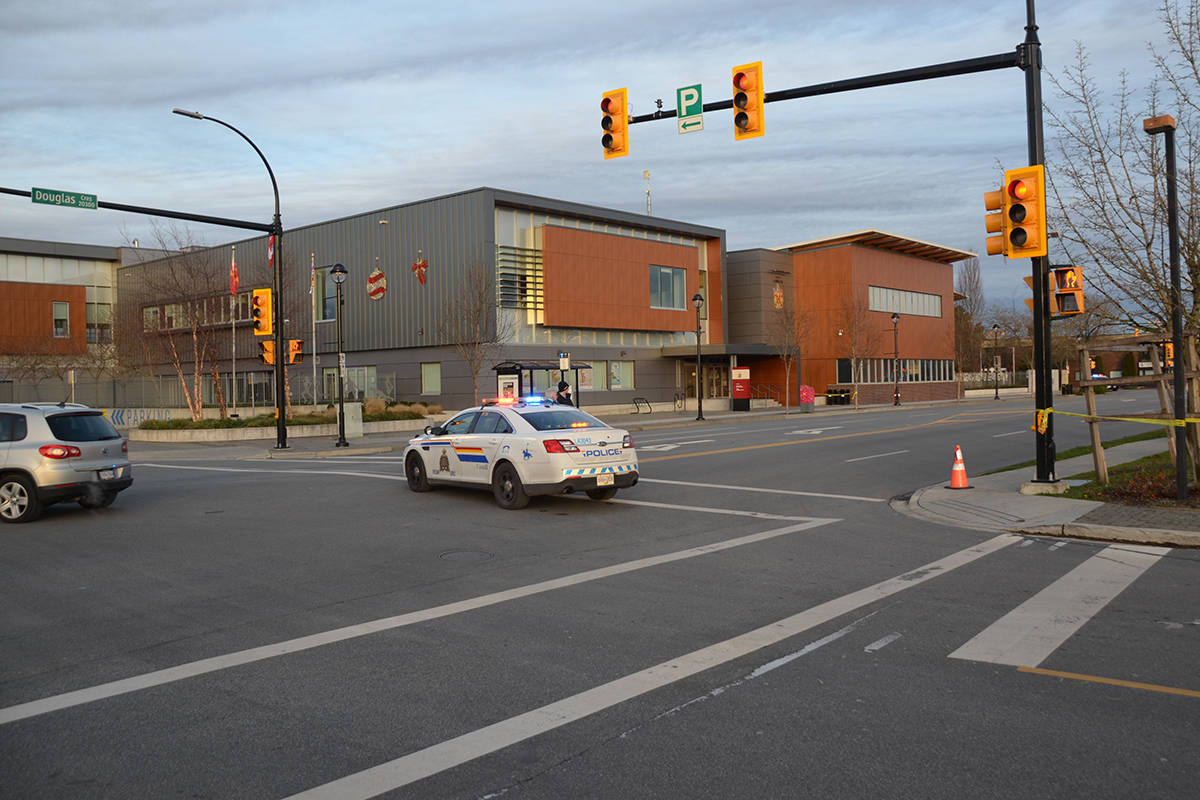 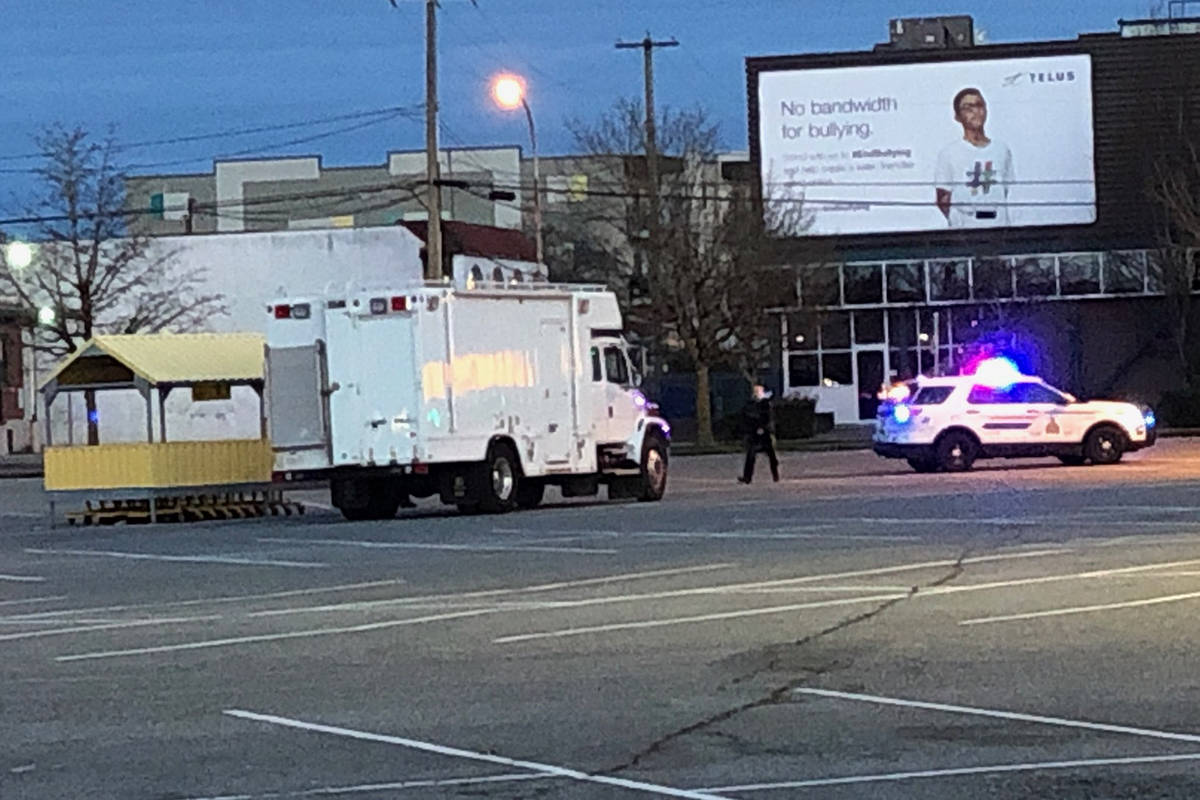 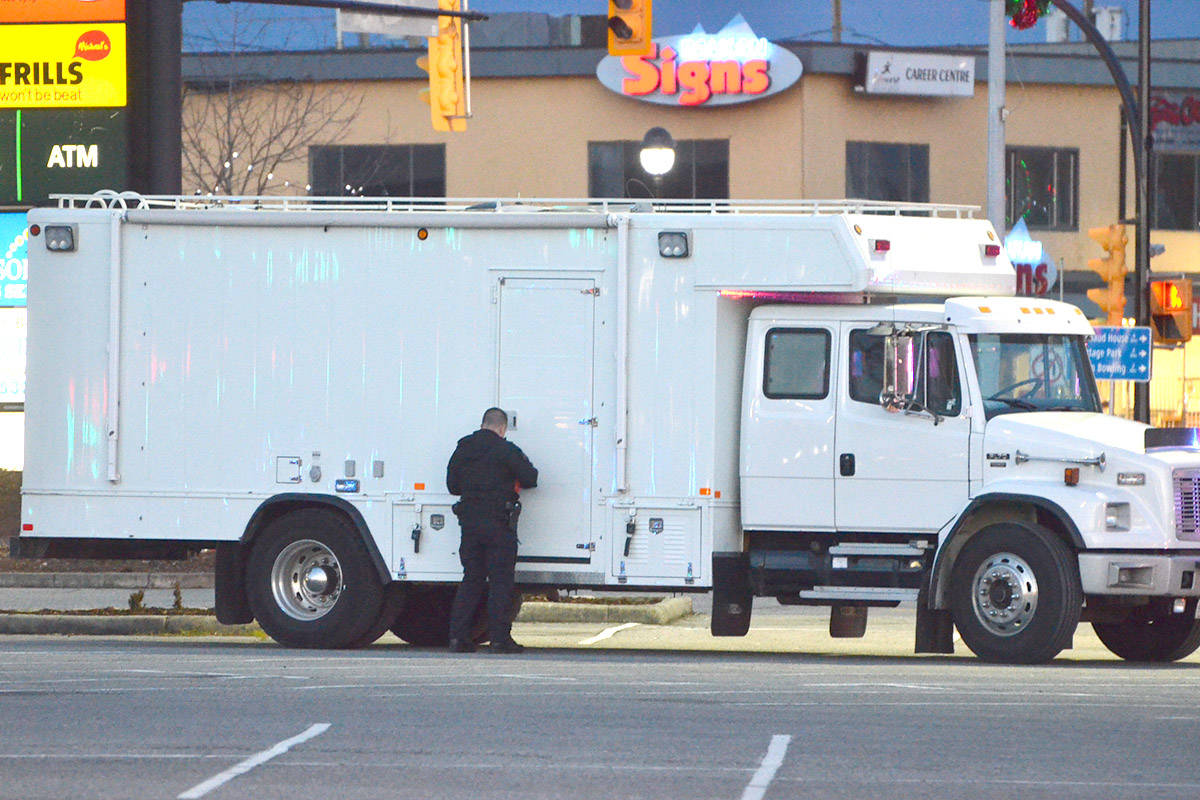 Significant police resources were tied up as they investigated an unattended item in a bus shelter on Tuesday. (Heather Colpitts/Black Press)