Sandra Reams, the live-in caretaker who looks after the landmark, said about four feet of water seeped into the basement of the house, taking out the water heater and furnace. 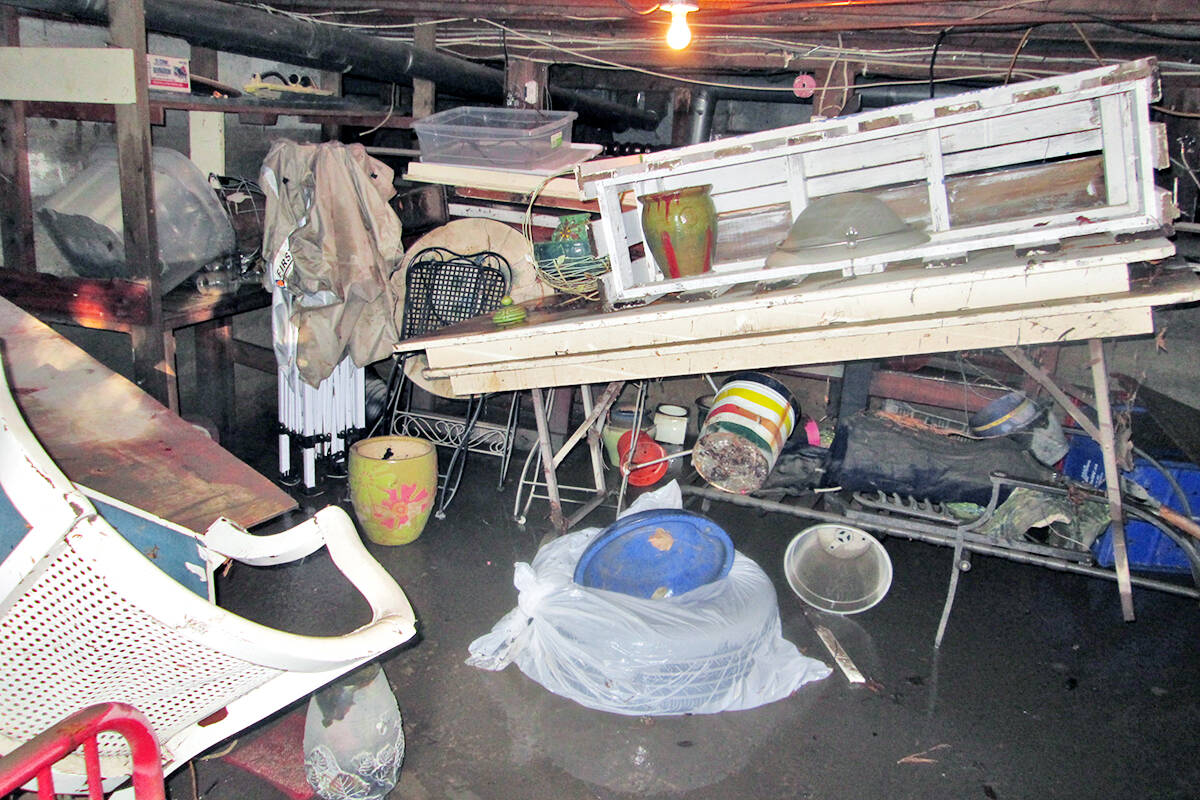 Water from the overflowing Nicomekl flood plain filled the basement of the oldest house in Langley, the historic Michaud house at 5202 204th St. (Sandra Reams/Special to Langley Advance Times)

It is the worst flooding she has seen in her 24 years at Michaud, with the overflow spilling into the back yard of the house at 5202 204th St.

“It came up to the top of my raised garden, which is about three feet tall,” Reams reported.

After living “pioneer-style” for a few days without heat or warm water, Reams said the hot water tank has been replaced and quotes are being sought for a replacement furnace.

Michaud House, the oldest house in Langley City, was built in 1888 by Joseph and Georgiana Michaud, the first French Canadian family to settle in the Langley area. It was once a thriving dairy farm while the very first Roman Catholic mass was said to take place inside the house.

The structure was designated as a heritage site in 1980 and underwent restorations.

Today, Michaud House is still owned by the City of Langley and sits on an 8.54 acre parcel of land which is primarily floodplain.

A 2008 agreement had the Langley Heritage Society take over responsibility for the house, one of several under its care.

According to Environment Canada, 52.4 millimetres of rain fell in Langley on Monday, Nov. 15 beating the previous all-time record of 28 millimetres set in 1985.

It was part of an “atmospheric river” that happens when columns of moisture gather over the Pacific ocean in warm water plumes and travel in a band of vapor, bring torrential downpours.