One person was sent to hospital with what police called “life-threatening injuries” Saturday morning after an eastbound vehicle collided with a semi-trailer truck that had apparently broken down on Hwy. 1 just before the 200 Street overpass in Langley around 6 a.m.

The truck driver was uninjured.

The crash left the eastbound lanes of the freeway closed for most of the morning.,

Port Mann Traffic Services and the Integrated Collision Analysis and Reconstruction Service are investigating the cause of the crash, Const. Halskov said.

Anyone with information who has not already spoken to police is asked to call Port Mann Traffic Services at 604-526-9744.

It appeared that a Toyota Highlander SUV and a semi-truck were involved in the collision. 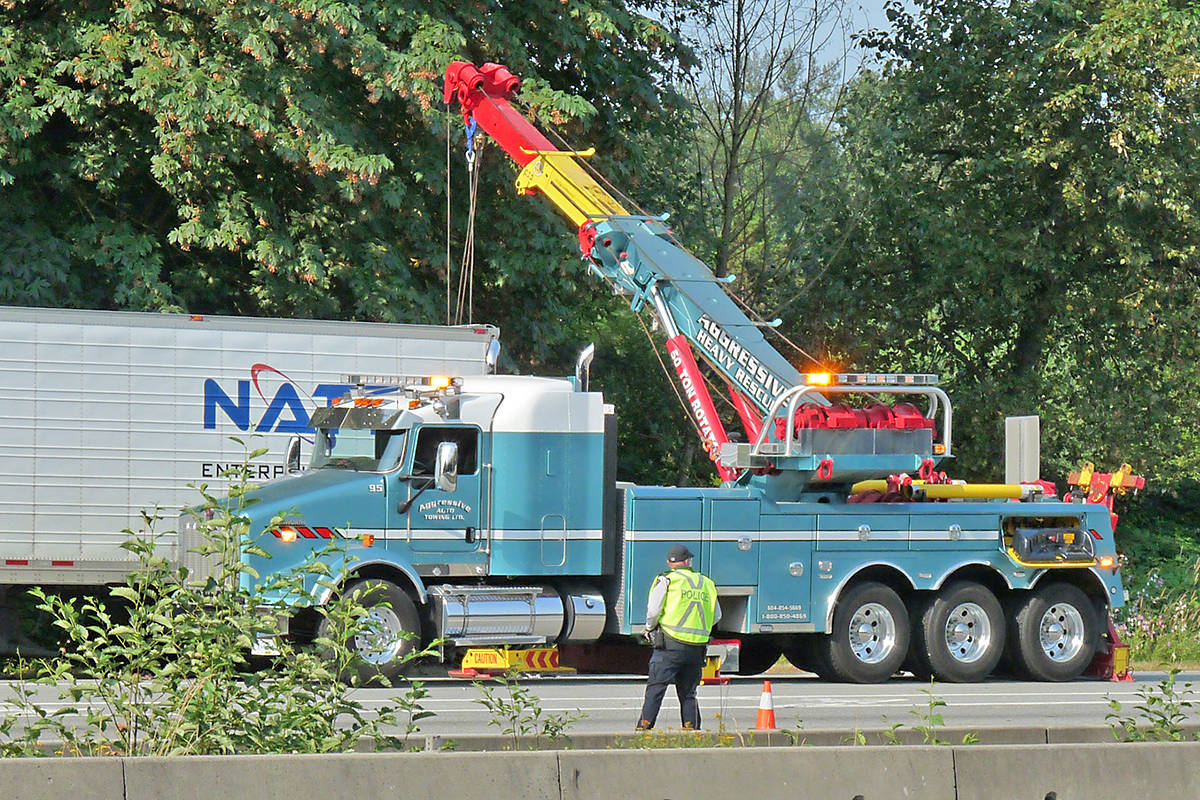 One of several tow trucks called to the scene. Dan Ferguson Langley Times 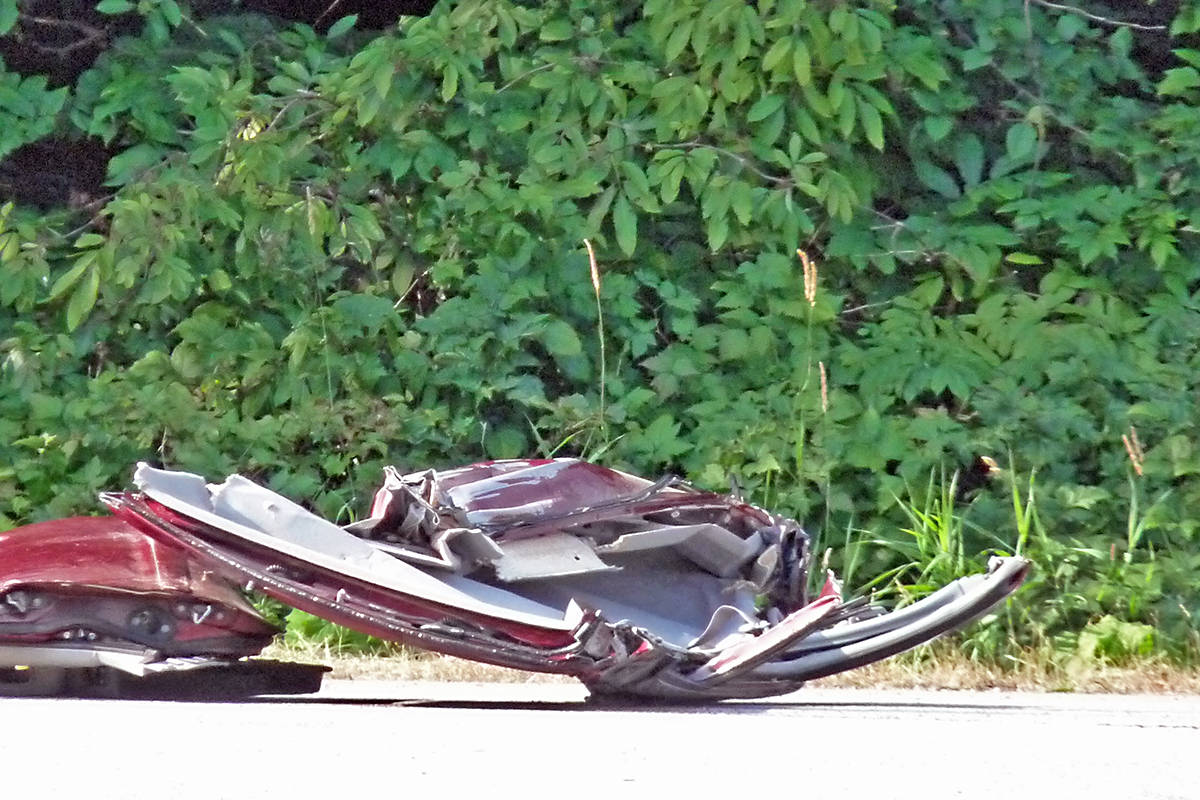