About 40 people lined up along the 232 Street overpass over Hwy. 1 in Langley Saturday morning to protest a United Nations accord on refugees that they believe will mean Canada will have less control over who gets into the country.

They waved Canadians flags and carried placards with messages like “Canadians own the borders,” “Say No to the UN” and “No UN immigration pact.”

Gray called the UN document a “transfer of sovereignty” to an unelected body with ambitions of being a world government.

Organizers said the Langley rally was part of a national protest against the UN ‘Global Compact for Safe, Orderly and Regular Migration and Sustainable Development Goals’.

Canada is set to become one of about 170 countries to adopt the principles outlined in the 36-page document that aims to set best practices for managing migration humanely and efficiently.

United Nations members are scheduled to endorse the compact at a Dec. 10-11 meeting in Morocco.

However, several countries have recently withdrawn support for the document, including Italy, Austria, Poland and Hungary, arguing it will restrict their ability to control immigration.

Scheer also warned it could restrict how Canadian media report on immigration issues, a reference to language in the document that calls for “independent, objective and quality reporting” on immigration while de-funding media outlets that promote “xenophobia, racism and intolerance toward migrants.”

Federal minister of immigration, refugees and citizenship Ahmed Hussen has defended the compact, saying it is a “useful framework” that is not legally binding on the nations that sign it.

A written statement issued in advance of the Saturday protests said the B.C. demonstrations were jointly sponsored by several groups including Kari Simpson of Culture Guard and Tanya Gaw of the Canadian Coalition for Responsible Government (CC4RG) who both attended the Langley rally.

A joint statement issued by Simpson and Gaw said the groups are deeply concerned that the proposed ‘compact’ will come at the cost of national sovereignty, security and individual Charter rights.

They warned the pact “gives huge influence over Canada’s immigration policy to a foreign body” and will make migration “a universal human right, without respecting the rights of citizens in receiving countries.”

“Canadians will be compelled to promote the cultures of migrants over their own,” the statement said.

“The Prime Minister has too closely aligned himself with the United Nations, which has devolved from a world forum for peace into a hot-bed of anti-Semitism and hostility to Western values,” Simpson said.

“The Goals of the UN Compact for Migration are unrealistic and must be rejected,” Gaw said.

“In complete contrast to the totalitarian, communist and socialist cultures from which these migrants are fleeing, Canada’s rule of law and values are founded on Judeo-Christian principles, inherited through our British Commonwealth from the Magna Carta,” Gaw added. “Without that, Canada will no longer be known for its unique virtues, but will become a post-national state with no core identity.

Other rallies were scheduled in Burnaby at the Willingdon overpass and in Chilliwack at the Vedder overpass.

Simpson, a Langley resident and the founder of Culture Guard and the Langley chapter of Parents United Canada, has also campaigned against SOGI, [Sexual Orientation and Gender Identity] lesson plans, saying they ” incorporate well-known brainwashing techniques, designed to create confusion in children [about their sexuality].”

Simpson objected to flying a rainbow flag at Langley City hall, saying it was oppressive to non-gay people and demanding the City fly what she described as a “Canadian Judeo-Christian Flag” on the same pole as the rainbow flag. 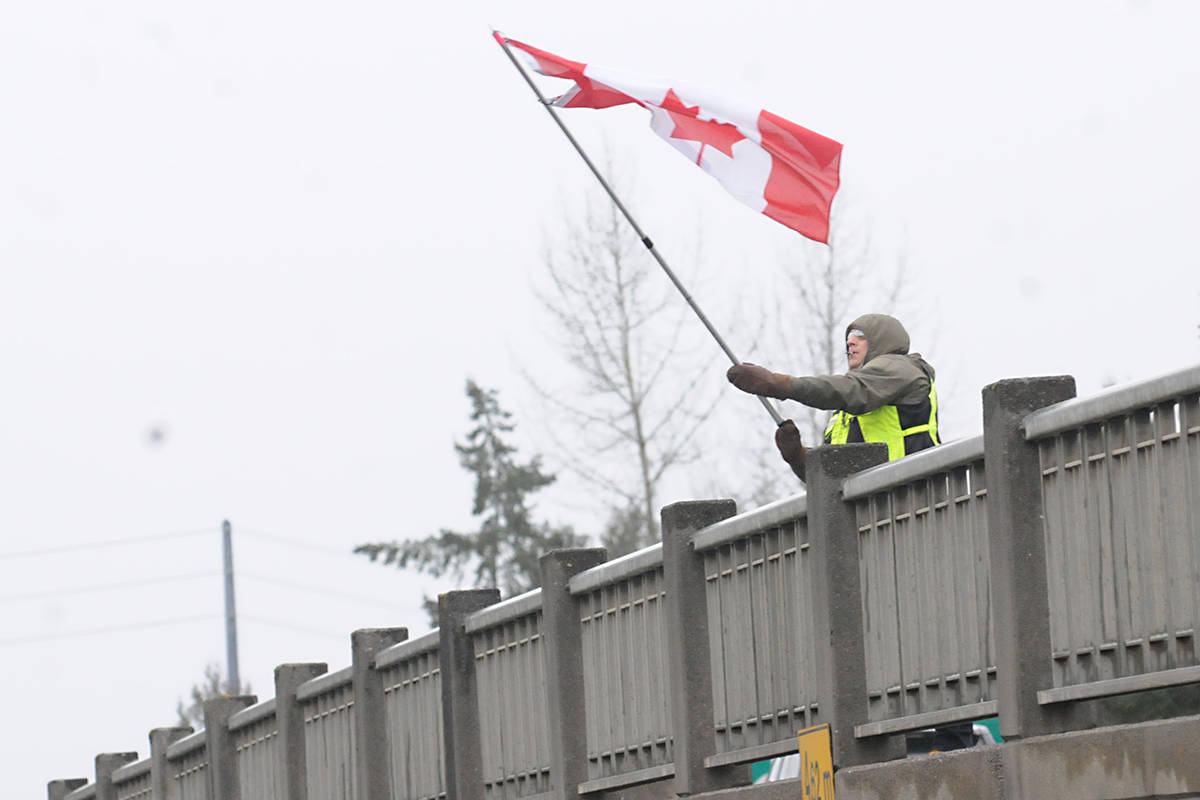 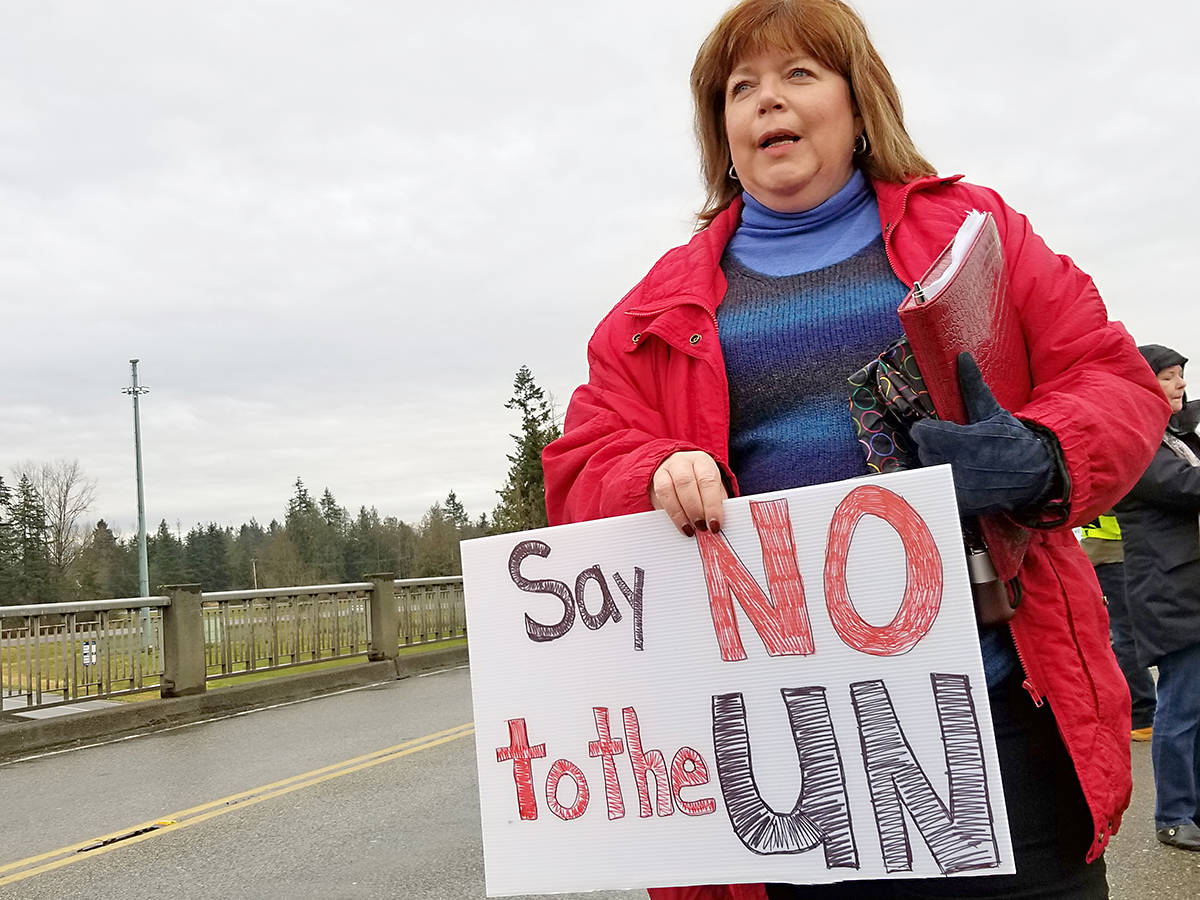 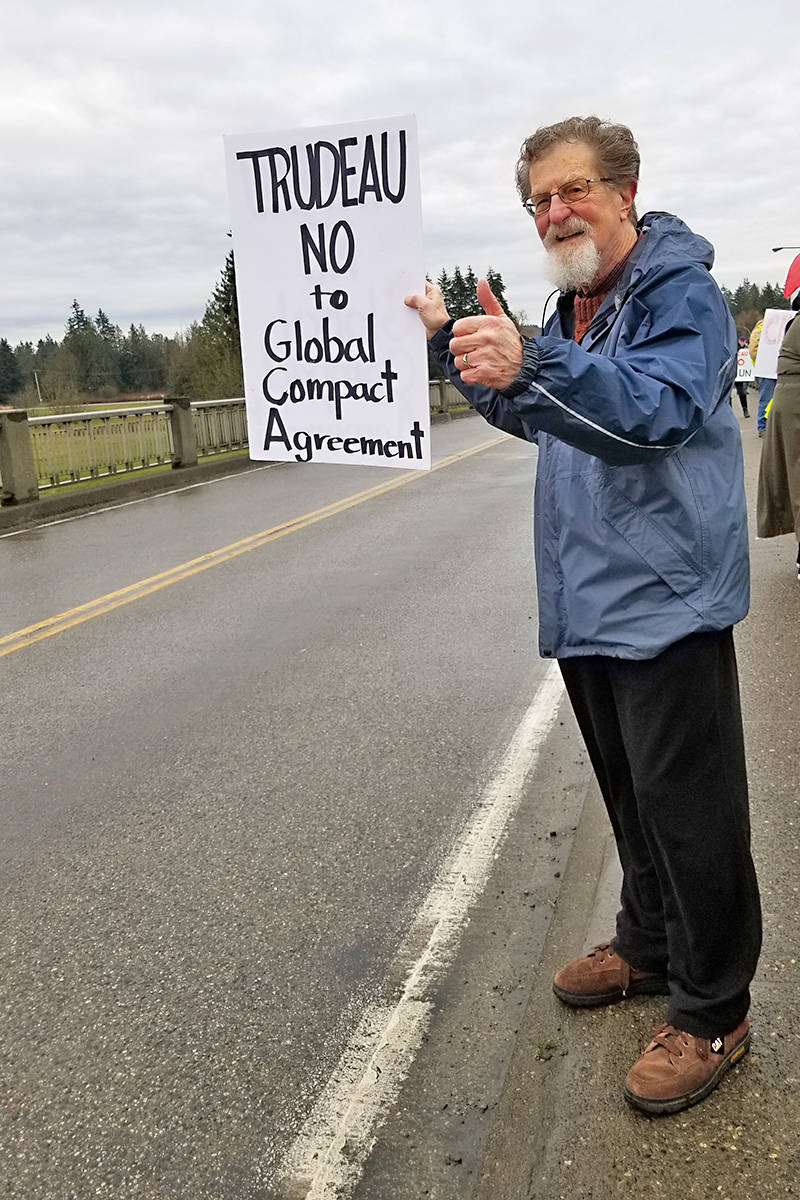 Half of Canada’s chinook salmon populations in decline: scientists